Since 1998, Chad has been cooperating with the World Bank and the International Monetary Fund in the context of poverty reduction and structural adjustment programs. Since May 2001 he had qualified for admission to the circle of HIPC countries (Heavily Indebted Poor Countries). To this end, Chad published a Poverty Reduction Strategy Paper in 2003 and a Progress Paper in 2007. The cooperation came to a standstill in 2008 due to the failure of the Chadian side to fulfill its commitments, has been resumed in recent years and in April 2015 Chad reached its debt relief point and thus the debt relief. For Chad, this means in concrete terms debt relief of 30 million euros and access to new loans and aid. The National Development Plan for Chad 2017-2021 can be viewed at Unesco.

According to extrareference, the last Poverty Reduction Strategy Paper for Chad was published in June 2013.

The letze report of Chad to implement the Millennium Development Goals (MDGs) was created in 2010, the latest data of Chad in terms of the indicators raised the MDGs in 2010 and in January 2011th

The post-2015 development is described with the goals of the 2030 Agenda for Sustainable Development, the Sustainable Development Goals (SDG), agreed by Chad at the end of 2015 together with the other representatives of the international community. The poverty, which affects the rural population hardest, has been inadequately combated in the past decade. Responsible for this are both the poorly developed health system, which cannot guarantee the supply of the rural population, and natural conditions such as desertification, soil erosion, droughts and floods, which expanded into a Sahel crisis in 2012.

Access to agricultural know-how, technologies and cheap loans, which could promote higher productivity and thus better supply, are also mostly denied to the rural population.

In addition, especially in eastern Chad, there is the struggle for resources between the village population and the refugees from Darfur.

The civil society actors, i.e. associations, cooperatives, the press, trade unions and non-governmental organizations (NGOs) are only underdeveloped in Chad compared to other African countries. After the prolonged political unrest, civil society structures have slowly emerged since the mid-1990’s. There are now a number of national and international NGOs registered in Chad, but they are all active in different ways. The poor infrastructure in the country makes the work of all NGOs more difficult.

The local NGOs therefore mostly limit themselves to the urban centers, the rural areas remain undersupplied. Since the Chadian state does not fulfill its central social tasks in many areas and has only limited capacities, many self-help initiatives have emerged in recent years. However, they lack financial and human resources and they can often develop little effectiveness without support and advice. In order to strengthen this, partnerships are often concluded with foreign NGOs, as in the example of the APLFT (Association for the Promotion of Fundamental Freedoms in Chad), which worked as a partner organization with Swissaid.

Above all, human rights organizations such as the Association Tchadienne pour la Protection et la Défense des Droits de l’Homme (ATPDH) and Ligue tchadienne des droits de l’Homme (LTDH) and Chadian non-governmental organizations that work in the sensitive area of oil production and its effects exposed to multiple attempts of intimidation and threats.

The regional church organizations such as Belacd and SECADEV do a large part of the support work. The Inades educational institute, which is active nationwide in large parts of Africa, mainly conducts training in the field of rural development. Inter-réseauxsees itself as an organization for the promotion of rural development, especially in the sub-Saharan region. The Université Populaire is an educational institution that was founded in 1994 and offers advanced training for civil society on many levels and aims to advance the democratization process.

In Chad, international development efforts focus primarily on poverty reduction programs, good governance and supplying the refugee areas in the east and south of the country. France is the most important bilateral donor alongside the USA, Switzerland and the Dutch.

The most important multilateral donors are the European Union, the African and Islamic Development Bank, UNDP and the World Bank. In November 2013, the EU pledged an increase in development aid for the period 2014-2020 as part of the 11th European Development Fund.

At the end of 2005 there was tension between the Chadian government and the World Bank. The Chadian government had practically canceled the law on financing a future fund, which was a contractual condition of the World Bank to finance the project. Shortly afterwards this conflict was decided in favor of the Déby regime. The World Bank allowed that the transparency in the use of the oil revenues decreased and the expenditures for development measures in favor of military expenditures decreased.

As a consequence, the World Bank withdrew from the project in September 2008 and only partially reopened its office in Chad in January 2009.

Selected examples of organizations and their engagement and projects in Chad

The bilateral development work, which was not insignificant, was concentrated in Chad on poverty reduction projects. Between 2000 and 2011 there were 716 German development aid projects in Chad. In addition to emergency aid, the focus was on support measures in decentralized rural development (including water supply, primary education), democracy promotion, health care and the management of natural resources.

In 2008, Chad lost its status as a partner country in bilateral development cooperation due to the government’s lack of development orientation. The bilateral cooperation ended in 2011/12, but the emergency and transitional aid programs remain in place. Refugee projects, measures to protect human rights and projects in the area of conflict prevention have been supported since then.

In May 2016, the Chad V bilateral debt relief agreement was signed, which includes the waiver of the Chadian financial arrears (EUR 0.2 million) and the cancellation of Chadian debts to Germany. 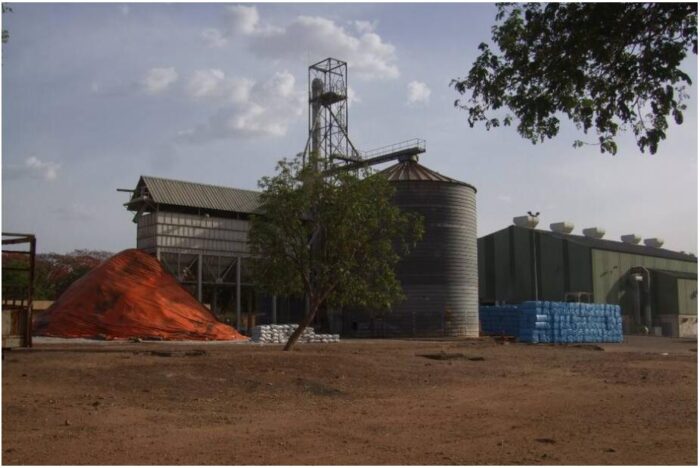