Form of government and constitution

According to the constitution of April 14, 1996 and based on the French model, Chad is a presidential republic with a multi-party system, but with strongly autocratic features.

The constitution was passed by referendum on March 31, 1996 with 61.5% of the vote. It was developed by the Sovereign National Conference during a three-year transition phase. However, her task was made more difficult by the fact that she first had to deal with the previous decades of violent conflicts.

Since 2000, the ruling party MPS has sought a constitutional amendment that removes the limitation of the presidency to two legislative periods. In a joint declaration, almost all opposition parties have spoken out sharply against Déby’s attempt to allow further re-elections in this way. The constitutional amendment was nevertheless adopted by parliament in May 2004 and by the people on June 6, 2005. This was preceded by serious allegations by the opposition about election manipulation, which was maintained after the election.

According to businesscarriers, a new constitution has been in force in Chad since May 2018, which gives the president additional powers. Cabinet members and the judiciary are now directly subordinate to the president and the position of prime minister eliminated. The separation of powers is thus de facto abandoned.

The President of the Republic is the Commander-in-Chief of the Armed Forces and Head of the Council of Ministers (Cabinet of Government) and as such appointed the Prime Minister, who in turn forms the government. However, since the constitutional amendment in 2018, the office of prime minister has been abolished. The separation of powers no longer exists since the constitutional amendment in 2018.

The president was elected for five years, and since the change in 2018 for six years, by direct majority voting, with the possibility of a runoff between the two first-placed candidates. The constitutional amendment, adopted by the people in parliament and by referendum, has allowed the president to exercise several mandates since 2005.

The constitution stipulates the legal basis for the separation of powers, the multi-party system, basic rights and decentralization, although the conditions for the latter, for example, have not yet all been met. Since September 1999, new administrative units have been formed several times (since 2012 there have been 23 regions with 95 departments since August 2018). The second chamber of parliament, ie the Senate, as the legislative power and representative of the local authorities, has not yet been created.

The National Assembly (Assemblée Générale) as the first chamber of parliament had 155 members until 2010, who are elected by the people for four years. However, the MPs have already extended their mandate several times without authorization. After the census, the number of MPs has now been adjusted and increased to 188.

The legal system of Chad is characterized by the coexistence of different systems, state, traditional, local (different from ethnic group to ethnic group) and Islamic law.

The state Chadian legal system is based on French colonial law. French civil law from 1958, for example, has been applied in modified form to this day, while other areas of law, such as criminal law, have been redefined by national legislation. A uniform, new family law has been the subject of heated debates for years and various passages in the criminal law were changed in this regard at the end of 2016.

The judiciary is only formally independent and is under pressure from the executive branch. In addition to insufficient human and material resources, the system is in great need of reform. Corruption and nepotism at all political and administrative levels hinder development opportunities and transformation processes.

The court with the Cour Suprême is formally the highest legal authority in the country.

The police, gendarmerie, army and Garde Nationale et Nomade (GNNT) are responsible for internal security. However, corrupt structures prevail here too and most security posts are occupied by people close to the government or members of the president’s clan or ethnic group. The security services are repeatedly accused of attacks on the civilian population, arbitrariness, torture, enforced disappearance and rape, whereby the perpetrators can almost always count on impunity.

Because of immense irregularities in the entire police apparatus, the president dismissed two high-ranking ministers from his government in mid-February 2013 and announced investigations into nepotism and corruption.

Due to the inadequate structures described, a weak state and a weak judiciary, crime continues to spread, so that those affected often resort to vigilante justice. Attacks on aid workers, mostly with the aim of stealing valuables and, above all, vehicles, are also increasing, particularly in the east of the country.

Weapons: Due to the generally tense security situation, legal vacancies and great support from external actors (e.g. Sudan), weapons deliveries to the various rebel groups increased fivefold from 2004 to 2008 compared to previous years. This, as well as the glut of weapons in northern Chad caused by the unstable situation of the northern neighbor Libya since 2011, have led to further militarization and uncertainty throughout the country.

Mines: The risk from landmines is mainly in the north of the country (Ennedi, Tibesti) since the mining acutely the area during the Libyan-Chadian conflict over the aouzou strip from the mid-70’s. According to the International Campaign to ban Landmines, more than 280,000 people are threatened by mines and since 2006 the danger of live unexploded ammunition (UXO) used in rebel attacks has also increased dramatically.

Mine clearance projects are repeatedly hampered by the unstable political situation in the affected areas. A comprehensive analysis of the situation and increased awareness-raising work should contain the risk. 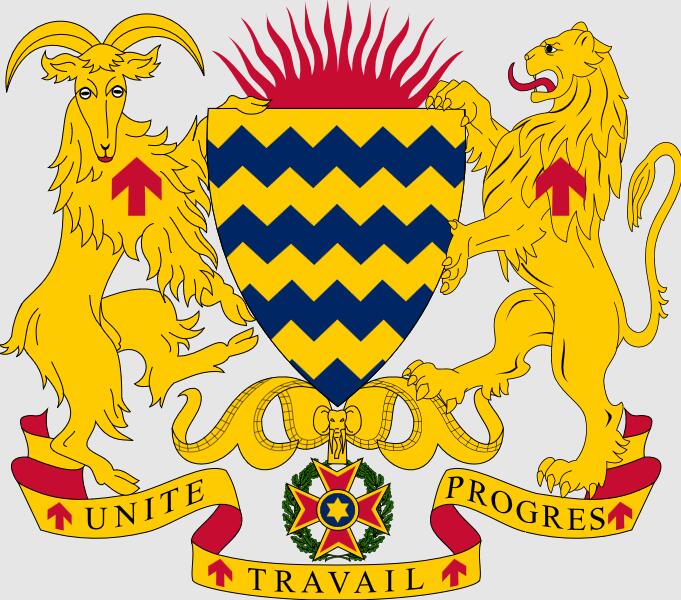