Theater in Africa can be divided into various main sections, such as theater south and north of the Sahara, with traditional theater and dance forms emerging from centuries-old traditions. In addition, European-influenced theater comes in English or French. The situation is characterized by a mix between some of these, and a large number of African theater companies are emerging.

The ritual theater and dance forms evolved from religious rituals, and were mask dances in honor of the ancestors. These forms evolved in the direction of reproducing complex actions and situations, were often associated with royal courts and took place outdoors, as one knows from the Yoruba special theater form in Nigeria. The question of when such ritual modes of expression can be said to be theater is answered differently by the researchers, but there seems to be agreement that just the Yoruba people’s theatrical mode of expression apidan developed early into a regular theater form with different dramatic genres. Other such traditional forms were the kama -lon of the bama people, Madagascar’s mpilalo and the puppeteer’s kwagh-hir puppeteer.

The European influence that came with the colonial powers gradually became evident in African theater. Gradually, modern forms of theater developed in domestic languages, such as in Ghana in the 1920s with Concert Parties and Yoruba Opera in Nigeria in the 1940s. The European influence was mainly distributed in the languages ​​of the most important colonial powers, English and French. This development was again linked to the emergence of theater institutes at some of the universities of the 1950s, such as in the English-influenced countries of Ghana and Nigeria. This also led to the emergence of an African drama in either domestic or colonial languages.

Developments in English-dominated Africa were basically stronger than in French when it came to the progress of local drama and theater, because the British encouraged the indigenous culture to a greater extent. This laid the groundwork for playwrights such as Wole Soyinka and John Pepper Clark in Nigeria, and in Ghana a special theater environment developed with other female playwrights such as Efua Sutherland and Ama Ata Aidoo. In French-speaking countries such as the Congo and Côte d’Ivoire, the strict view of French culture was gradually overcome, and own French-language playwrights and theater directors developed. Famous names are Bernard Dadié from Ivory Coast and Cheik Ndao from Senegal. One can point to a very dynamic theater activity in the French-speaking countries with groups such as Théâtre du Scorpion from Congo and Sanza Theater from Gabon.

In North Africa and other parts of Africa with a strong Islamic influence, the development of theater was strongly hindered by religion. Also in North Africa there is a dynamic theater life such as in Algeria with the Théâtre Citadelle. In South Africa, one can find a very own theater development characterized by both white and colored dramatists, directors and actors, the most famous of which is the playwright Athol Fugard, which has often been played in Norway. In 1963, the former national theater was replaced by four provincial councils who took over the responsibility of running state-sponsored theaters, and in these later interesting developments occurred. Theater in Afrikaans is influenced by European existentialism and absurdism, and by playwrights include Bartho Smit, Chris Barnard and André Brink. A theater run by black theater workers who objected to the apartheid system emerged in the 1970s with a group such as MDALI, short for the Music Dance Art Literature Institute. Mthuli Shezi’s piece Shanti meant a lot to develop solidarity in the colored population. Township musical is the term for a melodramatic genre that uses stereotypical characters and has a moralizing function. 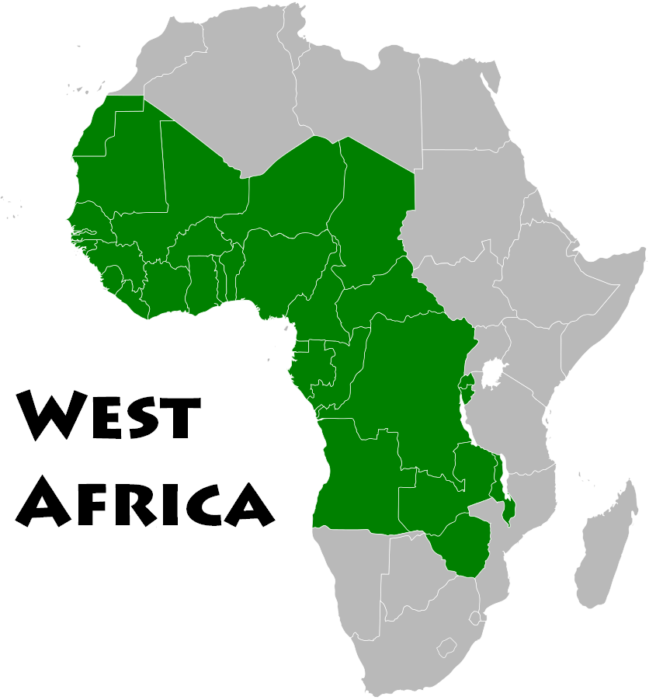 West Africa makes up a fifth of the area in Africa. The landscape consists of semi-arid plains and savannas south of the Sahara and lush forests along the coast. The rest is desert. Previously, the area was British and French colonies. British West Africa, in summary, was the name of the former British colonies of West Africa which covers British Cameroon, The Gambia, Gold Coast, Nigeria, Sierra Leone and Togoland while French West Africa includes Senegal, Guinea, Ivory Coast, Burkina Faso, Benin, Mali, Niger and Mauritania.

Sierra Leone is a republic in West Africa, off the west coast of Africa. The country borders Guinea in the north and east, and Liberia in the south. Sierra Leone became independent in 1961 and republic in 1971. The country was haunted by corruption, civil war in the period 1991–2002 and an Ebola epidemic in […]

Senegal. From the island of Goree outside Senegal’s capital Dakar. The island was once an important port for the shipment of slaves from West Africa. Archaeological finds show settlement in Senegal at least 15,000 years ago. Wolof – and serer people immigrated from the northeast around 500 AD Islamization was begun by the Almoravids in […]

According to COMPUTERGEES, Senegal is a republic located in West Africa. Its official name is République du Senegal, Republic of Senegal. It is bordered to the north by Mauritania, to the east by Mali, to the south by the Republic of Guinea and Guinea-Bissau, and to the west by the Atlantic Ocean. The Gambia, a small and very narrow country, which stretches along the Gambia River, […]