The backbone of the transport network is the road network that was added during the 20th century. It has grown from 2,200 to 18,000 km after World War II, of which 1/3 is asphalted. During the socialist period, private motoring was prohibited by law, but as this legislation was amended private motoring grew rapidly. 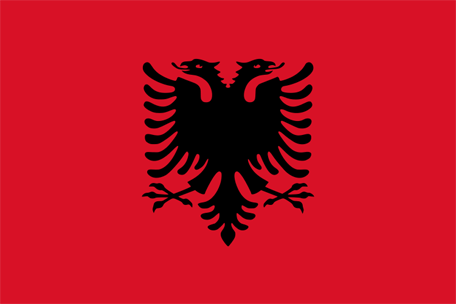 Since the Durrës – Peqin railway line was opened in 1947, a total of 677 km have been built, mainly in the coastal country. The rail network, which consists of single tracks throughout, is not electrified.

The most important port is Durrës. Ports are also found in Vlorë, Sarandë, Shëngjin and Himarë.

The flag was initially horizontally divided into yellow and red, the heraldic colors of the Countess of Foix, who was the country’s then proprietor. It was changed in 1866 to vertically divided tricolors, whereby blue was added, and then became a combination of the colors of Spain and France. The yellow center field contains the state arms. 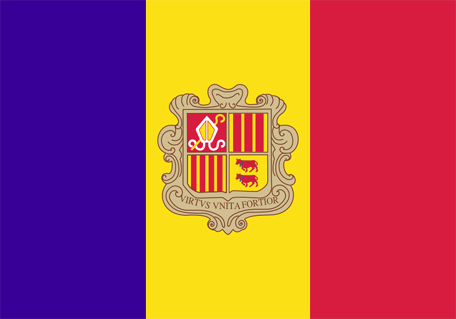 The transport networks were seriously damaged during the civil war in 1992-95 and during the following ten years they were repaired with financial support from abroad. Subsequently, the country’s transport investment has mainly gone to expand the road network and improve its capacity. Nowadays, the major roads are mostly hard-paved. At the end of the 1990’s, the country’s first highway, a north-south, multi-lane road between Zenica and Mostar, was built. The vast majority of both passenger traffic and freight travel on country roads. Between major locations there are good bus connections. 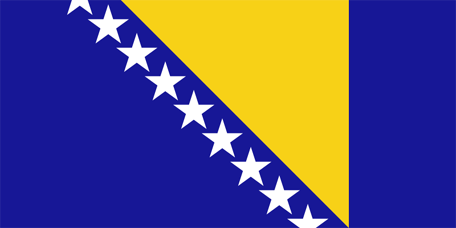 The railway network is limited, neglected in terms of investment and therefore in worse condition than it was before the war. It consists mainly of a north-south connection, mainly through the Federation of Bosnia and Herzegovina and connected to the capital Sarajevo, and an east-west connection via Banja Luka in the Serbian Republic (Republika Srpska). The two regions have separate railway companies. Poor track quality, inferior car fleet and a completely outdated signal system mean that trains are forced to run very slowly, with a maximum permissible speed for the passenger trains on the most important line of 70 km / hour.

Newly purchased modern express trains cannot be used, as there were no resources to improve the railways at the same time. Most of the network is electrified, but less than a tenth is double-track. Passenger trains are very rare and account for only about 5 percent of all travelers in the country. At Sava, the border river with Croatia in the north, there is limited river traffic.

Four of the country’s approximately 25 airports have international connections. By far the biggest is Sarajevo International Airport, which is also the base for the country’s airline, BH Airlines. This was jointly owned for a few years by the Federation of Bosnia and Herzegovina and a Turkish company but was then completely taken over by the Federation of Bosnia and Herzegovina. It is one of several examples of how the state has taken over a business after a failed privatization. The other three international airports mainly have seasonal charter services, especially those located in Mostar. The former military airport in Tuzla has now been opened to civil, international traffic.

The railway network is the densest in the river valleys and in the plains of the northern parts of the country (including the main line from Austria to the southern part of the Balkan Peninsula). Due to the sharp cut topography, only a few paths go from the inland to the coastal zone. The most important country roads in Croatia are the main route running in the Savadal valley between Central Europe and Greece and the so-called magistral along the Adriatic Sea. To this is added a complementary transverse road network, limited to a few valleys. 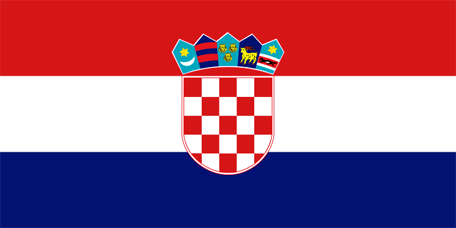 Croatia has six international airports, of which Zagreb is the largest. The leading port cities are Rijeka, Zadar and Split. Both coastal shipping and river traffic are significant.

The country’s sharp-cut topography has noticeably affected the communications, which are dominated by a north-south main line. The railway network, which covers 2,500 km, is low in capacity and electrified only in certain parts. The most important railway junction is Thessaloniki. The road network underwent a significant expansion during the junction period 1967–74 and in 2009 covered 117,500 km. 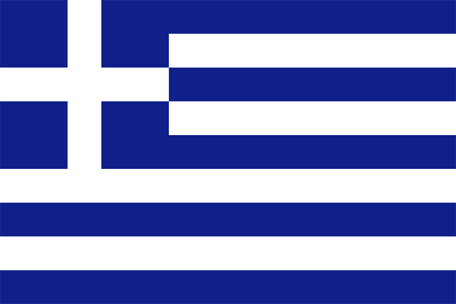 The large number of islands and a poor road network in the coastal zone make shipping important. The largest trading port is Eleusis, followed by Thessaloniki, Piraeus and Volos. Important for domestic shipping is the 21 m wide and 8 m deep Corinth Canal, which intersects the Corinthian nose. The number of car ferry lines is constantly increasing. Greece has nine international airports and an extensive domestic flight. Based on rankings by Countryaah that ranks all European countries, Athens is an important center of air traffic in southeastern Europe.

Italy has 20,200 km of railways (2014), of which 12,500 km is electrified, and most of it is operated by the Italian state railways, FS (Ferrovie dello Stato). To a lesser extent, private railway companies are responsible for the operation. The rail network is the densest in the north around the major industrial cities. 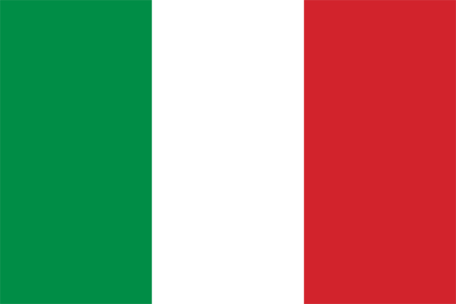 The Italian road network covers 487 700 km of road (2010). The body consists of a motorway system covering 6 700 km. The highways, which have been built and operated by both state and private consortia, are usually chargeable and can be found in all regions of the country except Sardinia. The expansion is still ongoing and has meant much-needed relief from the country’s other national roads, some of which go back to the Roman Empire’s extensive road network. The car density is very large.

Italy’s long coast and large islands have contributed to the development of shipping. The merchant fleet comprises more than 600 vessels and has a large element of oil tanks and passenger ferries. Genoa, Taranto, Trieste, Augusta in Sicily and Venice handle the largest volume of goods and petroleum products, while the most important passenger ports, alongside Genoa, are Piombino, Civitavecchia, Pozzuoli and Naples.

Civil aviation, which regularly serves about thirty airports, is extensive. About 20 Italian airports are currently operated to varying degrees by foreign airlines. The largest airports are Leonardo da Vinci (Fiumicino) outside Rome, Linate and Malpensa near Milan as well as Naples, Venice, Turin, Catania, Cagliari and Palermo.

The transport system is well developed. There is no railway, but paved roads connect villages and towns and ferries pass between the islands. There is also a well-developed bus network and many ports. Luqa International Airport, located in the middle of the main island, has many connections to cities in Europe and North Africa. 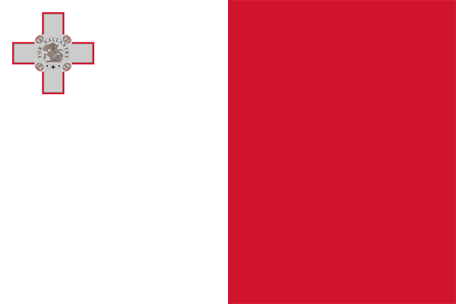 Although the country is small, it is difficult and very expensive to link its various parts with good land links. In the mountainous landscape, a lot of tunnels, bridges and viaducts are required. Since 2009, concrete development plans have been hampered by a lack of funding, and the state’s efforts to sell its majority ownership in various transport facilities have also not produced results. 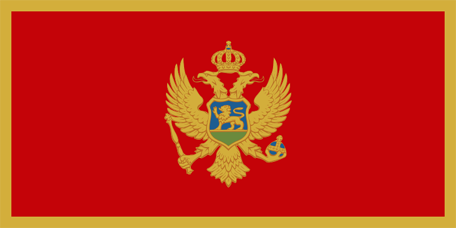 Roads. The continuous European route from the coast to the Serbian border is narrow, curvy and often difficult to reach in winter. There are far-reaching plans for a motorway from the port city of Bar through the country and further through Serbia to Belgrade. This road construction is in progress in Serbia but could not be started in Montenegro as the involved building consortia were unable to provide the necessary financial guarantees. In 2013, negotiations are underway between the state and Chinese investors. In the metropolitan area and on the coast, road connections are better. In 2010, there were 262 passenger cars per 1,000 residents.

railways. During the interwar period there were a number of short narrow-gauge railways. They had different track widths and were not connected to a continuous network. Between 1959 and 1976, the grid was upgraded to normal width, supplemented and electrified. The total track length is now 250 kilometers. The most important connection is the route through the country from the port city of Bar to Vrbnica at the Serbian border where it connects to the international rail network. One third of that connection goes through tunnels and up on viaducts. The second line is by far the most important freight transport line. There, bauxite from the mines in Nikšić is transported to the aluminum plant at Podgorica. After modernization, since 2012 it also has passenger traffic. A freight traffic lane is also available from Podgorica to Albania. Lack of maintenance during the 1990’s and the first part of the 1990’s meant that the railways became worse and more dangerous. Following a railroad disaster in 2006, overseas assistance started a review of repairs that are now ready for the northeastern part of the network. Railway connections to neighboring Kosovo and Bosnia and Herzegovina are lacking and some of these are not planned.

Shipping. The only container port and by far the most important export port are in Bar. The country’s limited industrial production and the few transport routes to states in the inner Balkans mean that much of the port’s capacity is not used. Bar also has regular ferry connections with Ancona and Bari in Italy, and also the port of Kotor has passenger traffic.

Flight. Montenegro Airlines is still completely state-owned. The plans for privatization have not been realized as buyers in economic crises have not been found. International airports are located in Podgorica and Tivat, located on the coast. There is no regular domestic air traffic.

Road traffic between Central Europe and Greece has long passed through today’s Northern Macedonia. During the 1990’s, the country was able to modernize the road network with the help of international aid. Apart from the main line between Belgrade and Thessaloniki in Greece, the railway network has not developed much. In northern Macedonia there are several domestic airlines. The country’s international airports are located in Skopje and Ohrid. 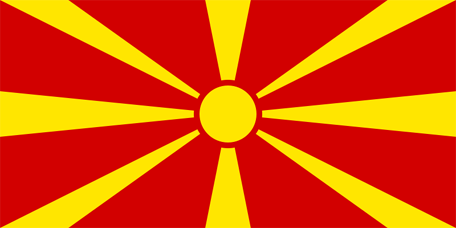 The road network covers 290 km. Local transport is provided by buses, and there is also bus service with Rimini. During the summer there are also buses to other coastal resorts and helicopter connection with Rimini. 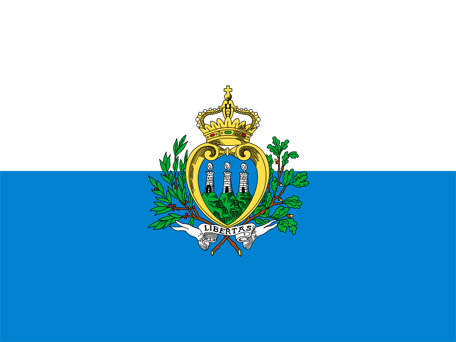 The transport network has significant shortcomings, but an expansion and modernization is ongoing. The rail network, which is largely broad-gauge (1,674 mm), covered 3,100 km in 2014. The main line goes between Lisbon and Porto. In general, the transport routes are concentrated to the coastal zone, with a north-south main axis. Lisbon has Portugal’s most important port, but there are also major ports in Leixões (Porto), Setúbal and Funchal. TAP (Transportes Aéreos Portugueses) has extensive international air services with Lisbon as the base. International airports also have international airports in Porto and Faro. 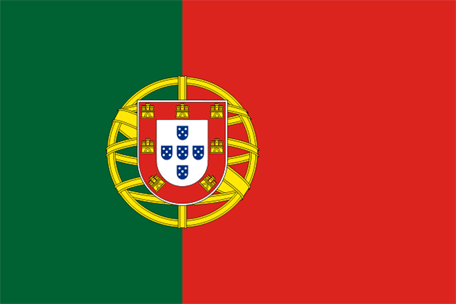