Almost all (98 per cent) passenger transport and 80 per cent of all freight on land take place on the road network. Road construction was extensive especially in the 1990’s, when increasing foreign trade demanded better transport routes, and Mexico now has a relatively well-developed road network. Just over a third of all roads have hard paving and just over 10,000 km are multi-faceted. 6,000 km are toll highways, autopistas. Car ownership is just over half of what it is in Sweden, 275 four-wheeled motor vehicles per 1,000 residents. The road network is very much the center of the Mexico City region, which means that there is a lack of good direct connections between cities on the country’s periphery. It also entails an ever-growing traffic in the metropolitan area with increasing congestion and air pollution. In order to facilitate car traffic in the metropolitan area, a 223 km highway is now being built around the northern part of Mexico City. Its first stage was opened in 2009.

Bus connections play an important role, also over large distances. Express buses of a good standard exist between the very largest cities and between major cities there are first-class connections on the motorways with air-conditioned buses. Easier buses serve smaller locations and remote areas. On shorter routes there are minibuses of various kinds as well as public taxis that do not follow timetables but drive when the cars are full.

The first railroad was opened in 1873 between Mexico City and Veracruz. Subsequently, foreign companies built railways in different parts of the country, mainly to transport raw materials to the export ports. The railways were nationalized in the 1930’s, but maintenance was neglected. Passenger traffic was very small and for the carriage of goods, the competition from the trucks became almost overwhelming. Regular passenger traffic ceased in 1997. The railways’ share of freight traffic was then less than 10% and in the years thereafter the railways were privatized. Passenger trains were then only on a few short lanes of interest to tourists.

Two large rail networks are now available for freight traffic. The most extensive is Ferrocarril Mexicano, which encompasses both the network north of Mexico City and the network south of it. Among other things, it is of great importance for heavy transport from mines and industrial inland out to the ports. The second rail network is operated by Kansas City Southern de México, KCSM, and can be seen as a transportation corridor from the Mexico City region north across the Texas border with further connections to the US Midwest. It is important primarily as a transport route to Mexico’s by far the most important trading partner, the United States.

Railways for passenger transport on a larger scale exist only in the largest cities of north American countries. According to Countryaah, Mexico City Metro is North America’s second largest subway system with 12 lines (2012) and 1.5 billion travelers per year. Subways are also available in Guadalajara and Monterrey. In the southern part of Mexico City’s metropolitan region, since 2008, there are tram-like commuter trains, El Tren Ligero, as a complement to buses and metro. Long-term plans are underway to develop these rail links to reduce congestion and pollution.

The large distances between the cities in the northern part of the country and also the mountainous topography have meant that it was expensive and difficult to develop fast land connections between many places. flighthas since gained great importance, and so is it in terms of quick connections with the capital in the south. Mexico has just over 60 international and major national airports, and only in the metropolitan region in 2012 were five major airports. The biggest is Benito Juárez International Airport, one of Latin America’s two busiest airports. There, the number of travelers increases sharply for each year, and in 2012 almost 30 million passed. The airport is centrally located in Mexico City and has reached its maximum capacity. So far, it has been impossible to acquire land for another major airport in that region. Rapidly growing tourism in the Yucatán Peninsula means more charter traffic and Cancún has become the country’s second busiest with 14, 5 million travelers in 2012. The largest airline is Aeroméxico, which has international connections to Europe, East Asia and the countries of North and South America and in addition large domestic traffic. Passenger flights within the country are also operated by many low cost airlines.

As foreign trade increased in the 1990’s, shipping grew and thus the pressure on the ports, which until now have not received much of the state investment. They were privatized and, above all, the ten ports that accounted for most of the product handling were expanded and modernized. Most of the foreign trade is now sealed off by sea. On the Pacific coast are Manzanillo, the country’s largest container port, and Lázaro Cárdenas, which has a direct connection to the railroad north to the United States. Both ports are also growing as trade increases with Asian countries, and they are also increasingly seen as alternatives to US ports where congestion is a growing problem. The largest ports on the Gulf of Mexico are Tuxpan and Veracruz, the closest ports in the Mexico City region, as well as Altamira at Tampico. Progreso on the Yucatán Peninsula and Mazatlán on the Pacific Coast are important ports for both fishing and tourism. At the far south of the Gulf of Mexico there are large oil ports. The most important for the export of crude oil and petrochemical products is in Coatzacoalcos. 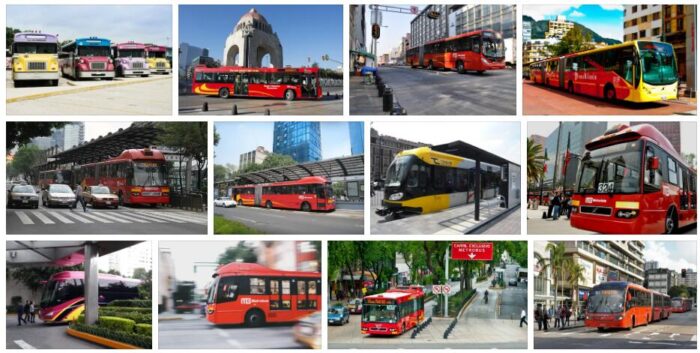 Roads and Railways in Southern Europe

Albania The backbone of the transport network is the road network that was added during the 20th century. It has grown from 2,200 to 18,000 km after World War II, of which 1/3 is asphalted. During the socialist period, private motoring was prohibited by law, but as this legislation was amended private motoring grew rapidly. […]

East Timor During the Indonesian era (1975-99) roads, ports and airports were built in eastern Timor and the area then received relatively good transport conditions. All villages could then be reached at least via a gravel road and the largest cities were connected by hard roads. Most of this infrastructure was destroyed in 1999. In […]

South America is located on the South American Plate, which also includes the ocean floor in the South Atlantic Ocean up to the rift in the Mid-Atlantic Ridge. The seabed spread here leads the plate west towards an east-sloping subduction zone off the west coast of South America, where the oncoming and faster Nazca plate […]