Idriss Déby came after his 25-year term on 10 April 2016 presidential election for the fifth time and again there were vehement protests from the opposition. However, in contrast to the election year 2011, a large part of the opposition did not boycott the elections. As in 2011, the strongest contender was Saleh Kebzabo from UNDR, alongside Joseph Djimrangar Dadnadji (CAP), the former Prime Minister and Gali Ngotho Gatta (UFD). The promising FAR candidate, Ngarleji Yorongar, was excluded from the candidacy because of alleged formal errors. Of the 23 candidates, this affected nine, leaving only 14 candidates for election on April 10th stood.

As expected, Idriss Déby was confirmed as the election winner. The turnout of the six million eligible voters was relatively high at 71.6%. Due to irregularities, a group of opposition members demanded that the choice for invalid to explain. There are also reports of disappeared and imprisoned military personnel who did not vote for Déby. France called for an immediate investigation to be set up.

On May 3, the results of the election were confirmed with slight corrections by the Cour Constitutionnelle and the accusations of the opposition were rejected. Thus stood fifth term Déby’s nothing in the way. Déby won 59.92% of the votes in the first ballot (in 2011 it was 88%), his strongest competitor remains Saleh Kebzabo with 12.77% of the votes, which he won mainly in his home region in the southwest. In third place is the mayor of Moundou, Laoukein Kourayo Médard with 10.61%, and fourth place was taken by former Prime Minister Joseph Djimrangar Dadnadji with 5.4%.

According to the government, the parliamentary elections, which have been postponed since 2015, will be postponed again to October 24, 2021 due to the corona pandemic, and the presidential elections will take place on April 11, 2021. The local elections are still pending.

In the run-up to the elections, in April of that year, a rebel offensive brought the country to the brink of civil war. The FUCD under Mahamat Nour Abdelkerim marched into N`Djaména on April 13, 2006 to overthrow the Déby regime and could only be repulsed with the help of French support. Despite violent protests and the opposition boycott, the presidential elections were held on May 3, 2006 as planned and held peacefully, but with a very low turnout. Déby was able to win it with 64.67% of the votes due to the lack of significant opposing candidates. According to cheeroutdoor, the network of associations of Chadian civil society CSARP discovered massive election manipulation and called for a national forum for peace and reconciliation. The elections were accepted by the international community in order to avoid further destabilization.

After the election dates were postponed again, the elections finally took place in 2011 and not at the end of 2010 as originally planned.

The parliamentary elections were held on February 13, 2011, to which over 4.8 million eligible voters were called. According to international observers, apart from a few delays in the election, there were no major incidents. The results gave the ruling party MPS a majority with 113 out of 188 seats. The second strongest party, L’Union Nationale pour la Développement with Saleh Kebzabo, only won 9 seats, followed by the URD by Wadel Abdelkadher Kamougué and the Rassemblement des Nationaliste Tchadiens (RNDT / Le Reveil) by Païmi Padacke Albert with seven seats each.

Critical voices criticized the opposition ‘s ‘invisibility’ with regard to the election campaign. For its part, the opposition accuses government agencies and representatives of the Commission Électorale Nationale Indépendante (CENI) of manipulating the newly created electoral register.

On April 25, 2011, the presidential elections were held, for which the MPS, as expected, sent Deby back into the running. The leaders of the main opposition parties Saleh Kebzabo, Wadal Abdelkader Kamougué and Ngarléjy Yorongar had, as, in 2006, to boycott prompted the presidential elections. You criticized election manipulation in advance. Déby only faced two more opponents, Albert Pahimi Padacké (Technology Minister) and Nadji Madou from the Alliance Socialiste pour un Renouveau Intégral (ASRI).

The results were announced on May 9th. President Déby secured his position for the fourth time with 88.66% of the vote. Of the remaining opponents, Albert Pahimi Padacké accounted for only 6.03% with 170 188 votes and 5.32% for the opposition Nadji Madou with 150 226 votes. These results are doubted by both opponents.

The local elections, which had been postponed for years, were held for the first time on January 22, 2012. With the exception of a few cities in the south (Moundou and Bebedja), the representatives of the ruling party MPS or its allies won the local elections in most of the 42 municipalities. 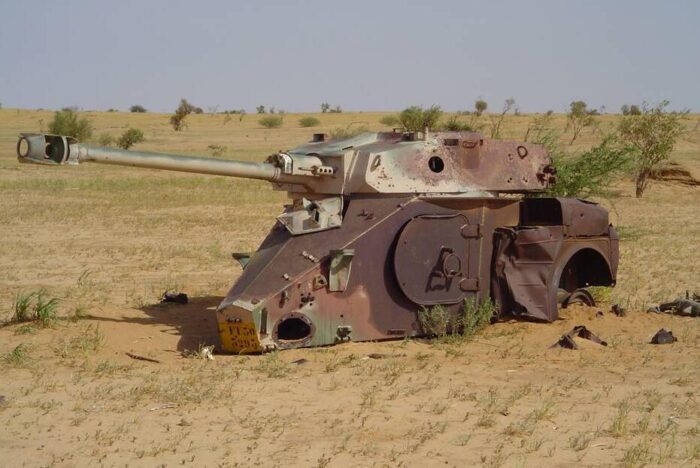 GENERAL Official name of the state Democratic Republic of Sao Tome and Principe. Capital Sao Tome. Geography According to a2zgov, São Tomé and Principe consists of two large islands (São Tomé: 836 square kilometers and Principe: 128 square kilometers) and the smaller islands of Cabras, Gago Coutinho, Pedras Tinhosas and Rolas, which are located about […]