According to ehistorylib, the economy of Chad is characterized by agriculture and the production of oil, which began in 2003. The problems of economic development can mainly be explained by the inland location, decades of political instability and high energy costs.

Since oil production began in the Doba Basin, the economy has been dominated by the industrial sector with around 47.8% of GDP. Agriculture contributes 21.5% and the service sector 30.6% to GDP.

Corruption and poorly developed legal certainty hinder both the private sector and existing development potential to a great extent. An urgent demand from the International Monetary Fund (IMF) and the World Bank (WB) is the privatization of the few traditional key industries (cotton, electricity and water companies), which are still under state control. The sugar and mobile operator companies alone have already been privatized. A lack of infrastructure also makes trading and economic development more difficult, especially outside the four largest cities. There are now around 2500 km of tarred roads; the extensive network of pistes is largely impassable during the rainy season and severely limits the supply of rural areas.

Despite a per capita income of statistically around US $ 1010 (in comparison before oil production in 2003: around US $ 300), Chad is one of the poorest countries in the world and, according to the Human Development Index of 2018, ranks 187th 189 (2015: rank 185 out of 188) countries surveyed continued to be one of the last. A large part of the population (approx. 80%) lives in absolute poverty, with a large difference between urban and rural areas. However, the statistical data have already changed considerably due to the oil production that has been taking place since 2003. The socio-economic development of the country was due to the isolated inland location and the division of the country into “le tchad utile” (south) and “le tchad unutile” (north) during the French colonial period(Card) decisively shaped. Due to the preference for the south and the climatic factors, there is a clear north-south divide in the country’s economic development. In addition, the decades-long civil war, many periods of drought, corruption and the inadequately developed infrastructure still influence the economic situation in Chad.

After the growth rates for Chad in the years 1996-2005 were still at an average of 7.8%, the economy stagnated in 2006, economic output shrank in subsequent years. Above all, the drop in the oil price since 2015 plunged Chad into a deep recession.

Despite some positive forecasts, the economic situation of most people in Chad has not improved or has only barely improved, and the now slightly positive economic development is only benefiting a small part of the population. The constant food crises, through which the millet prices have almost doubled since 2007 (from 125 FCFA to 240 FCFA per kg), also make a not insignificant contribution.

The Heritage Foundation’s 2020 Index of Economic Freedom in the country, Chad attests a slight positive development compared to the previous year, but still one of the lower places, also in sub-Saharan comparison. However, the country is credited with making progress in developing a dynamic business climate, but the World Bank study describes a slight upward trend in the investment environment for 2020. In addition, there are minor improvements in the fight against corruption and improved price stability.

In addition to crude oil, Chad has numerous valuable mineral resources such as uranium, soda, gold and bauxite. In addition to the difficult-to-develop uranium and bauxite deposits in northern Chad, South African companies are currently examining whether uranium and gold can be mined on a larger scale in the south-west of the country, in Mayo-Kebbi. Chinese companies discovered the area for lime mining and built a cement plant in 2012. The wood from the surrounding forests will be used to operate the new plant. Oil exploration regions near Sarh, Bongor and Lake Chad were surveyed by the Chinese National Petroleum Company (CNPC). A further pipeline in the Chari Baguirmi (Koudalwa) region was opened by President Déby at the beginning of March 2011 and the delayed opening of the Sedigui oil fields in the Kanem region was completed at the end of 2019 despite the security threat.

At the end of 2010, CNPC inaugurated an industrial park with a processing refinery near N’Djaména. 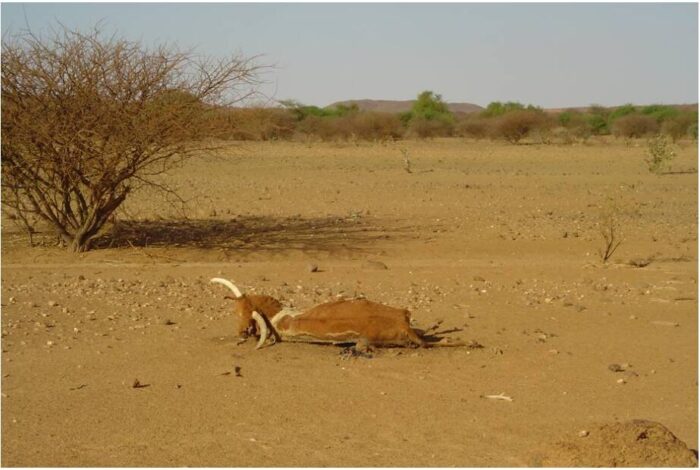