From Senegal come some of the most important authors of French-language African literature, most notably the country’s president in 1960–80, the poet Léopold Sédar Senghor, who launched the significant nitrite movement. Also mentioned is Birago Diop, perhaps best known as translator of traditional oral literature, as well as Ousmane Socé and Abdoulaye Sadji, who were among the first to use the novel genre. This has been passed on by Ousmane Sembène, Cheikh Hamidou Kane and Mariama Bâ and by representatives of a younger generation, e.g. Aminata Sow case. Of the writers that emerged during the 1990’s, Fatou Diome is one of the most successful. 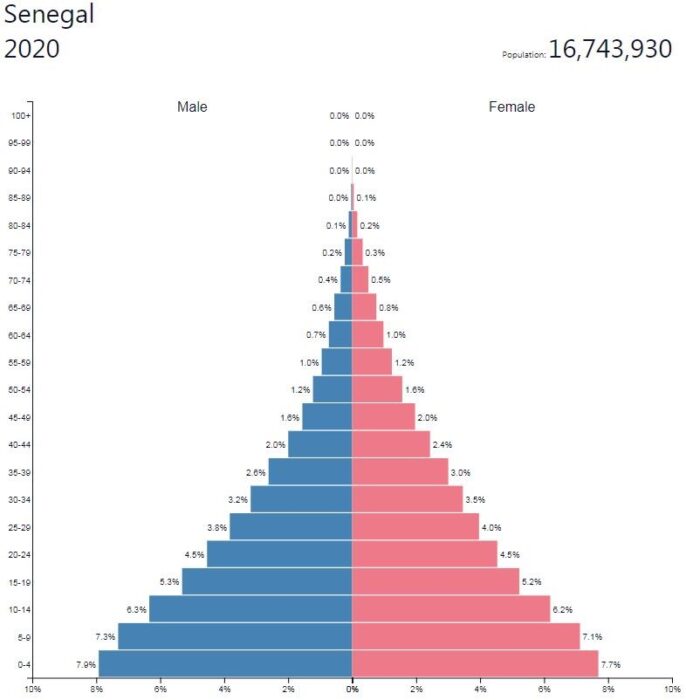 But Senegal can not only display a flourishing literature in French; the first written language in the country was Arabic, and from the 18th century onwards, Arabic-language poetry has played a major role. The so-called Aja literature used the Arabic alphabet to write in the African languages ​​(fulani, Hausa).

The language most commonly used in Senegal, wolof, also has its literature, which it also grew with the help of Arabic. A writer who, in addition to French, has written on wolof is Boubacar Boris Diop.

Under French influence, in Senegal in the 1930’s, an African theater was developed with the center of École William Ponty outside Dakar, a laboratory for theater experiments from among others. Keita Fodébas Théâtre Africain grew up. In 1954, the Théâtre du Palais in Dakar was opened with French drama and African such based on native oral tradition, such as Birago Diop’s “Sarzan” (1955). This theater was replaced in 1965 by Théâtre Daniel Sorano, now Senegal’s national scene, which retrieves its repertoire from plays written in French-speaking Africa.

Even before independence, Senegal had made himself known as a pioneer in the African film through Paul Soumanou Vierya’s (1925–87) production of “Afrique-sur-Seine” (1955), a short film that addressed the exile existence of the blacks in Europe and the disturbed relations with the homeland. Vierya also helped build the Fédération Pan-Africaine des Cinéastes (FEPACI, founded in 1969), a pan-African director’s organization aimed at stimulating local film production.

Senegal’s many talented filmmakers, many of them educated in Paris and Moscow, include Djibril Diop Mambéty (1945-98) and the ethnographer Safi Faye (born 1943), one of Africa’s few female film directors, with their farmer portrayals. Among the younger directors who introduced themselves in the 1980’s and 1990’s are Mansour Sora Wade (born 1952), Khady Sylla (born 1963), Moussa Sene Absa (born 1958) and Joseph Gaye Ramaka (born 1952), who conquered the Silver Lion for short film at the Venice Festival 1997.

Even in Senegal, however, the African film has to fight against competitors from primarily India, France and the United States.

In the multicultural Senegal, many ethnic groups’ crafts and textile traditions have been sources of inspiration for artists and craftsmen, such as the tissues and leather works of the Fulani people. Millennial Muslim culture explains the special interest in surface decor and line games. In 1957 the École des Arts de Sénégal was founded. Among the school’s teachers are the visual and textile artist Papa Ibra Tall and the French art educator Pierre Lods. Through the latter’s influence, the school came to adopt the so-called Poto-Poto style from Brazzaville: a painting based on contours, silhouettes and decorative, concentric lines. In 1968, Tall La Manufacture Nationale, an image weaver that over the years, delivered significant public embellishments, often with Tall’s own compositions.

The diversity of people in Senegal entails a variation in music traditions, however somewhat counteracted by professional musicians, who often work outside their own cultural boundaries.

Traditional music in southern Senegal shows traces of Portuguese influence, but the decisive influence comes from Islam with oriental-inspired instruments and singing styles. The music is mainly monophonic with elements of polyphony arising from ornamentation and various forms of burgundy. In addition to the one-string fiddle and one- to five-string tufts, the 21-string chorale is the most important instrument. In addition, percussion instruments such as cylindrical, tapered and hourglass-shaped drums as well as xylophones and flutes are available.

At the time of independence in 1960, music managed in the griot tradition was considered obsolete. Instead, Cuban music exerted a tremendous influence; leading in this genre was Star Band. Over time, the music was Africanized by groups such as Number One du Senegal and Orchestra Baobab, who played songs in native languages ​​rather than Cuban covers.

From the late 1970’s, the mbalax genre grew. In this, African traditions and rhythms were once again given greater space. Pioneers in the genre were the group Etoile de Dakar, whose singer Youssou N’Dour soon developed into the country’s biggest star with an international career that has taken him in several musical directions. Other groups, like Xalam, were instead inspired by funk and jazz.

The besides N’Dour best known artist internationally is Baaba Maal (born 1953). Other successful musicians are Thioné Seck (born 1955), Ismaël Lô (born 1956), Alisies Mbaye Nder (born 1969) and Cheikh Lô (born 1955). Female artists have not been as prominent in Senegal as in some of the neighboring countries. Among those mentioned are Kiné Lam and Coumba Gawlo (born 1972).

Since 1990, Senegal has grown into one of the most vibrant hip hop scenes in Africa. Perhaps the best known group is Positive Black Soul.