The great emphasis placed on schooling in the independent Congo has undoubtedly contributed to a remarkably vital and dynamic French-language literature, which gained momentum during the 1960’s. The prose’s representatives, not least Henri Lopes and Guy Menga, have often portrayed the problems and conflicts of the new African society. Menga has also played a decisive role in the growth of the theater. Jean-Baptiste Tati-Loutard is regarded as one of Africa’s most prominent négritude poets. 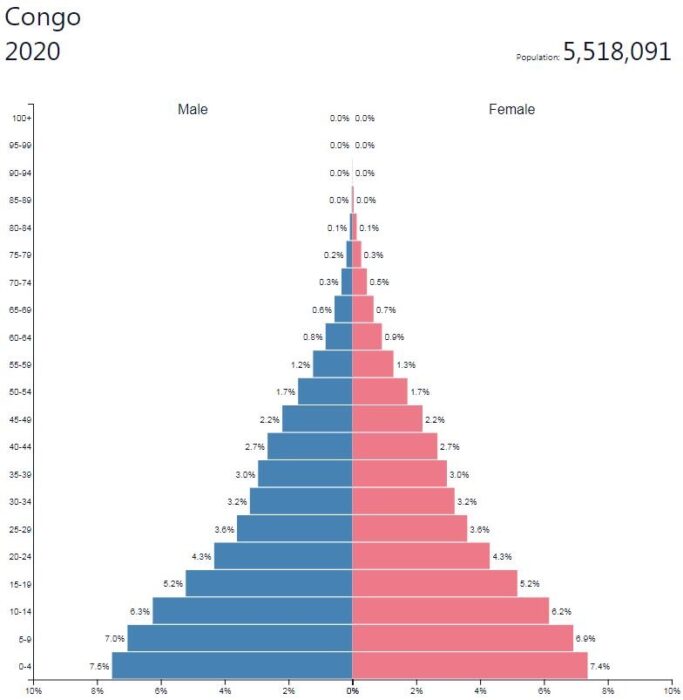 During the 00’s, Alain Mabanckou received a major international breakthrough with the novels “Verre Cassé” (2005; “End of the Crayon”) and “Mémoirs de porc-epic” (2006; “A pig’s pig memoirs”). Another noted author is Emmanuel Dongala, who has written, among other things. the award-winning “Le feu des origines” (1987; “The Fire of Origin”).

Artistic activities in the traditional Congolese society are closely linked to social and religious life and are expressed in a sculptural art that mainly includes masks, graves and ancestral figures, figurines, bowls and boxes, pipes, combs, weapons and musical instruments. Among Congo’s many peoples, the Congo-speaking groups in the south have been particularly noted for their mother and child sculptures, grave sculptures, “nail fetishes” (nkondi) and power-laden figurines (nkisi); teke for its angular, almost cubist sculptural art and its disc-shaped, abstract and polychrome painted face masks (kidumu); kuyu for its club-like, multicolored crown masks (kebe-kebe); office for their grave guards and kwele for their stylized, white-colored and often heart-shaped masks.

Congo’s traditional architecture consists of both round and square, mainly detached houses. The houses are made of materials such as stone, sun-dried clay, bamboo tube, palm leaves, straw and sheet metal. The most common type of house has clay walls and thatched or sheet roofs. Geometric patterns are often carved or painted on the wall and in some houses there is sculptural decoration.

Today’s Congolese cities are characterized by a mixture of traditional and Western-inspired settlements.

In Congo’s traditional music, there is a dividing line between the Bantu people’s music and the music practiced by the country’s pygmy groups. Bantum music is characterized by, among other things, its emphasis on rhythm and its division between singer and choir. The Bantu people use a wide range of instruments, from drums, wear drums, xylophones, flutes and horns to various forms of musical arcs, harps and lemons as well as a large number of different types of lamellophones. The music of the Pygmies is mainly vocal, with elements of iodine, hock and some polyphony, sometimes to the accompaniment of sticks, clapping, foot stomp and rhythmic play against the body.

Popular music in Congo is closely related to that of neighboring Congo (Kinshasa). Musicians from Brazzaville have played a major role in the musical development of both countries, but Kinshasa has always been the most important musical hub. The style of music most associated with the area from the 1950’s is the rum-based soukous, which in various variants is spread over large parts of sub-Saharan Africa. The typical orchestra consisted of a rhythm section with percussion, congas, bongos and maracas as well as electric and acoustic guitars behind a front line of saxophones and trumpets.

A central position in Brazzaville’s music scene from the 1960’s took the group Les Bantous de la Capitale, formed by musicians who were previously part of the legendary band OK Jazz from Congo (Kinshasa). One of the most successful groups from the post-civil war of 1997-99 is hip-hop collective Bisso Na Bisso.