In the former Belgian Congo, at independence (1960) there was no French-language literature because teaching in the French language was not widespread during the Belgian era. This situation changed, and in the 1960’s and 1970’s a new author generation began to emerge.

The theater had shown great vitality even before independence. Writers such as Norbert Mikanza and Ngandu Nkashama have contributed to making the theater the perhaps most important way of describing society today. Among the first prose texts can be mentioned “Ngando le crocodile” (1948) by Paul Lomami-Tshibamba, which shows strong influence from the oral storytelling tradition. 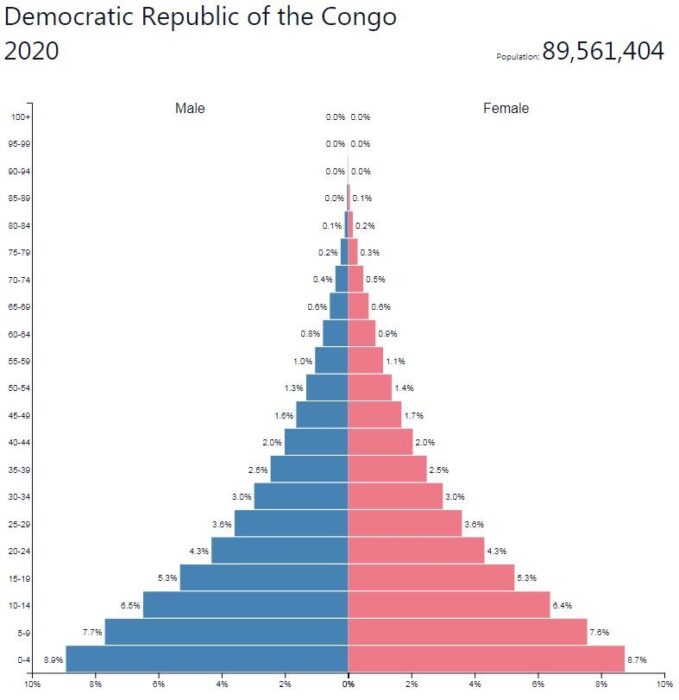 Later generations of novelists reflect the identity problems of African society, including Mbwil a Mpaang Ngal with the novels “Giambatista Viko ou le Viol du discourse africain” (“Giambattista Vico or the attack on the African word”, 1975) and “L’Errance” (“Irrandet”, 1979). The older generation of poets followed in the footsteps of Senghor and joined the Negro movement (eg Antoine-Roger Bolamba). In the poets that followed, e.g. Mukala Kadima-Nzuji, Ngandu Nkashama and Vumbi Yoka Mudimbe, have an obvious taste for playing with the French language and great freedom in the imagery.

A prominent role in recent decades has been the award-winning poet and novelist Kama Kamanda. Like many other Congolese writers, he has chosen to leave home and work in Europe instead.

In Congo’s traditional music, there is a dividing line between the Bantu people’s music and the music practiced by the country’s pygmy groups. The music of the Pygmies is mainly vocal, with elements of iodine, hock and some polyphony, sometimes to the accompaniment of sticks, clapping, foot stomp and rhythmic play against the body. Bantum music is characterized by its emphasis on rhythm, its binary shaped melodies and in its performance its division between singer and choir. The Bantu people use a wide range of instruments, from drums (of three main types), wear drums, xylophones, flutes and horns to various forms of musical arcs, harps and lemons as well as a large number of different types of lamellophones, the latter widely distributed especially in the Lower Congo (the area closest to the coast), the Kwango, Ubangi and Kasai areas.

Music traditions in eastern Congo are partly characterized by Arabic influence, early mediated by influential Tutsi and other related groups, who brought with them Arabic musical instruments such as the one-stringed string cloth and introduced Arabic song styles with vibrato, melisms and tense tones.

Under the influence of a Christian mission, Congo has developed church musical traditions, which produced works such as the famous “Missa Luba”, which was elaborated for a long time after Pastor Guido Haazen formed the choir Les Troubadours du Roi Baudouin in 1953.

The space-based music style soukous grew in importance from the 1950’s in Congo’s cities and spread across much of sub-Saharan Africa. Groundbreaking in this development have been musicians such as guitarists Franco Luambo Makiadi (1938-89) with his band OK Jazz and Jean-Bosco Mwenda (born ca 1929, died 1991; internationally known for the song “Masanga”) and singer Rochereau (Tabu Ley; 1940-2013). The typical orchestra consisted of a rhythm section with percussion, congas, bongos and maracas as well as electric and acoustic guitars behind a front line of saxophones and trumpets. However, developments in this music genre did not prevent many popular music groups in e.g. The Lower Congo again sought inspiration in traditional music for new forms of music.

Zaïka Langa Langa played a central role in the years following independence, including Papa Wemba (1949–2016) among the members. Wemba later had success with the band Viva La Musica. Among the most successful female artists are Mbilia Bel (born 1959), who struck out as a singer in Tabu Ley Rochereau’s band Afrisa, and Tshala Muana (born 1955), known as the queen of mutuashi, dance music from southern Congo.

The chaos that was the result of the corrupt rule of Mobutu Sese Seko during the 1990’s caused many musicians to move to Paris. singers Kanda Bongo Man (born 1955) and Pepe Kalle (born 1951) and guitarist Rigo Star (born 1955). Among those who remained in their home country, Koffi Olomide (born 1956) is among the most successful.

In this poor residential area of ​​Kinshasa there was also a new traditional music movement called the traditional modern. The musicians play on home-made instruments, among which tummy pianos, likembe, of various sizes have a prominent role. The repetitive, danceable music has been likened to modern dance music. “Congotronics” (2005) with the band Konono No. 1 and the collection plate “Congotronics 2” (2006).

Music Music played a central role at the Tutsi King and Chief Court. Drums are highlighted as symbols of royal power, e.g. in the tribute music still performed by an ensemble of 25 ingo- drums. The music in Burundi is basically pentatonic, but has variations. The song is mostly monophonic and is built on shout-answer […]

Tunisia. Whose official name is the Tunisian Republic, it is a country located north of the African Mediterranean coast, whose capital is Tunisia. It is the smallest country in the Maghreb, located between the eastern foothills of the Atlas Mountains and the Mediterranean Sea. Known as Carthage, it was conquered by the Roman Empire when it was defeated in […]