Passport: is generally required for trips to Togo, the passport must be valid for the entire stay in Togo.

Visa: Generally required. German citizens need a visa to enter Togo. This can be applied for both at Togo’s representations abroad and when entering the airport. A visa issued at the airport costs CFA 10,000 (around EUR 15) and is valid for one week. This visa may need to be extended at the passport authority. This can take several days. If the validity period of this visa is exceeded or the extension is requested late, a penalty of CFA 10,000 will be charged.

As there is no legal entitlement to a Togolese visa, it is recommended that you do not apply for the visa at Lomé airport but at the Togolese embassy before traveling.

Transit: Transit travelers who fly on the next plane within 24 hours and do not leave the transit room do not need a transit visa.

Validity: Entry visas are issued for either one or three months, at the airport for one week.

Application: in person or by post at the embassy or consular mission

Residence permit: Applications must be submitted to the immigration office in Lomé.

Documents: Tourist Visa: an originally filled out visa application (no copy or fax) – 2 original passport photos (no scans) – fee / proof of payment (cash or crossed check) – passport with a validity of at least 6 months – travel booking confirmation with return and return or Onward flight – vaccination card with proof of a valid yellow fever vaccination

Business Visa: additionally a company letter from the German company about the purpose and duration of the trip, as well as confirmation of the cost assumption. A franked and addressed envelope and proof of payment for the visa fees should be enclosed with the postal application.

Here you can download the visa application form for Togo.

Processing time: personal: maximum one day, post: about one to two weeks

Entry with children:
Germany: German children’s ID with photo or own passport (children’s passport or electronic passport). Since the space for visas – especially for the extension of entry visas at the airport – is limited for the old form of child ID cards, a child passport is recommended for the entry of children.
Austria: own passport for children.

The same visa requirements apply to children as to their parents. Children need their own visa.
Children under the age of 15 traveling alone or accompanied by an adult who is not their parent / legal guardian must have their own passport.

Vaccinations: Information on international vaccination certificates that are required for entry can be found in the Togo – Health chapter.

The CFA Franc (XOF) is issued by the Banque des Etats de l’Afrique de l’Ouest (BCEAO, State Bank of the West African States) and used by the 8 members of the African Economic and Monetary Union (UEMOA) Benin, Burkina Faso, Ivory Coast, Guinea-Bissau, Mali, Niger, Senegal and Togo. The CFA Franc (XAF) issued by the Banque des Etats de l’Afrique Centrale (BEAC, State Bank of the Central African States) is not a legal tender in Togo. The CFA franc is pegged to the euro at a fixed exchange rate.

Currency exchange: Cash can be exchanged in banks and exchange offices in Lomé and other large cities. Exchanges outside the countries of the CFA Francs zone are only possible with high exchange losses.

Travelers checks: are accepted in banks in larger cities, the exchange rates are lower than for cash.

Credit Cards: All major international credit cards (but not Eurocard and Mastercard) are only accepted in larger banks and better hotels.

ATMs: available from banks in larger cities. The most common card is Visa.

According to the WHO, Togo is a yellow fever infection area. A valid yellow fever vaccination is mandatory for all travelers, except children under 1 year.

Yellow fever: In 2001, 8 yellow fever diseases and 3 diseases were confirmed in 2006 in Dankpen and Oti in the north of the country.

Malaria: Malaria is one of the most important diseases in Togo in terms of both disease rate and mortality. The transmission takes place through the bite of blood-sucking, nocturnal Anopheles mosquitoes. If left untreated, dangerous malaria tropica (approx. 89% of cases in Togo!) Is often fatal in non-immune Europeans. The disease can break out weeks to months after your stay. If fever occurs during this time, it is necessary to inform the attending doctor about staying in a malaria area.

There is a high risk of malaria across the country. Transmission in the south all year round, in the central and northern part of the country seasonally with the highest number of illnesses during the rainy season and subsequent transition phase and decrease in the dry season. Chemoprophylaxis (taking tablets) is recommended. For malaria prophylaxis, various medications (e.g., Malarone®, Doxycyclin, Lariam®) that are available in Germany are only partially available in local pharmacies. It is recommended to take a sufficient supply with you. The choice of medication and its personal adjustment as well as side effects or incompatibilities with other medications should be discussed with a tropical medicine / travel medicine before taking it.

HIV / AIDS: 110,000 cases of HIV / AIDS infections were reported in Togo in 2005. In 2005, 3.2% of the adult population and approximately 54% of prostitutes were HIV positive. Through heterosexual and homosexual contacts, drug use (dirty syringes or cannulas) and blood transfusions there is always a high risk. Condom use is always recommended, especially on the occasion of acquaintances.

Diarrhea and cholera: Cholera has repeatedly occurred in epidemics with several hundred to approximately one thousand four hundred reported cases per year in recent years.

A few basic rules: Drink only water of safe origin, e.g. bottled water, never tap water. In case of emergency, use filtered, disinfected or boiled water. Use only drinking water for washing dishes and brushing your teeth. The following applies to food: cooking, peeling or disinfecting. Be sure to keep flies away from your food. Wash your hands with soap as often as possible, but always after using the toilet and always before preparing food and before eating. Hand disinfection, where appropriate, use disposable towels.

Dengue fever occurs. Dengue is transmitted by the diurnal mosquito Stegomyia aegypti. It cannot be differentiated from malaria based on symptoms alone. In individual cases, serious health problems can result in death. Mosquito repellent is the only precautionary measure.

Ship: Lomé has the only deep-sea port in West Africa. Ship connections for travelers do not exist defacto.

Rail: There are currently no passenger trains in Togo.

Cars: Most of the towns are connected by roads, all major roads are still accessible in the rainy season. Always expect potholes (especially north of Kara), you should only drive during the day. Minibuses and bush taxis are the general form of the trans location in Togo. The local bus and taxi companies are relatively good and inexpensive. Police controls are quite common, which slows down travel in Togo.

There are countless minibuses, taxis and shared taxis in Lomé. In addition, moto taxis (mopeds) are often used. Rental cars are available in Lome from Avis, in other cities the prices are astronomical. Documents: International driver’s license. 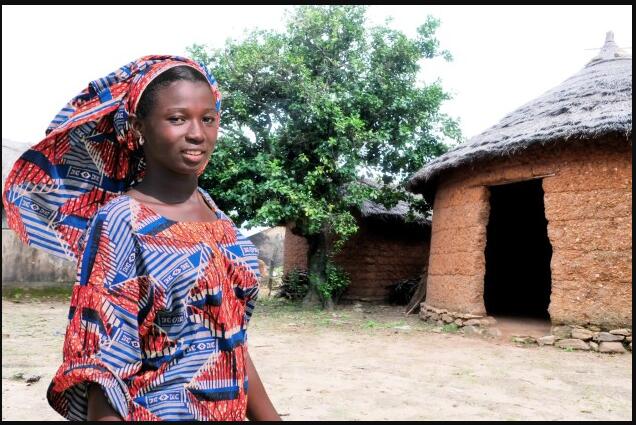 Togo’s capital Lomé is close to the Ghana border. The markets in particular attract the visitor’s attention. Marché des Féticheurs, the largest fetish market in West Africa, is famous. There are incredible offers of traditional medicine and fetishes here, it is fascinating to hike across the market, even if nothing is tempting to buy. On the Grand Marché you will find Mama Benz, the dealer women who control everything that happens on the market.

The beaches at Lomé invite you to relax, especially Robinson’s Plage and Aného beach.

The country was, according to the site Togo today , Togoville named . Here was also the contract between the Germans and Mlapa III. signed. There are numerous voodoo tombs in the village. The largest lake in the country, Lake Togo, is only 30 km from Lomé and a popular destination for water sports enthusiasts. From here you can go to Togoville by boat.
In the Vallée de Tamberma you can admire Tata farmsteads with their towers and conical roofs.
The Togo National Park includes the Fazao-Malfacassa National Park near Sokodé. With luck you will find the last wild animals in Togos, but definitely monkeys. Also in the Fosse aux Lions you can discover savannah animals with a little patience.

In Kara there is a small safari park “Park Sarakawa”, where you can see zebras, wildebeests, water buffalos, antelopes, springboks and monkeys.

The hill country on the border with Ghana at Kpalimé is known for its butterflies and is very suitable for hiking and camping.