Ancient Egyptian theater must be understood in the context of the entire Middle Eastern region. Admittedly, there are traces of a theater culture in Pharaoh’s Egypt linked to the assumption that the Osiris rituals were performed with dramatic means. It is also known that the coronation process had theatrical elements, and central texts from this time may be linked to these performances, such as the text of the drama about creation in Memphis or the drama of Osiris’ surrender and death. There may be a connection between the emergence of ritual dramas throughout the inner Mediterranean, so that it is thus a link to early ritual Greek drama. It must have been a ritual performance for an audience. 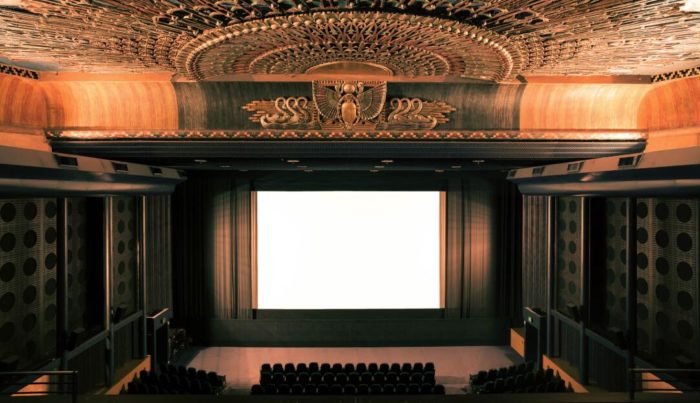 Puppet theater and shadow theater were common in the Middle East area in the Middle Ages and later throughout the Ottoman area of ​​which Egypt was also a part. Storytellers or meddhas were commonplace in Ottoman coffee culture, and the authorities found it necessary to exercise some censorship because of their frankness in relation to social and religious conditions. It was also common to carry out Islamic religious narratives using pardehdari or scroll screens , which was a technique that could be inherited from father to son.

It is difficult to say exactly when Western theater impulses first came to the Middle East, but for Egypt it is known that Salim took the Arab Molière inspired theater troupe of Al-Naqqash to Egypt. He himself died in 1855, but in 1876 Abu al-Hasan al-Mughaffal was set up in Alexandria. It was a piece that was inspired by the stories of Thousand and One Nights . Ya’qub Sannu, a Cairo-Italian-Jewish-mixed-origin Cairo student who studied theater in Italy, composed a number of satirical and ironic pieces. The Ottoman ruler, Kedive, took a close look at this and tried to censor him.

At the beginning of the 20th century, a large number of new troops established themselves in Egypt, and the country became a leader in the theater development in the Islamic world. Jury Abyad, who was from Beirut, had educated himself in Paris and founded his own squad of Arabic-speaking actors in Egypt with the support of the Egyptian Interior Ministry in the years after 1910. A wide variety of names in this development could be mentioned, such as the significant playwright Mahmud Taymur. He wrote the famous Al-Makhba’Raqm 13 or Safeguard Room No. 13 in 1941. Alfred Faraj has written drama based on Egyptian folklore. The years after 1967 were difficult for the theater scene in Egypt. Economic difficulties and Arab fundamentalism have interfered.

There has been a growing market for TV series and soap operas, which has happened in parallel with the fundamentalists attacking live theatrical performances and entertainment performances. Many actors have therefore given up on a theater career. This has characterized the Egyptian theater situation. Egypt has also had an opera in Cairo since the mid-1800s. A commercial boulevard theater also draws audiences with popular actors.

Music Despite its small size, Gambia has rich music traditions. For a long time, most of the population has been Islamized, which is why Arab music impulses are noticeable along with African styles. Griots dominate the traditional music offering. Along with drums of various kinds and sizes, the string instruments are dominant. Kora, a 21-string […]

Eritrea is a republic in northeastern Africa, on the Horn of Africa on the Red Sea. It borders southeast of Djibouti, south to Ethiopia and west and northwest to Sudan. Eritrea and Yemen both claim the Hanish Islands. The name comes from the Latin name of the Red Sea, Mare Erythraeum, and the country extends […]

The main features of ancient Egyptian written literature are already evident in the Old Kingdom (c. 2543–2120 BCE). Most of the literary texts we know of are probably written by men who belonged to the learned elite of society. The image we have of women and children in Ancient Egypt is thus drawn from the […]