Egypt has for many years been accused of violating human rights. This was the case during Mubarak’s reign, and has been reinforced during Sisi. Today, the regime in practice does not allow any opposition activity, and tens of thousands of politicians, activists and journalists are imprisoned. The authorities in particular use the fight against terror as justification and pretext for stricter legislation, extensive arrests, and violence against opposers. 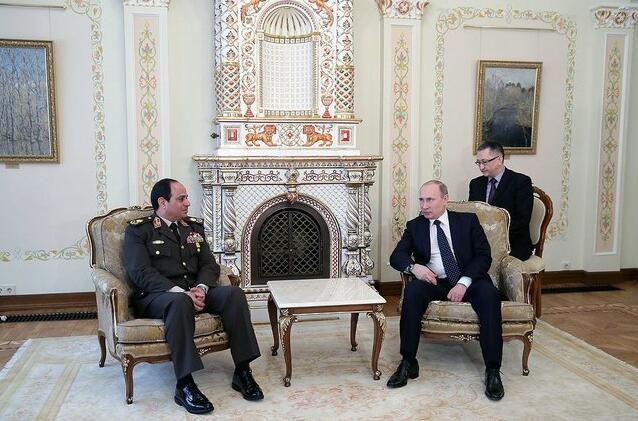 Field Marshal Sisi with President Putin in Moscow, during a visit to Russia to negotiate arms deliveries in the spring of 2014, ahead of the election as Egypt’s president.

Human rights violations have consisted of political repression, but also inadequate protection of minorities, including persecution of the Coptic (Christian) minority. In the 1990s, Copts were attacked by militant Islamists, and this has continued in the 2000s, and even after the revolution. The Coptic Church has traditionally expressed support for the Egyptian regime, which has also been the case since 2013. At the same time, the government, even under Sisi, is accused of failing to adequately protect the Copts. During a protest against the demolition of a Cairo church in the fall of 2011, the army killed 30 Coptic protesters. Other minorities, such as gay and transgender, being discriminated against and subjected to abuse. The government is also accused of not fighting sexual abuse against women.

The political repression is extensive. Under Mubarak, the regime used the legislation to place strong restrictions on organizational life and political participation. Political opponents were harassed and imprisoned, and torture was used. Several human rights groups have documented that the situation has deteriorated significantly under Sisi, and all opposition has been virtually impossible. This is partly due to old legislation, including exceptions laws that allow for arrest without trial and conviction, and partly new laws that restrict the rights of voluntary organizations and the media, as well as private individuals and their activities in social media.

Since the takeover of power in 2013, over 800 people have been sentenced to death; many of these judgments were later overturned by the nation’s highest court of appeal. Some newspapers and even more websites have been closed. Attacks on organizational freedom also affect the trade union movement. The Egyptian Trade Union Federation is controlled by the government, and independent unions are illegal. It is also illegal to go on strike. Organizational life, by the way, has also been attacked, and even non-opposition organizations have been shut down or tried to control otherwise.

Radical Islamist groups have a long history in Egypt. When Islamism again emerged as a strong political force in Egypt in the 1970s, it was primarily through peaceful and reform-oriented directions, such as the Muslim Brotherhood. However, some formed more radical and salafist- oriented groups, which used violence and terror to achieve their goals. These were particularly inspired by Sayyid Qutb, who had argued that jihad was the path to what he called a true Islamic society, and that violence was a legitimate tool. Several jihadist groups emerged, of which Jamaat al-Jihad (or Tanzim al-Jihad, Jihad group) and al-Jamaa al-Islamiya (Islamic group )were the most central.

It was militant Islamists who in 1981 killed President Anwar al-Sadat in an attack. One of those arrested for the killing of Sadat was Ayman al-Zawahiri, who has led al-Qaeda’s terrorist network after Osama bin Laden was killed in 2011. Al-Zawahiri was also sentenced in 1999 to death in absentia for terrorism. Many Egyptians have been shown to be involved in al Qaeda; among them Muhammad Atef, a close associate of Osama bin Laden, and believed to be behind several actions, including the September 9, 2001 terrorist attack on the United States.

Throughout the 1980s and 1990s, militant groups carried out a series of terrorist attacks in Egypt. The attacks were aimed at security forces and government officials, and against civilians, the country’s Christian minority and foreigners. In the 1990s, terrorist acts increased; Among other things, President Rifaat al-Mahgoub was killed in an attack in 1990, and in 1995 an attempt was made against President Mubarak in Addis Ababa in Ethiopia. The Islamic group claimed responsibility for the attempted assassination and for an attack on Egypt’s embassy in Pakistan in 1995. In 1996-1997, several terrorist attacks were targeted at tourists in Egypt, to hit the Egyptian economy and thus the government.

In the late 1990s, the authorities stepped up the fight against Islamist groups. In 1998–1999, terrorism subsided, including after al-Jamaa al-Islamiya declared itself willing to give up violence. This came as a reaction to the brutal attack on a temple in Luxor in 1997 where 62 people were killed, most of them tourists.

In 2004, 38 tourists were killed in two bombings in Sinai ; the following year, 64 were killed in Sharm el Sheik ; 20 were killed during an attack in Dahab on Sinai in 2006. Egyptian authorities linked the attacks to terror cells established by displeased Bedouins. They constitute the original population of Sinai, where there is also a large Palestinian population, and where there is a considerable social and political distance to Egypt west of Suez.

Several factors have been highlighted to explain the progress of fundamentalist and extreme groups, including reactions to the growing cultural and political westernization of Egypt, especially from the 1980s. Increasing economic and social divisions in Egyptian society are also considered to have contributed to greater support for militant Islamist movements; so has the development of the Palestine conflict and the West’s war on Iraq. 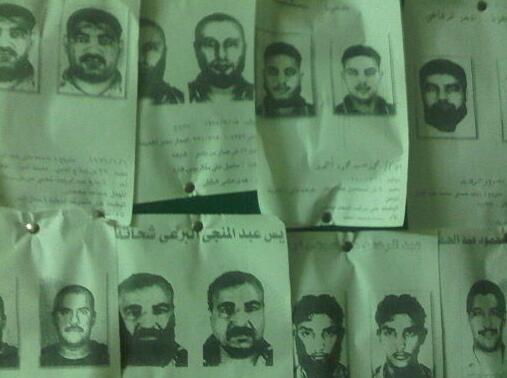 Egyptian police investigations of terrorists, following attacks on police stations, and claimed to be members of the Muslim Brotherhood.

In the wake of the Arab Spring in 2010–2011, far-reaching Islamists have consolidated their position in Egypt, primarily on the Sinai Peninsula, where the Ansar bayt al-maqdis group has been behind a number of terrorist attacks. In the fall of 2014, the group declared loyalty to the Islamic State (IS), under the name of Wilayat Sinai (Sinai Province – in the Islamic Caliphate). Wilayat Sinai has carried out a series of attacks against both military and civilian targets. It is believed to be behind the explosion aboard a Russian passenger plane on October 31, 2015 that killed 224 people. In February 2017, they carried out a series of attacks on Coptic Christians, and in November of that year, the group killed more than 300 people in an attack on a mosque.

In 2014–2015, Wilayat Sinai stepped up its activities in Sinai, including several coordinated attacks against Egyptian forces, as well as the Multinational Peace Force Multinational Force and Observers (MFO). The group challenged the Egyptian state militarily, which contributed to closer security cooperation between Egypt and Israel. Egypt was accepted to deploy larger military forces in Sinai than the peace treaty between the two countries allows, and Israel assisted Egypt with military support in the fight against the Islamists in Sinai. At the same time, Egypt strengthened its control over the border with the Gaza Strip, and thus the militant Palestinian group Hamas. However, Egyptian authorities have failed to fight Wilayat Sinai.