Egypt’s recent history – from the peace agreement with Israel in 1979 and the assassination of President Anwar al-Sadat in 1981 – is particularly marked by President Muhammad Hosni Mubarak, of the uprising that deposed him during the Arab Spring in 2011 – and the political turmoil that followed.

The new, elected president, Mohamed Morsi, was ousted in 2013 when military leaders intervened and removed Morsi in a military coup. Morsi was a member of the Muslim Brotherhood, which the new regime banned. He, and a number of other members of the Brotherhood as well as other opposition, were imprisoned. Under the incumbent President, Abdel Fattah al-Sisi, human rights violations have escalated. 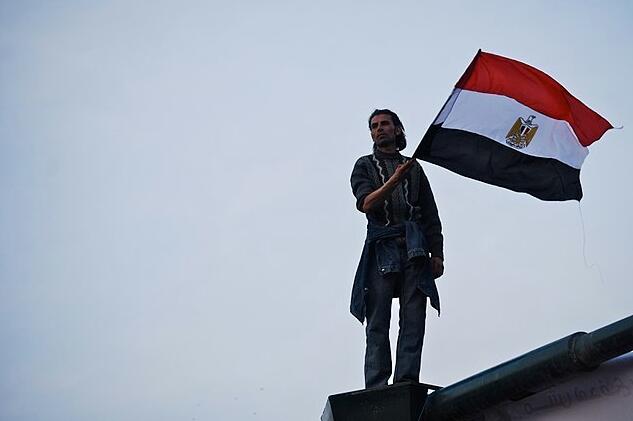 Sisi was elected president in 2014, after formally resigning from the military ranks, and re-elected in 2018. Thus, the tradition of the heads of state coming from the military is continued, from Gamal Abdel Nasser via Sadat and Mubarak to Sisi, just broken off the year with Morsi as president and Adli Mansoursa year-long transition regime before Sisi took over in 2014. Thus, with the exception of the 2011 uprising and its immediate consequences, there has been a significant degree of continuity in Egyptian politics in recent times, not least after Sadat changed both the foreign policy course and economic policy. At the same time, the period was characterized by some unrest, and armed, extreme Islamist groups carried out regular attacks on security forces, the state apparatus and civilians throughout the 1980s and 1990s.

Deputy President Muhammad Hosni Mubarak took over as Egypt’s head of state under the Constitution when Anwar al-Sadat was killed in an attack in 1981. Egypt, as a result of the 1979 peace treaty with Israel, under the Camp David agreement, was politically isolated in the Arab world. During Mubarak, diplomatic relations with the other Arab states were gradually restored in the second half of the 1980s. Egypt was also re-elected as a member of the Arab League in 1989. In parallel, Egypt maintained and strengthened its central role as a regional player in the global arena, especially as regards the Middle East conflict.

In the 1980s, President Mubarak implemented reforms that were presented as a democratization of political life in Egypt, in part by allowing several political parties to establish themselves and take part in elections. Religious groups also got a seat indirectly in the National Assembly. At the same time, it soon became clear that the changes had clear limitations, and never rocked the power of Mubarak and the ruling party. On the contrary, some changes led to increased state control over political parties and civil society.

The Muslim Brotherhood ( Jamaat al-Ikhwan al-Muslim) early became – first indirectly, then directly – the leading part of the opposition; which was clearly expressed in the time after the revolution in 2011. The brotherhood has long traditions in Egyptian politics and increased its support under Mubarak. The organization was legally prohibited, but the authorities tacitly accepted that the 1984 Brotherhood participated in the elections in alliance with other parties and through the election of independent candidates.

The 1987 election strengthened the opposition, especially the New Wafd party. The ruling party, the National Democratic Party (al-Hizb al-watani al-dimuqrati – NDP), retained a clear majority. The NDP won again in 1995, in an election marked by the government’s ongoing campaign against the Muslim Brotherhood. A number of the Brotherhood’s leading members were arrested and many sentenced to prison sentences. The actions were interpreted to mean that Mubarak feared a development in Egypt like that of Algeriaexperienced early in the 1990s, where the Islamist parties made strong progress in the elections. The NDP again gained a pure majority in the 2000 and 2005 elections, with the Brotherhood – through formally independent candidates – as the main opposition. The smaller parties, the liberal New Wafd and Hizb al-ghad, as well as the leftist al-Tagammu, was also represented.

When the constitution was amended in 2005, it was again presented as a step towards democracy, but the reforms also had clear restrictions this time. These included a number of provisions that restricted the ability of parties and persons to stand for election, continued ban on religious parties, restrictions on press freedom and the president’s strong power. For the first time, more than one candidate was elected to the presidential election. Until then, Parliament had nominated one candidate, who was then presented to voters in a referendum. However, real competition was very limited, and Hosni Mubarak was re-elected to a fifth six-year term with 88.5 percent of the vote.

Persecution of oppositionists, especially members of the Brotherhood, continued after the reforms in 2005, limiting the party’s ability to run for candidates in the 2007 elections. The legalized opposition boycotted the election. New constitutional amendments in 2007 strengthened the president’s power, and gave the government increased authority to implement anti-terrorism measures. This increased the authorities’ ability to intervene against political opponents. The opposition stated that this made Egypt a police state.

Despite economic growth, economic and social disparities in Egyptian society increased, leading to increased dissatisfaction with Mubarak’s regime. Widespread poverty was a persistent source of conflict, and discontent was compounded by the sharp increases in fuel and grain prices in 2007-2008. Egypt has for many years subsidized the price of bread and other basic commodities, and attempts to reduce the subsidies have repeatedly led to riots. Increased food prices also led to unrest in 2008. Some have also pointed to increased food prices as a result of higher wheat prices as a contributing factor to the 2011 uprising.

Young people under the age of 30 make up a majority of the population of Egypt, and dissatisfaction was particularly great among this group. Despite better education than previous generations, many young people struggled to find jobs, and youth unemployment ranged between 25 and 30 per cent throughout the 2000s. At the same time, the restrictions described above meant that there was little opportunity for political participation. The dissatisfaction this created, coupled with improved access to information through new technology, is regarded as important explanations for the rise of political activism in Egypt in the 21st century, and the prominent role of young Egyptians in the 2011 uprising.

Current visa requirements for the DR Congo Military clashes occur repeatedly in the east and northeast of the Democratic Republic. The entry requirements and security conditions in the Congo can therefore change at short notice. You can get more information from the embassies (see Congo – important addresses). Passport: is generally required for travel to […]

Cairo City Overview Cairo, proudly called “Mother of all cities” by the Egyptians, attracts visitors primarily because of the Giza pyramids, the treasures of Tutankhamun’s tomb and the treasures of the Egyptian Museum. The largest metropolis in Africa stretches 40 km from north to south along the Nile. Most of the city is on the eastern […]

Music and Dance in Ancient Egypt

Picture games, textual games and archaeological sources show that music plays a significant role in Ancient Egypt during all periods, ie around 3100 BCE. to 400 AD Most of the information comes from representations and accompanying text on the walls of tombs and temples, but one also finds information on coffins, papyrus, stone tablets, statues […]