Ever since the first European contacts, race and power have been prominent concepts in South African literature. In the 19th century, Thomas Pringle and Harriet Ward represented a settler realism, while the colonization romance was exemplified by H. Rider Haggard. Olive Schreiner questioned the prevailing view of land and people. ST Plaatje’s “Mhudi” (1930) is the first novel by a black South African. The interwar period was also distinguished by proseists such as Pauline Smith, Sarah Gertrude Millin and Herman Charles Bosman and by poets Roy Campbell and William Plomer. During the post-war apartheid press, Alan Paton tested a liberal realism that was radicalized in Nadine Gordimer’s prose. Other white South African writers include Dan Jacobson, JM Coetzee, Christopher Hope and André Brink. 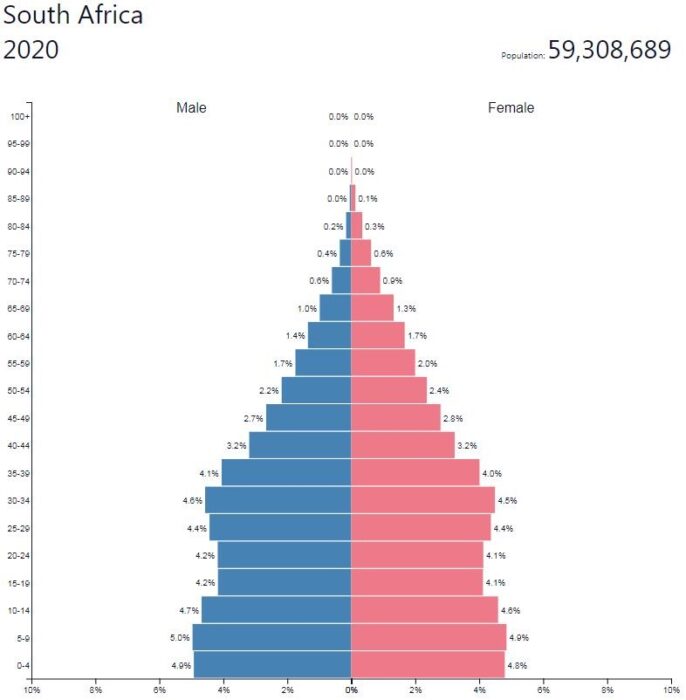 Black writers have often spoken in autobiographical form for their entire generation, e.g. Es’kia Mphahlele, Peter Abrahams, Dennis Brutus, Alex La Guma, Bloke Modisane and Richard Rive. In the early 1970’s, the so-called Soweto poets, especially Mongane Wally Serote, James Matthews, Oswald Mtshali and Sipho Sepamla, expressed the seething life, the strong black consciousness and the intense regime resistance in the city slums. Two of the most interesting black female writers are Bessie Head, with e.g. “A Question of Power” (1974), which embodies the madness of racial prejudice, and Miriam Thlali with her novel “Amandla” (1981) about the Sowetou uprising.

South African literature after 1994 has been characterized by the question of how to relate to the apartheid era and its still lingering consequences. Among this new generation of writers are Zakes Mda, Ivan Vladislavić and poet Lesego Rampolokeng.

The oldest European texts in South Africa were diaries as well as travel and shipping journals in Dutch from the 17th century. Eventually, Afrikaans developed, which in writing was first used for comic purposes, e.g. to reproduce the language of the colored. Serious poetry on the African began to be written after the Boer War in the early 1900’s. The prose came a little later. The literature followed developments in Europe, and by the authors Eugène Marais and Louis Leipoldt can be mentioned.

In the 30’s, e.g. NP van Wyk Louw, Uys Krige and Elisabeth Eybers, awakened the insight on the racial problem. In the 1940’s, among other things, he wrote DJ Opperman and Ernst van Heerden on the relationship between white and black, and SV Petersen addressed the problems of the colored. With the sixties (sixties) came a united protest against apartheid. Mention can be made of Chris Barnard, Peter Blum, Breyten Breytenbach, André Brink, Elsa Joubert, Etienne Leroux, Jan Rabie, Karel Schoeman and Wilma Stockenström. In today’s generation, Etienne van Heerden deals with the past, for example. in “Toorberg” (1986; “Living and Dead”), while Marlene van Niekerk in “Triomf” (1994) reflects the breaking point between the old and the new South Africa.

Drama and theater in English

Before Guy Butler and others started writing for the theater in the 1950’s, there was hardly any domestic South African drama. Athol Fugard became the foremost playwright, and he gained importance especially through his collaboration with actors such as John Kani and Winston Ntshona in so-called workshop performances. Mention may also be made of playwrights such as Don Maclennan, Stephen Gray and Paul Slabolepszy. The experimental theater is important at universities and in urban areas. The best known example is the performance of Johannesburg’s Market Theater’s “Woza Albert!” (1981; “Get up, Albert!”). Of particular interest is the blend of African and European idiom that reproduces the non-white spoken language of the often forbidden plays that were erected in hidden basement rooms.

Drama and theater in african

The Afrikaans-language drama before 1900 was intended to propagate for the Africans and their languages ​​and to raise the level of culture. Until 1920, comedies and historical melodrama dominated. JWF Grosskopf and HA Fagan introduced the realistic drama. From the 1960’s, existential and socially critical dramas, often experimental in form, are written by, among others. Bartho Smit, André Brink, Pieter Georg du Plessis, Adam Small and Pieter Fourie. For TV, Karel Schoeman wrote.

During the first years after the breakthrough of democracy, there was a certain confusion of identity. Proven topics and accusations no longer seemed relevant, and many actors sought film and TV. Gradually, however, the theater regained its position. Young playwrights discovered topics that were previously considered irrelevant, such as love, religion, homosexuality and family conflicts, as well as previously untreated topics such as HIV and AIDS. At the same time, parts of the older repertoire, such as Fugard’s previously mentioned “Woza Albert” became modern classics for new generations. The most well-known theaters that opened in the 1970’s, such as the Market Theater in Johannesburg as well as the Baxter Theater and the Space Theater in Cape Town, are still leaders in theater.

“The Kimberley Diamond Robbery” (1910) was the first major film production in South Africa and was followed in the 1910’s and 1920’s by major productions that could match foreign competitors. One was the producer IW Schlesinger’s (1871–1949) “The Symbol of Sacrifice” (1918). 25,000 Zulu warriors depicted the Englishmen’s war against the Zulu population in 1879. Until the abolition of the apartheid system in 1994, films were largely produced for a white audience.

For other population layers, cheap films have been imported from India, Hong Kong and Europe. During the 1970’s a white-administered film production emerged for blacks, largely consisting of quickly produced B-movie adventure and gangster films with black actors. Few South African films have reached outside the country. An exception is the controversial and internationally successful comedy “The Gods Must Be Crazy” (1980).

During the 1970’s and 1980’s, South Africa was the scene for British-funded action films, such as “Gold” (1974) and “The Wild Geese” (1978, sequel 1985). These were widely debated as adherent and sometimes directly propagandistic to the policies of the white regime. However, socially critical films were also made during this time, such as Ross Devenish’s (born 1939) “Boesman and Lena” (1973) after Athol Fugard’s acclaimed play. Soviet-based playwright Gibson Kente (1932–2004) became the first resident, the film director responded with the 1976 film adaptation of his play “How Long (Must We Suffer…”). Kente was imprisoned and the film banned, but a copy survived on an archive.

Even documentaries about apartheid were made secretly and smuggled out of the country, and feature films such as Richard Attenborough’s “A Call to Freedom” (1987) and Chris Menges’s “Another World” (1988) were recorded in Zambia and Zimbabwe. So a great deal aroused the Soweto-recorded and highly socially critical “Mapantsula” (1988), directed by the white South African Oliver Schmitz (born 1960) and written by the black author Thomas Mogotlane (1953-93). During the 1980’s, an average of about 45 feature films were produced per year.

Among the most notable films of the 1990’s were the internationally acclaimed “Cry, the Beloved Country” (1995) by Darrell Roodt (born 1962) after Alan Paton’s novel, the Indian director Shyam Benegals (born 1934) “The Making of the Mahatma ”(1996), on Gandhi’s encounter with racism in South Africa and how this shaped his philosophy of passive resistance, and Les Blairs (born 1941)” Jump the Gun “(1997), on contemporary South African society from a working class perspective.

Since 1994, South African film companies and film funds have become increasingly active co-financiers for international productions. Some prominent titles are “Hotel Rwanda” (2004), “Invictus” and “District 9” (both 2009). Even self-produced successes such as the Oscar-winning “Tsotsi” (2005) and Schmitz’s “Life, Above All” (2010) have reached cinemas around the world.

In the fight against apartheid, the artists contributed powerful propaganda, both in exile and in the country. A new art has been developed in recent years: township art. It has its roots in an artistic, political and educational movement in the black neighborhoods and in various techniques reflects the hardships of daily life.

Cape Town is the oldest permanent European community in Africa south of the equator, founded in 1652. As a protection against the indigenous population, a castle was built which, for the first time, housed most settlers as well as their workshops, shops and hospitals. Next to the castle was a garden. As the population increased, the residents began to settle outside the castle. The triangle between these settlements, the garden and the castle formed the core of Cape Town. The East India Company also built its office and warehouse premises in the regular grid system of the street network. The lifestyle was similar to the one in the Netherlands with a big church, vegetable market, Heerengracht, and parade place.

Since the British entered Cape Town, the city gained a more British feel from the late 1790’s. When the South African Union was formed, Cape Town became the seat of the country’s parliament. However, the city center retained its character with older buildings from the Dutch era, e.g. the old town hall, the old court and some private merchant houses. On the main street Adderley Street there are examples of early British architecture, such as customs houses, libraries, theaters and government houses. Greenmarket Square and Long Street are typical of the mixed style with elements of early South Africa.