Sierra Leone is a republic in West Africa, off the west coast of Africa. The country borders Guinea in the north and east, and Liberia in the south.

Sierra Leone became independent in 1961 and republic in 1971. The country was haunted by corruption, civil war in the period 1991–2002 and an Ebola epidemic in 2014–2015, and is one of the world’s poorest countries. The capital is Freetown.

Sierra Leone (the name) is from the Portuguese seaman Pedro de Sintra who called it ‘Serra Leão’, ‘The Lion Mountain’.

National anthem is ‘High We Exalt Tea, Realm of the Free’.

Population growth is high. Both birth rate and mortality rate are high in part due to high maternal and child mortality rates, lack of clean water and sanitation, poor nutrition and poor access to health services. The urbanization rate is 39.9 per cent (2015).

English is the official language, but is only used by a literate minority. Mende is the most important spoken language in the south and most important in the north. Krio (English-based Creole) is the main language for ten percent of the population and is understood by about 95 percent.

Muslims make up 60 percent of the population. ten percent are Christians while 30 percent have local traditional religions.

During the 1991–2002 civil war, nearly half the population was displaced from their homes. 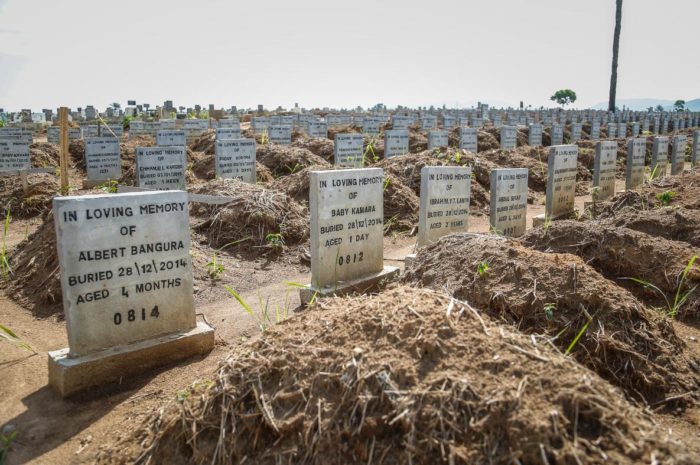 Life expectancy in Sierra Leone is only 45 years, and diseases such as malaria and lack of good health care are killing many. Also in the Waterloo Cemetery in Freetown are many who died during the 2014 Ebola epidemic. 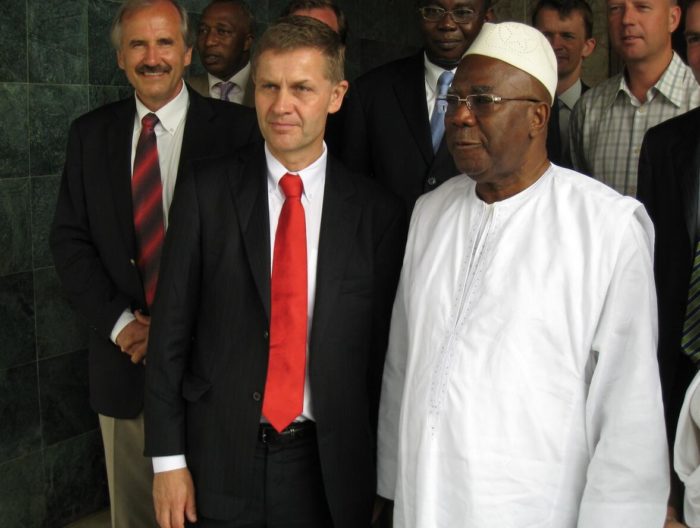 Sierra Leone is a presidential republic. The president is the head of state and head of government, is elected in general elections for five years and can be re-elected once. The government members are appointed by the president. Parliament has one chamber, the House of Representatives, with 124 seats. 112 of these are elected for five years directly in one-man constituencies in the majority elections and 12 seats are filled by heads of districts in separate elections.

The country is divided into three provinces and one area comprising the capital.

There is voluntary military service for women and men from the age of 18. The armed forces consist of an army that also includes naval and air defense.

Sierra Leone is a member, among others, of the UN and the UN’s special organizations as well as of the World Trade Organization, the Commonwealth, the African Union (AU), ECOWAS (Economic Community of the West African States), G 77 and the Cotonou Agreement. 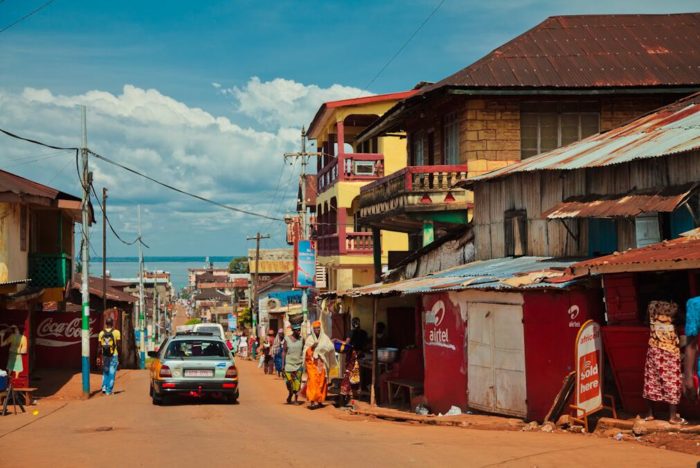 Sierra Leone’s economy is primarily based on agriculture and mining. Most rice, millet and sorghum are produced, as well as bananas, corn, sweet potato, palm kernels, peanuts, coffee and cocoa. Cattle (especially in the north), sheep, goat and poultry are kept. Fishing is carried out in the sea and in fresh water.

The country has major mineral deposits, especially the extraction and export of rutile, bauxite and diamonds. Gold and salt are also extracted. Oil has been detected offshore. Primary industries accounted for 71.1 per cent of gross domestic product ( GDP ) in 2016.

The industry is underdeveloped and was largely destroyed during the civil war. It includes most processing of agricultural products for local consumption. The industry accounts for 7.9 per cent of GDP (2016).

Primary school is six years old from children is six years, and high school is also six years (three + three years). There is a shortage of teachers and schools, and poorest school coverage in the countryside. There are three universities; Fourah Bay College (established in 1827) is the oldest university in West Africa. Two-thirds of the adult population is illiterate.

The art is characterized by, among other things, wood sculpture and the production of masks.

Written sources from the early 18th century tell of a vital musical life with song dancing and stringed instruments that made a deep impression on Europeans. Music still plays a central role in the country’s cultural life and is linked to dance, drama and storytelling. The riches are not only due to the individual traditions of the individual peoples groups, but also the influence between them.

Common activities include singing, playing, clapping and dancing. Migrant musicians live by composing, performing and accompanying songs of praise to chieftains and other clients. Singing in groups can be both unison and polyphonic. The national dance troupe is internationally known.