The Sharing of Africa is the name by which the division of the African continent became known during the nineteenth century and ended with the Berlin Conference (1884-1885).

With the economic growth of England, France, the Kingdom of Italy and the German Empire, these countries wanted to advance Africa in search of raw materials for their industries.

How did it happen?

Countries like Portugal had been on the continent since the 16th century. They used Africa as a supplier of slave labor, in a lucrative trade in which England, Spain, France, and Denmark participated.

European expansion to the African continent in the nineteenth century was justified by public opinion as the need to “civilize” this territory.

In the nineteenth century, there was a belief in the superiority of races and civilizations. Theories such as Auguste Comte’s Positivism and Social Darwinism corroborated this idea.

Thus, it was necessary to make the “backward” Africans, according to European standards, civilized.

News from the African continent came to Europe through reports of expeditions that had different purposes:

Thus, we realized that economic, religious and cultural aspects influenced the desire for land ownership.

For the European, it was necessary to “save” the African from the savagery, the backwardness and the practices that were regarded as reprehensible in the Old World. This kind of imperialist behavior underpinned the myth of the “white man’s burden” and eugenics .

At the same time, the territories were gradually being invaded by European nations. See below how was the occupation of Africa by the European powers:

After Brazil’s independence, Portugal managed to maintain its African possessions such as Angola, Cape Verde, Guinea and Mozambique.

The country will have problems with Belgium, England and Germany that wanted to expand their territories in Africa over Portuguese territories.

Spain occupied the Canary Islands, Ceuta, Western Sahara and Melila. To supply its Caribbean slave colonies, it relied on the trade made by the Portuguese, French, and Danes. Later, the country would invade Equatorial Guinea (1778).

King Leopold II of Belgium established the International Association of Africa in 1876. This organization aimed to explore the territory corresponding to Congo that would become its personal property.

The country also occupies Rwanda and there establishes a system of ethnic division between Hutus and Tutsis that will have disastrous consequences for the future in Rwanda Genocide (1994).

The United Kingdom was the largest economic power of the nineteenth century due to the Industrial Revolution. However, it needed more cheap raw materials to keep up with its growth.

England was occupying territories like present-day Nigeria, Egypt, South Africa. Such was the certainty of English superiority that fueled the idea of ​​building a railroad connecting Cairo and Cape Town.

For this, the country invades areas between these territories such as Kenya, Sudan, Zimbabwe and will conflict with virtually all other European countries in order to maintain or expand their possessions.

France occupied the territory of Senegal in 1624 to secure the supply of slaves to its colonies in the Caribbean.

Throughout the 18th century, its navigators occupied several islands in the Indian Ocean such as Madagascar, Mauritius, Comoros and Reunion.

However, it was in the nineteenth century that, between 1819 and 1890, succeeded in getting 344 treaties with African chiefs. They occupied Algeria, Tunisia, Morocco, Chad, Mali, Togo, Benin, Sudan, Ivory Coast, Central African Republic, Djibouti, Burkina Faso and Niger.

In addition to facing the inhabitants who did not accept the invasion, the French fought several wars against the Germans, who wanted to take their possessions.

The Dutch occupation began in present-day Ghana, called the Dutch Gold Coast. They remained there until 1871 when they sold possession to the English.

Through private investors, the Dutch began exploring Congo in 1857.

However, it was in South Africa that the Dutch stayed the longest. There they had established a gas station in present-day Cape Town in 1652.

When the territory was conquered by the English, the Dutch were expelled in 1805, but still remained in South Africa and would enter into various conflicts with the English, such as the Boer War (1880-1881 / 1899-1902).

After Italian Unification, Italy sets out to conquer the world. However, without a powerful army, the country occupies the territories of Eritrea, part of Somalia and Libya.

It tries to conquer the kingdom of Ethiopia, but it was helped by France and Russia. It will only do so in the 1930s under the command of Benito Mussolini.

Germany wanted to secure its fair share of markets in Africa. After German Unification in 1870, any European decision had to go through the powerful Chancellor Bismarck.

As there were already many border disputes between the European powers, Bismarck invites representatives of the major colonial powers to discuss the directions of the African occupation.

This event would be known as the Berlin Conference. Germany occupied the territories corresponding to Tanzania, Namibia and Cameroon.

In order to prevent wars between European powers over African territories, Chancellor Otto von Bismarck called a meeting with representatives of European countries that had possessions in Africa. No African representatives were invited.

The Berlin Conference (1884-1885) was an agreement aimed at recognizing the borders of already occupied territories and laying down rules on future occupations on the African continent.

Among its guidelines was the need for one nation to communicate to another when taking possession of a territory. It was also necessary to prove that he could manage it.

Prior to Sharing Africa, African kingdoms were within natural boundaries defined according to the ethnic groups that made up these kingdoms.

African states were drawn by artificial borders at the will of the European colonizer. Thus, enemy ethnicities had to live within the same territory causing bloody civil wars.

The European occupation provoked resistance and insurrections from nations that were massacred during the twentieth century.

Likewise, through the European vision, the myth has spread that Africans are cursed for not accepting Christianity and therefore unable to thrive.

Today the African continent is the poorest in the world and there is still strong pressure on Africa’s natural riches such as oil, gold, phosphate and diamonds. 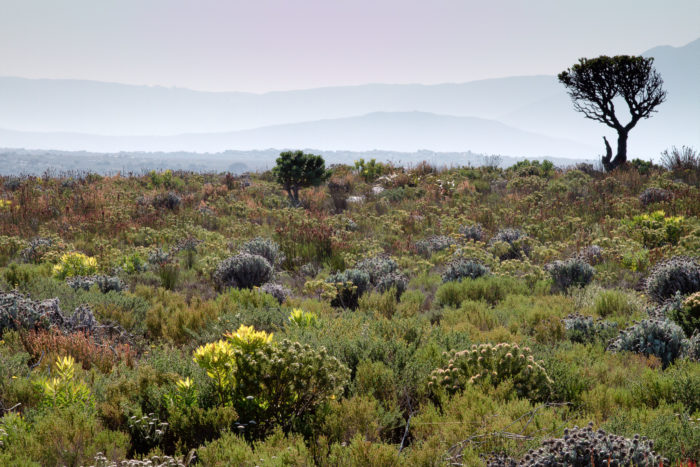 Literature Francophone In Tunisia, Arabic-language literature flourished both before and after the country’s independence in 1956, while French-language literature had long held an obscure place. Until the 1970’s, Albert Memmi was the only major author in French. But interest in French literature began to grow among the young population as early as the late 1960’s, […]

Wafaa Al-Nil Festival The River Nile has been celebrated at the Wafaa Al-Nil Festival since the Pharaohs. Back then, beautiful girls were sacrificed and thrown into the river; today, people celebrate with concerts, poetic readings and competitions for children. Date: August 15, 2020 – August 15, 2020 Place: Nilufer Muhammad’s birthday Every year on the 12th day of […]

Political radicalization President Nasser set about Egypt’s economic course toward greater state participation. Foreign investment was nationalized, as was the National Bank and other parts of the financial sector. In the countryside, measures were taken to promote cooperative agriculture. This radicalization, in the direction of ‘Arab socialism’, gained support among the Egyptian masses and reverberated […]