The CFA Franc (XOF) is issued by the Banque des Etats de l’Afrique de l’Ouest (BCEAO, State Bank of the West African States) and used by the 8 members of the African Economic and Monetary Union (UEMOA) Benin, Burkina Faso, Côte d’Ivoire, Guinea-Bissau, Mali, Niger, Senegal and Togo. The CFA Franc (XAF) issued by the Banque des Etats de l’Afrique Centrale (BEAC, State Bank of the Central African States) is not a legal tender in Senegal. The CFA franc is pegged to the euro at a fixed exchange rate.

Currency exchange: Foreign currencies (especially euros, US dollars, British pounds) and travelers checks are easily exchanged in banks. The euro is changed in banks at a fixed rate. There are also exchange offices. Outside of Dakar, almost only euros are changed.

ATMs: are found in most major cities in Senegal. The most commonly accepted card is Visa.

Yellow fever: In recent years, individual cases and an outbreak of 134 yellow fever diseases (2002) have been confirmed in the regions of Dakar, Thies, Touba, Thiadiaye.

Malaria: Malaria is one of the most important diseases in Senegal in terms of both disease rate and mortality. The transmission takes place through the bite of blood-sucking, nocturnal Anopheles mosquitoes. If left untreated, especially dangerous malaria tropica (> 70% of cases in Senegal) is often fatal in non-immune Europeans. The disease can break out weeks to months after your stay. If fever occurs during this time, it is necessary to inform the attending doctor about staying in a malaria area.

There is a high risk of malaria across the country. Transmission all year round, with less seasonal fluctuations in the southern two thirds of the country and more pronounced in the north with the highest number of illnesses during the rainy season and subsequent transition phase and decrease in the dry season. Chemoprophylaxis (taking tablets) is recommended. For malaria prophylaxis, various prescription medicines (e.g. Malarone®, Doxycyclin, Lariam®) are only partially available in local pharmacies. It is advisable to take a sufficient supply with you. The choice of medication and its personal adaptation as well as side effects or incompatibilities with other medications should be discussed with a tropical medicine / travel medicine before taking it.

HIV / AIDS: In 2005, 61,000 cases of HIV / AIDS infection were reported in Senegal. In the same year, 0.9% of the adult population and approximately 27% of the prostitutes were HIV positive. Through heterosexual and homosexual contacts, drug use (dirty syringes or cannulas) and blood transfusions there is always a high risk. Condom use is always recommended, especially on the occasion of acquaintances.

Diarrhea and cholera: Cholera occurs repeatedly in epidemics with between several hundred and a thousand cases per year.

Bilharzia germs can come across the country before in some ponds and rivers, swimming and paddling in fresh water should be avoided. Well-maintained swimming pools with chlorinated water are harmless. Dengue fever, which is

transmitted by mosquito bites,occurs nationwide. Effective insect protection is recommended. Epidemic outbreaks of meningococcal meningitis can occur during the dry season. To protect yourself, get vaccinated and avoid large crowds. Nationwide, there is an increased risk of infection from sleeping sickness, which is transmitted by mosquitoes. Careful mosquito protection measures are recommended.

Nationwide there is an increased risk of infection for various infectious diseases (e.g. hepatitis A, typhoid, Bacterial dysentery, amoebic dysentery, lambliasis, worm diseases), which are transmitted through contaminated food or beverages. Therefore, careful food and drinking water hygiene measures should always be carried out. In general, water should either be boiled or otherwise sterilized prior to use for drinking, brushing teeth, and making ice cubes. Milk is not pasteurized outside of urban areas and should also be boiled. Avoid dairy products from uncooked milk. Meat and fish dishes should only be cooked well and served hot. Avoid eating pork, raw salads and mayonnaise. Vegetables should be cooked and fruit peeled.

Transportation and travel options in Senegal

Rail: A train runs from Dakar via Hann, Thiaroye and Rufisque to Thiès.

Cars: The network of paved roads is approximately 3,900 km (including 7 km of motorway!) And connects the larger cities and the coast. The roads / slopes in the interior are not so good and often difficult or not passable during the rainy season. Speed ​​controls are common near villages, and fines must be paid immediately or at the nearest police station. Vehicles older than 5 years may not be imported into Senegal without a Carnet de Passage. Buses connect the larger cities in Senegal with each other. Bush taxis and minibuses also drive inland and in remote areas. Rental car Large international companies are only available in Dakar and in the larger cities, but are often quite expensive. It is often cheaper to rent taxis with a driver for a certain period of time. Documents: French or international driving license. Green insurance card. A carnet de passage is required for vehicles older than 5 years.

City traffic: Buses and minibuses run in Dakar. Regional trains from Dakar to Thiaroye and Rufisque. Taxis are available in most cities. 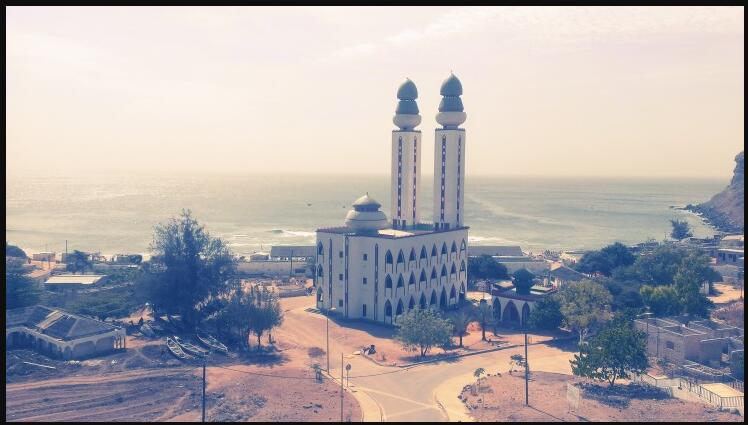 The most interesting attractions

Dakar is a lively port city with many restaurants, shops and a varied nightlife. The island of Gorée, formerly a central slave market, can be reached by ferry. There is the Historical Museum here, it is worth a visit. The IFAN Museum shows a large collection of West African masks and musical instruments. The Sandaga and Kermel markets are both interesting. You can also spend some time in the old town of Dakar. The beach on N’Gor Island is a nice destination.

Saint-Louis was founded by the French as one of the first cities during the slave trade and was even the capital of Senegal. The city has a nostalgic atmosphere with narrow streets and colonial houses. The surrounding beaches invite you to relax. Every day trips on the Senegal River are possible from here.

Ziguinchor is an ideal starting point for trips to the Casamance region with their mangrove swamps. In the Parc National de Basse Casamance can (rarely seen) with a little luck colobus monkeys, leopards and crocodiles. In tourist-Campe Apartments accommodations are offered, which are run by villages or collectives.

The Senegalese national parks Niokolo Koba, Basse Casamance, Langue de Barbarie and Djoudi attract visitors less because of their big game than because of their species-rich bird life. Simple accommodations (campements) are available in all national parks. The Lac de Guiersalso offers a habitat for numerous bird species.
The source area of ​​the Saloum River is an important archaeological site. The Parc du Delta du Saloum is a small paradise with swamps, dunes and small islands.
The most beautiful beaches in the country can be found in Cap Skiring and south of Dakar, on the Petite Côte.