Both in African languages ​​and in French, Senegal has a rich literary tradition dating back to the 19th century. In addition, literature, especially of a religious nature, was written in Arabic as early as the 18th century. Much of the traditional poetry depicted the life of the mythical ruler Lat Dior, who opposed the French colonizers.

One reason why Senegal has developed such a rich literary tradition is the important position Dakar has held as an intellectual and cultural meeting place for the whole of French-speaking Africa. In this context, L’École William Ponty, a college founded in 1913, has been central. It is known for his drama performances.

The first major French-language writers emerged in the 1920s and 1930s; among them were Masyal Diop (1886–1932), Bakray Diallo (1892–1978) and Ousmane Socé Diop. Otherwise, there were several Senegalese among the young African students who, in 1930s Paris, laid the groundwork for the négritude movement. Foremost among these was Léopold Sédar Senghor, a central figure in Senegalese literature and politics. To this same circle belonged Birago Diop, who is especially known for his fables. Other significant early Senegalese writers are lyricist David Diop, novelist Abdoulaye Sadji, novelist and critic Lamine Diakhaté, and novelist Cheikh Hamidou Kane, Malick Fall (1920–78) and Malick Dia (b. 1934), who all deal with cultural conflicts. Djibril Tamsir Niane (b. 1932), who was born in Guinea but is a Senegalese citizen, has in historical and literary works given the fabric of the country’s ancient epic a modern form.

As opposers and opponents of Senghor can be counted the other two dominant figures in Senegalese literature and intellectual life, the novelist and filmmaker Ousmane Sembène and the philosopher and historian Cheik Anta Diop, one of Africa’s most prominent intellectuals. His theories express a clear pan-Africanism and are based on extensive historical studies. Diop was highly disputed and was imprisoned both during the French colonial rule and during Senghor’s presidency.

Among the authors who have dealt with the situation in the post-colonial Senegal is Cheikh Aliou Ndao (b. 1933), who has also written several books on wolof. Gana Kébé Mbaye (b. 1936) published the novel Le Décret (1984), which was very popular as a TV series. You can also mention the novelist Cheikh Badiane (b. 1940), Boubacar Boris Diop, who has written both novels and plays, and the lyricist Amadou Sall (b. 1951). The socially critical humorist Ibrahima Sall (b. 1951) has published both prose and lyric.

Senegal has also had a number of significant female writers, among others. the lyricists Annete M’Baye D’Erneville and Kiné Karama Fall (b. 1934) and the proseists Mariama Bâ, Animata Sow Fall and Nafissato Diallo (1941–82). Among the younger ones is Marie N’Diaye (b. 1967), who has written several experimental and feminist novels. Essayist Awa Thiam has in several books highlighted the situation of women across the African continent.

There is a strong dramatic tradition in Senegal dating back to the early 1900s. Among the foremost early playwrights is Amadou Cissé Dia (b. 1915), who wrote Les derniers Jours de Lat Dior (1947). Mamadou Seyni Mbengue (b. 1925) has also collected material from this mythical hero. Thierno Bâ (b. 1926) has dealt with similar material both in innovative plays and in children’s stories. With his existential dramas, which combine elegant irony and deep human involvement, Abdou Anta Ka (b. 1931) stands out from the strong historical drama tradition. 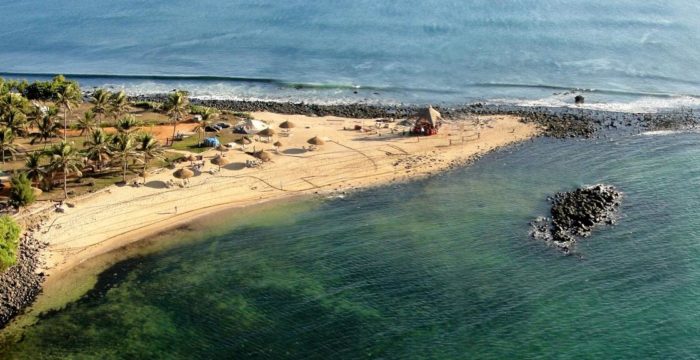