Visa requirements of the Republic of the Congo

Passport: is generally required for travel to the Republic of the Congo, the passport must be valid beyond the stay or visa.

Transit: Transit travelers who fly on with the next plane, have valid travel documents and do not leave the transit area do not need a transit visa.

Application: at the consulate or consular department of the embassies (see Republic of the Congo – important addresses). In theory, it is possible to buy the visa on arrival at Brazzaville Airport or Brazzaville Port (from Kinshasa), but this is not mandatory. It is therefore recommended to apply for the visa before traveling.

Documents: Tourist Visa: 2 originally filled out application forms (faxes and copies are not accepted) – 2 passport photos (no scanned images) – a passport that is still valid for at least 6 months – fee – travel booking confirmation for return flight – proof of a yellow fever vaccination.
Business Visa: In addition, a letter from the company with confirmation of the assumption of costs and information about the purpose and duration of the trip to the Republic of the Congo.

When applying for a visa by post, a sufficiently franked envelope and proof of payment for the necessary visa fees should be attached.

Residence permit: Inquiries can be made to the Direction de Sécurité d’Etat in Brazzaville.

Money in the Republic of the Congo

The CFA is issued by the Banque des Etats de l’Afrique Centrale (BEAC, State Bank of the Central African States) and is a means of payment in Equatorial Guinea, Gabon, Cameroon, Congo, Chad and the Central African Republic. The CFA Franc (XOF) issued by the Banque des Etats de l’Afrique de l’Ouest (BCEAO, State Bank of the West African States) is not a legal tender in the Republic of the Congo. The CFA Franc is pegged to the euro at a fixed exchange rate.

Currency exchange: It is almost always possible to pay with US dollars. However, US dollars can also be exchanged at money changers in Brazzaville as well as in Lebanese-run markets and Internet cafés (wherever there is a need for foreign currency).

Traveler’s checks: are rarely accepted and should preferably be issued in euros or US dollars.

ATMs: do not exist in the Republic of the Congo.

In the Republic of the Congo there are repeated outbreaks of Ebola, the last outbreak was in 2003, the last individual diseases have occurred in the Cuvette Ouest Region (in Etoumbi and Mbomo) since the end of April 2005. This disease is highly febrile, associated with bleeding, and often leads to death. A transmission can take place through contacts with sick people and their excretions. Since the affected region is very remote on the Gabon border, it is not a travel destination. According to the Federal Foreign Office, there is therefore no danger to Congo travelers.

Medical care in the Republic of the Congo (also in the capital Brazzaville and Pointe-Noire) is not comparable to European standards. Be sure to bring your own first- aid kit with you. Sufficiently trained and English or French speaking doctors are often missing.

For trips to the Republic of the Congo, the Federal Foreign Office’s health service recommends protection against tetanus, diphtheria, polio, hepatitis A and hepatitis B, typhoid and meningitis as useful vaccination protection. With special exposure (e.g. stay in the country, hunting or jogging), vaccination against rabies can be very useful. A valid yellow fever vaccination is mandatory for entry, occasionally proof of a valid cholera vaccination must be presented upon entry.

HIV / AIDS is a huge problem in the country and poses a great danger to everyone who runs the risk of infection: Sexual contact, dirty syringes or cannulas and blood transfusions can pose a great risk.

Many infectious diseases and sometimes dangerous diarrhea can be avoided by hygienic eating and drinking (only boiled, nothing warm) and continuous mosquito repellent (repellents, mosquito net, covering clothing, behavior). This also includes malaria.

There is a high risk of malaria in the Republic of the Congo throughout the year. The most important measure to prevent malaria is to protect against mosquito bites through appropriate clothing, use of mosquito repellent skin agents, possibly mosquito nets or the like. There are various prescription drugs such as Malarone®, Doxycyclin, or Lariam® available for drug prophylaxis. Discuss the necessity, selection, individual dosage, possible side effects and possible incompatibilities with other medications before starting the trip with a tropical or travel doctor.

As a useful vaccine protection for travel in the Central African Republic is recommended: protection against tetanus, diphtheria, polio, hepatitis A and hepatitis B, typhoid and meningitis. With special exposure (such as a stay in the country, hunting or jogging), vaccination against rabies can also be very useful. A valid yellow fever vaccination is mandatory for entry, sometimes proof of a valid cholera vaccination must be brought in upon entry. A malaria prophylaxis is highly recommended.

Travel to the Republic of the Congo

Plane: Trans Air Congo flies several times a day between Brazzaville and Point Noire as well as Dolisie (Loubomo) and Nkayi, less often to Imfondo. The technical condition of the aircraft used in Congo does not meet western standards. Sometimes there is not enough fuel, so flights can be canceled or delayed. Sometimes unforeseen stops must be made to refuel in the Angolan enclave of Cabinda.

Rail: Train traffic between the port city of Pointe Noire and Brazzaville has been resumed, but the journey time can be up to 3 days. Timetables are not kept. Tracks, trains and signaling systems are in poor condition, there is an accident risk. Passengers may be attacked in the train stations when arriving at night.

Cars and off-road vehicles: Right-hand traffic prevails in the country. A paved road leads north from Brazzaville to Oyo (hometown of President Sassou-Nguesso). In total, however, less than 1,000 km (2004) of the roads in the Republic of the Congo are paved, the other connections are mostly unpaved slopes that are difficult or impossible to drive in the rainy season. Night driving in the Republic of the Congo is not recommended (vehicles without lights, people and animals on the road). Due to the poor condition of the slopes, traffic accidents often occur. Bus taxis and minibuses connect most places in the country with each other, of course there are no timetables, it is departed when the vehicle is full.

Car rental: Europcar has a branch in Brazzaville. Documents: the international driving license is required.

City traffic: in Brazzaville you will find minibuses everywhere. Taxis also operate in the larger cities of Brazzaville, Pointe Noire and Dolisie (Loubomo). It is best to negotiate the fare before departure (knowledge of French is an advantage here).

Attractions in the Republic of the Congo

The biggest attractions in Brazzaville are the lively markets: especially on the Marche Total you will find a complete overview of local food: from cassava and cassava to caterpillars. The Marche Touristique, on the other hand, offers carving, masks and weaving from Central Africa. Noteworthy buildings in Brazzaville include the Basilique Sainte-Anne and the Temple Mosque. The Cathédrale de Sacré Coeur is the oldest building in the city (built in 1894). 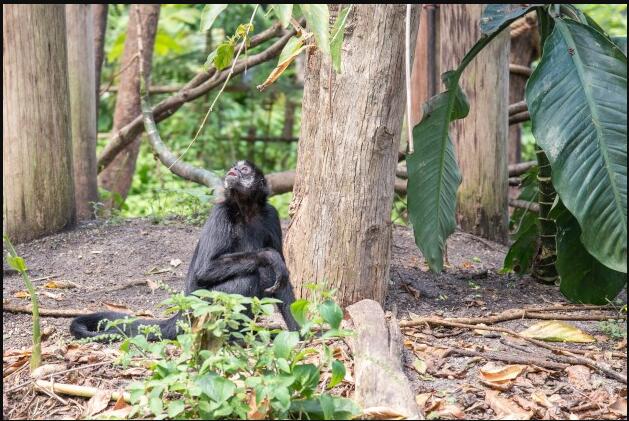 The most “touristic” city in Congo is Point Noire. There are sandy beaches, good restaurants and bars. Richer Congolese and expatriates often spend their weekends here.

Congo is home to one of the most interesting national parks in the northwest: the Parc National D’Odzala. This rainforest national park is famous for its lowland gorillas, forest elephants and chimpanzees. Tours can theoretically be booked with ECOFAC (but it is often difficult to make contact with this organization, which is also funded by the EU, unfortunately there does not seem to be any re