Islam is the official religion of Egypt, and about 90-95 percent of the population is Muslim. In addition, Egypt has a significant Christian minority.

Christianity came to Egypt before the year 100 AD, and the country still has a significant Christian minority: The Coptic Orthodox Church is the largest church community in today’s Middle East, gathering about 5-10 percent of the population. The Coptic Church’s current leader, Pope Tawadros II, is considered the 118th church leader by the evangelist Mark, who, according to tradition, Christianized Egypt. Alexandria early became a spiritual and intellectual center, and the city’s Christian catechetical school had outstanding teachers ( Clemens, c. 150–215; Origen, c. 185–251). The Christian monastery was created in Egypt. 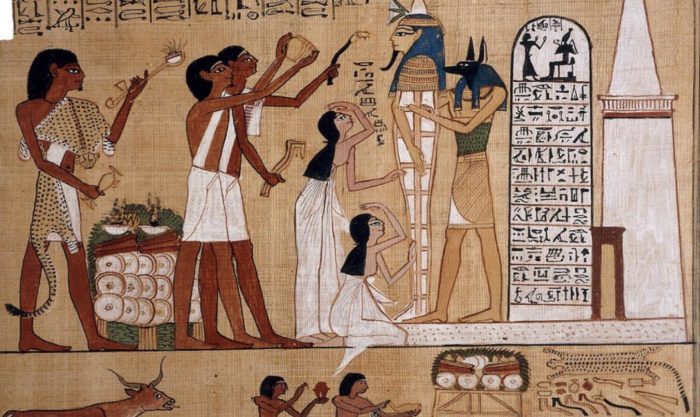 In the years 639–41, Muslim Arabs conquered the land, which was gradually Islamized and Arabized. Egyptian Islam has played an important historical role. Cairo is still a religious and intellectual center in the Sunni Muslim world, and today about 90-95 percent of the population is Muslim, mostly Sunni Muslims, but also a smaller group of Shia Muslims. Sufism is widespread. Islam is the official religion of the country, and the president himself must be Muslim. Islamic jurisprudence is defined as a central source of Egyptian law. In practice, this applies especially to family law. Christians and Jews can follow their own legal systems in family matters.

The Greek Orthodox Church has a patriarchy in Alexandria, by the way there is an Armenian Orthodox Church and also small Greek-Catholic (Melchite) and Catholic and Protestant churches. Before 1948, Egypt had a relatively large Jewish population, approximately 80,000, but emigration has led to only a very small group remaining. There is also a small Baha’i minority in Egypt.

Freedom of religion is defined in the Constitution as an inviolable right, and the state must protect the citizen’s religious freedom; the right to practice their own rituals and their right to establish their own premises for worship. However, this only applies to the ‘divine religions’, that is Judaism, Christianity and Islam. Other religious groups such as Bahai and Jehovah’s Witnesses may meet privately, but they are not allowed any form of public worship. Atheists are not protected by law.

The Constitution prohibits blasphemy, offending the prophets of others, and all discrimination on religious grounds. However, discrimination is widespread. It is also common for conflicts between Christians and Muslims, and outright abuses against Christians, to be kept out of the judicial system, and instead “resolved” by ritualized reconciliation meetings that may even lead Christians to leave their own homes.

In recent decades, a number of terrorist attacks have affected Christians and churches, but these are rarely resolved.