Nigeria’s literature is one of the most flourishing in Africa. In different languages ​​the oral tradition still lives, especially in poetry, song and fable. In the 19th century, literature began to be written down, first in Arabic and Hausa. The first author in Yoruba was DO Fagunwa. In a strong African-colored English, Amos Tutuola wrote his story “The Palmwine Drinkard” (1952; “The Palm Wind Drinker”). With “People of the City” (1954), Cyprian Ekwensi made the popular igor novel respectable. In the continued development, the Mbari Club in Ibadan and magazines such as Black Orpheus played a major role. Both prose and poetry and drama first tended to deal with the history and colonization from the traditional village’s point of view, while the Biafra crisis placed the war, its causes and consequences, in focus. Then it is the individual’s struggle in the jungle of urban culture and the experiences of the West that are processed. Among the many novelists, Chinua Achebe, Nobel Laureate Wole Soyinka and Flora Nwapa emerge as a first generation, followed by Kole Omotoso, Buchi Emecheta, Ben Okri and Ken Saro-Wiwa. The most important poets are Gabriel Okara, Christopher Okigbo, John Pepper Clark, Soyinka and Pol Ndu. The story of the written drama begins with James Ene Henshaw. It is Soyinka’s premier genre and has in an interesting way been passed on by Wale Ogunyemi, ‘Zulu Sofola and Ola Rotimi. 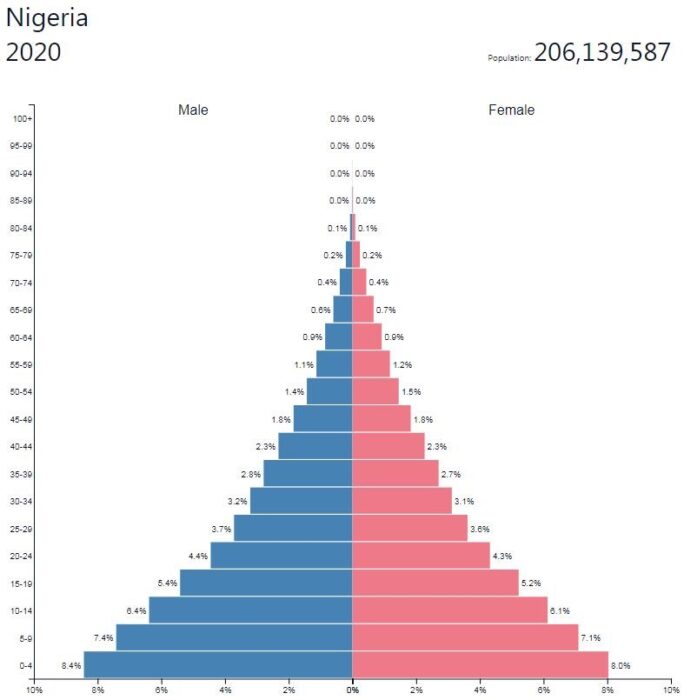 Among the many Nigerian writers who have emerged in recent years is Chimamanda Ngozi Adichie, who received a major breakthrough with “Half of a Yellow Sun” (2006; “A Half Yellow Sun”), a novel about the Biafra war. Chris Abani, who has been imprisoned several times for his authorship and political commitment, portrays the often violent modern Nigerian society in novel and poetic form. Mention can also be made of Helon Habila, Sefi Atta and Biyi Bandele.

With more than 50 films produced during the period 1971-96, Nigeria is one of the leading film nations in sub-Saharan Africa. Most films are made in English, but there are also films in native languages ​​such as Hausa and Yoruba. Leading filmmakers have been Hubert Ogunde (1916-90) Eddie Ugbomah (born 1940), Jab Adu, documentary filmmaker Adamu Halilu and Ola Balogun (born 1945), whose “Ayaji” (1979), about a ruling family’s repression of a Yoruba tribe, was the first Nigerian film to be shown at an international festival.

In the 1990’s and the 00’s, Nigerian film production exploded when a film industry based on a production directly for the video market and made with relatively inexpensive video equipment was established. In the mid-00’s, there were 300 companies that together made 200 films a week and had a total turnover equivalent to just over SEK 1.5 billion per year. Due to the star system that arose around the industry and its wide popularity, the phenomenon has been called Nollywood. Several documentaries have been made about the phenomenon, including the American “Welcome to Nollywood”, Danish “Good Copy, Bad Copy” (both 2007) and the Canadian “Nollywood Babylon” (2008). The Nigerian film industry was early in introducing digital film technology for both recording and post-production in Africa.

In Nigeria, during our Middle Ages, the Bini people created an artistic high culture. Nigeria is known for its bronze works, the oldest of the 12th century, and for its ivory and wood carvings, of which the oldest are believed to be from the 11th century. However, the culture’s actual flowering occurred during the period circa 1550-1650 with a distinctive hoof art. The famous bronzes were produced in cire perdue technology, and in addition to the portrait heads, scenes were created depicting daily life in Nigeria. During a British criminal expedition in 1897, nearly 2,500 bronze and ivory art objects from the heyday of culture were discovered in Benin City.

The early cities of the Hausa people in northern Nigeria, e.g. Kaduna, Kano and Zaria, had advanced urban planning and development. The traditional architecture of these cities mainly consists of houses built of either clay with thatched roof or flat clay roof. Most often, the houses are grouped into units of three to five houses, surrounded by a wall. The Muslim faith dictates, among other things, gender segregation, which means that the men live closest to the entrance and the rest of the family further into the yard, undisturbed by foreign insight. Each farm has its own well. House facades and walls are decorated with paintings, reliefs and pointed towers.

In today’s Nigeria, the clay and straw are sometimes replaced by other building materials such as cement and corrugated sheet metal. Modern Nigerian urban development exhibits a variety of combinations of traditional and Western design.

Due to differences in music culture, Nigeria can be divided into three zones: the northern region, the middle belt and the coastal region. In the north, Hausa music, which is largely supported by professional musicians, specializes in genres such as ceremonial music, tribute music, crew music, entertainment music and hoof music. A number of external instruments have been integrated into Hausa music, e.g. the neighboring people sanghai’s trumpets (khaki) and hourglass drums (kalangu), shalmeja (alghaita) and fiddle (gogué) from North Africa.

Traditional yoruba musicians in the Southwest also specialize in singing or one of the central instruments. They do not see themselves as professional in the same way as, for example, today’s successful representatives of popular urban music styles. In Yoruba, Christian church music is also central. It was the starting point for several of the 20th century’s serious composers, e.g. Fela Sowande (1905–87), Akin Euba, Ayo Bankole (1935–76) and Lazarus Ekwueme (born 1936).

In Nigeria, popular music is heavily rooted in traditional music. This is particularly evident in musical forms such as apala, which can be described as a form of traditional pop music accompanied by different types of drums and percussion. Haruna Ishola (1919–83) was one of the genre’s biggest stars. A closely related style is Fuji, whose chief representatives include Kollington Ayinla (born 1952) and Sikiru Ayinde Barrister (born 1948). Song accompanied by rhythm instruments also characterizes waka, where the stars are women; greatest among these, Queen Salawa Abeni (born 1961) is considered to be. Even juju, which emerged from the late 1920’s has significant traditional features, but has nevertheless maintained its popularity to this day. Several of the country’s best-known musicians, such as Tunde Nightingale, IK Dairo (1930-96) and King Sunny Adé (born 1946) have played juju.

During the 1950’s, dance music highlife impressed both the Ghanaian counterpart and American jazz, and appealed to people across ethnic borders with their pulsating rhythm driven by wind instruments. From the 1960’s, electric guitar gained a more prominent place in highlife created by artists such as Chief Stephen Osita Osadebe (1934–2007).

Still, the biggest star in Nigerian music must be said to be Fela Anikulapo Kuti. In the music he created, called afro beat, traditional African music was mixed with big band jazz and funk. Because of his political outspokenness, he was persecuted by the authorities. Among his successors are the sons Femi Kuti (born 1962) and Seun Kuti (born 1983), now leader of the band Egypt 80, who previously backed the father.

Foreign music forms such as reggae and hip hop have also become popular in Nigeria. Among the most successful musicians are the reggae artist Majek Fashek, who broke internationally in the 1990’s, and Daddy Showkey, who mixes, among other things. reggae, hip hop and highlife. Lágbájá, who appears masquerade and under the pseudonym, combines a number of African and American styles and has been one of the country’s most talked about artists since the 1990’s.