The CFA Franc (XOF) is issued by the Banque des Etats de l’Afrique de l’Ouest (BCEAO, State Bank of the West African States) and used by the 8 members of the African Economic and Monetary Union (UEMOA) Benin, Burkina Faso, Côte d’Ivoire, Guinea-Bissau, Mali, Niger, Senegal and Togo. The CFA Franc (XAF) issued by the Banque des Etats de l’Afrique Centrale (BEAC, State Bank of the Central African States) is not a legal tender in Niger. The CFA franc is pegged to the euro at a fixed exchange rate.

Currency exchange: the easiest way to exchange euros in banks. US dollars are also accepted.

Travelers checks: best to have them issued in euros, otherwise the exchange fees are very high.

ATMs: there are none in Niger.

Foreign exchange regulations: No import restrictions. Declarations are required from an amount equivalent to CFA 500,000.

Niger is a yellow fever infection area according to the WHO. A valid yellow fever vaccination is mandatory for all travelers except children under the age of one.

Yellow fever: In 2006, 26 cases of yellow fever were reported. The regions of Agadez, Diffa, Maradi, Tahoua, Tillaberi and Zinder were affected.

Malaria: Malaria is one of the most important diseases in Niger in terms of both disease rate and mortality. The transmission takes place through the bite of blood-sucking, nocturnal Anopheles mosquitoes. If left untreated, especially dangerous malaria tropica (> 90% of cases in Niger!) Is often fatal in non-immune Europeans. The disease can break out weeks to months after your stay. If fever occurs during this time, it is necessary to inform the attending doctor about staying in a malaria area.

There is a high risk of malaria across the country. In the south there is less seasonality, in the central part and in the north of the country increasingly pronounced, with the highest number of illnesses during the rainy season and the subsequent transition phase and decrease in the dry season. Chemoprophylaxis (taking tablets) is recommended. For malaria prophylaxis, various prescription medicines (e.g. Malarone®, Doxycyclin, Lariam®) are only partially available in local pharmacies. It is advisable to take a sufficient supply with you. The choice of medication and its personal adaptation as well as side effects or incompatibilities with other medications should be discussed with a tropical medicine / travel medicine before taking it.

HIV / AIDS: 79,000 cases of HIV / AIDS infections were reported for Niger in 2005. In 2005, 1.1% of the adult population and in 2002 approximately 9.4 – 37.9% of prostitutes were HIV positive. Through heterosexual and homosexual contacts, drug use (dirty syringes or cannulas) and blood transfusions there is always a high risk. Condom use is always recommended, especially on the occasion of acquaintances.

Only drink water of safe origin, e.g. bottled water, never tap water. In case of emergency, use filtered, disinfected or boiled water. Use only drinking water for washing dishes and brushing your teeth. The following applies to food: cooking, peeling or disinfecting. Be sure to keep flies away from your food. Wash your hands with soap as often as possible, but always after using the toilet and always before preparing food and before eating. Hand disinfection, where appropriate, use disposable towels.

Dengue fever occurs in Niger. Dengue is transmitted by the diurnal mosquito Stegomyia aegypti. It cannot be differentiated from malaria based on symptoms alone. In individual cases, serious health problems can result in death. Mosquito repellent is the only precautionary measure.

Schistosomiasis (schistosomiasis): The risk of transmission of this worm infection exists when bathing in fresh water throughout the country (e.g. in the Niger River, Timia waterfalls). Bathing in open fresh water should therefore always be avoided.

Avian flu: In February 2006 cases of classic avian influenza (highly pathogenic form of avian influenza, avian flu) occurred in Niger. Human diseases have not been demonstrated. Please note the information published by the Federal Ministry of Food, Agriculture and Consumer Protection under “Information for Bird Flu Travelers” at

The medical care in the country cannot be compared to Europe and is often technically, apparatusally and / or hygienically highly problematic. The number of adequately trained specialists is limited. Medical care in Niamey is limited. The city has no German speaking doctors. French-speaking specialists in the most important specialties are available.

Bringing medication for a medicine chest is recommended and necessary for people who need special medication. The pharmacies in Niamey have a sufficient assortment of important standard medicines, often of French origin. Counterfeit medicines with unsafe content occur.

Airplane: Charter flights can be organized through Nigeravia in Niamey.

Rail: there are currently no passenger trains in Niger.

Cars: The main roads in Niger are asphalted and generally in good condition. Niamey is connected to Zinder, Tahoua, Arlit and Gaya by good roads. Many slopes are only accessible by off-road vehicle or not accessible during the rainy season. Gas stations are often far apart. North of Agadez you can only drive with a licensed guide and a feuille de route (route confirmation). Bus: There are good bus connections between the larger cities in Niger from the state company SNTV and some private companies. Bush taxis run more frequently and are cheaper than buses but are always very crowded. They also travel to distant and smaller places. In remote regions, trucks are often the only means of transportation. It is possible to rent a car with and without a driver, but outside the capital only with a driver. Off the main roads and especially in the desert, an off-road vehicle, guide and full equipment is recommended. Documents: International driver’s license, Carnet de Passage and two passport photos. Minimum age: 23 years.

In your own vehicle is a vehicle insurance important. You can usually buy them in the first city after crossing the border. On asphalt roads, road use fees are charged at officially marked places (poste de péage).

Visitors must report to the local police at each overnight location.

Agadez is the most important city in the north of the country and the center of the Tuareg. It was founded in the 15th century by traders from what is now Algeria and Libya and is the seat of a sultan, who today only has symbolic power. 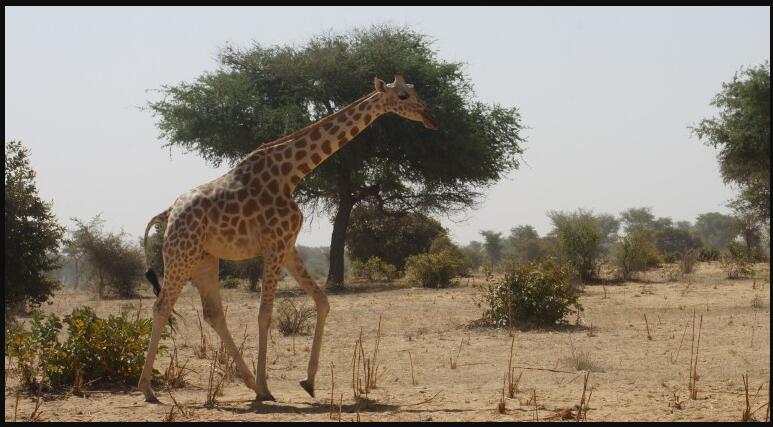 The city lies in the desert and still retains some of the typical Sudan clay architecture. The Agadez Mosque has a famous clay minaret that is tapered and 27 meters high. The Agadez market is particularly worth seeing in November when the salt caravans arrive from Bilma.

The Aïr is a 1,944 m high mountain range in central Niger (Africa). It has some oasis with sedentary Tuareg that live from gardening. The most famous oases are Timia, a mountain oasis, Iferouane and Tabelot. The Aïr Mountains, together with the Ténéré Desert, have been a UNESCO World Heritage Site since 1991.

One of the main attractions in Niger is the opportunity to spend days and weeks in the desert with Tuareg and her camels or by off-road vehicle. The north of the country is covered by the Tenerife desert.

The name Ténéré comes from the Tuareg language and means land out there (also simply translated as desert). There is a large site of dinosaur fossils in the desert not far from the town of Tiguidit.

The northern part of the Ténéré desert is an almost board-level gravel desert, the southern part, however, consists predominantly of more or less high sand dunes, some of which are over one hundred kilometers long. In the eastern part of the Ténéré is the Kaouar Valley with the oases Séguédine, Aney, Dirkou and Bilma, which has an extension of approximately 160 km in a north-south direction. In the west, the Ténéré is bordered by the Aïr Mountains.