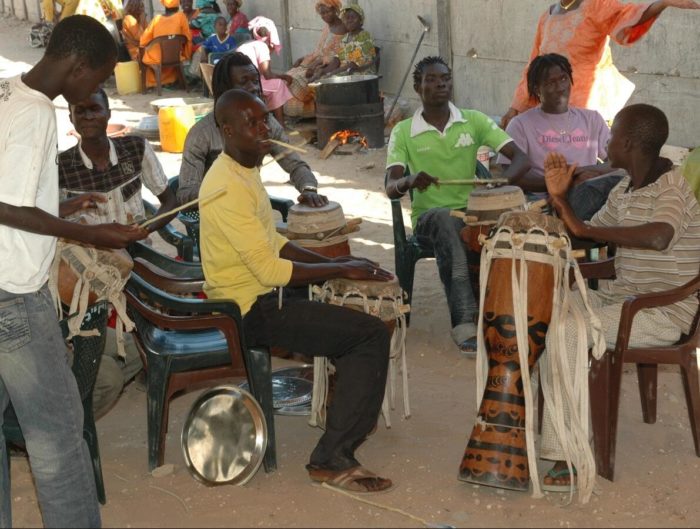 Within the folk tradition, professional musicians play a more important role than usual in African countries. Professional griots (singers and storytellers) recite poems and historical quads and perform in ensembles with one-string lute, flutes, drums and rattles. They were formerly most associated with chieftains, but more and more are becoming freelance musicians and offering their services to anyone who can pay. Otherwise, the folk music includes children’s songs, beggars’ complaints, love songs and magic-ritual songs. The song style shows Arabic influence through Islam. The most distinctive instrument is the chorus, a harp-lute treated with great virtuosity by professional practitioners. Otherwise, one-string fiddle, balafon (xylophone), flutes and various drums are used.djembe, sabbar and tamma (“talking” drum).

Instruments and styles from folk music are incorporated into modern, urbanized popular music. A number of performers have made their mark internationally, especially the singer and composer Youssou N’Dour, with a style called mbalax. Mention should also be made of Babaa Maal and Ismael Lô. An important traditional bearer who has performed extensively in the West with large drum ensembles is master drummer Doudou Ndiaye Rose.

Senegal’s dance tradition encompasses social dances as well as dances of religious or ritual nature, and as in other West African dance, influences from Islamic and, in the 20th century, European culture can be traced. The dances can be divided into collective ring dances and distinct soloist dances. The dance is so-called polycentric: the dancers use the whole body, but with independent control of the different body parts. Body movements are often combined with advanced footwork. The men are usually the leading dancers, while the women appear more laid back. Typical of a number of dances in this part of West Africa is the use of dance masks. In the different parts of the country there are local dance ceremonies, such as the annual Bugërëb in the Thiès region, where the women gather in a week-long dance ritual, culminating in one of the participants being crowned as “queen”; In Kédougou Province, the well-known Mereesx procession is held in February, where women and men perform masks and dances.

More carnival-like are the fanals. The great wealth of ethnic dances underlies the dance dramas performed by the national dance company, Les Ballets Africaines, which is affiliated with the National Theater (Théâtre Daniel Sorano) and known through its many foreign tours as the Senegal Ballet. The close relationship the country has with France has led Maurice Béjart to establish one of her Mudra schools in Dakar, which is based on Asian and European as well as African dance forms. 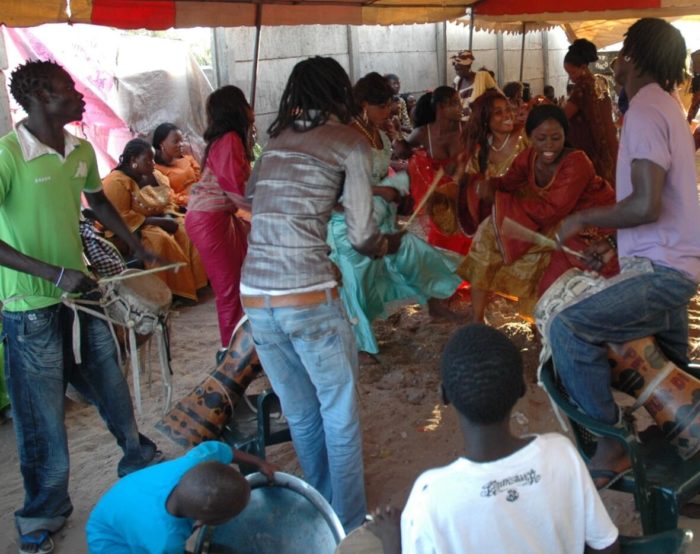