Currency exchange: Money can be exchanged in exchange offices, banks, hotels and at the airport.

Credit Cards: Visa, MasterCard and Diners Club are accepted in most hotels, banks, restaurants and tourist shops. American Express, on the other hand, is very reluctant or not at all.

Travelers checks: can be exchanged in banks, hotels and authorized shops.

The health service of the Foreign Ministry recommends a vaccination against tetanus, diphtheria, polio and hepatitis A, for long-term stay over three months also hepatitis B. With special exposure (stay in the country, hunting, jogging, etc.), vaccination protection against rabies and / or typhoid can also be useful. These and other questions should be decided in a personal consultation with the tropical doctor or the vaccinator with tropical and travel medicine experience.

HIV / AIDS is present worldwide. Infection in this country can also be a problem and a danger for everyone who runs the risk of infection: Sexual contact, dirty syringes or cannulas and blood transfusions can pose a considerable life-threatening risk.

Medicines for prophylaxis against malaria only make sense for special exposure, since there is a risk in only a few places and at very low intensity, mosquito repellent is a priority and sufficient for tourists.

Medical care in the country is relatively good, but in the periphery it can occasionally be technically, apparatusally and / or hygienically problematic in individual cases. Sufficient global health insurance coverage and reliable travel return insurance are recommended. An individual first-aid kit should be brought along and protected on the way according to the temperature (cold chain?). Here, too, individual advice from a tropical doctor or travel doctor makes sense.

Bilharzia germs can come across the country before in some ponds and rivers. Swimming and wading in inland waters should therefore be avoided. Well-maintained swimming pools with chlorinated water are harmless.

Stomach and intestinal diseases: Hygienic eating and drinking (only boiled, nothing warmed up) and mosquito repellent (repellents, mosquito net, covering clothing, behavior) can prevent diarrhea and other infectious diseases.

Health certificate: Foreigners must submit a negative HIV test in English to apply for a work permit. A retest is possible within 3 months after arrival in the country.

Travel and transportation resources for your vacation in Mauritius

Ship: An MR Ocean Line catamaran sails the route between Mauritius and Reunion. Passenger services, there are two to three times a month from Port Louis to Rodrigues Island with the Mauritius Pride of Mauritius Shipping Co. Ltd.

Bus: There is a reliable network of public bus routes. Buses to all parts of the island start from the bus stations in Port Louis, Mahébourg and Curepipe. Buses in Mauritius are slow and stop frequently. Taxis can be recognized by the yellow sign on the door. All are equipped with taximeters. At central locations there are also shared taxis (taxi trains) in which you have to share the space with other passengers. Taxis can be rented for a whole day, they are hardly more expensive than rental cars. Since in Mauritius (and Rodriguez) you drive left and the road conditions (roundabout) are sometimes very confusing, you should trust local taxi drivers. Make sure that the air conditioning system works on all vehicles. Trading is rarely worth it, but you have to agree on the price before you start your journey. Above all, it makes sense to use a taxi if you want to go to Port Louis, since the way of driving there takes getting used to.

Documents: national or international driver’s license valid for at least one year.

City traffic: Buses and taxis run in all cities. Furthermore, motorcycles (not always in the best shape), bicycles and boats can be rented.

In Port Louis you should visit the market halls and the natural history museum. Curepipe is the largest city in the island center with many shops and restaurants. Near the city rises the Trou aux Cerfs, an extinct volcano with an 85 m deep crater. From the crater rim you have a magnificent panoramic view of Mauritius.
In the north of Mauritius is the small town of Pamplemousses with a botanical garden, which is known for the variety of exotic plants. To this day, many botanical gardens around the world are supplied with seedlings from here. 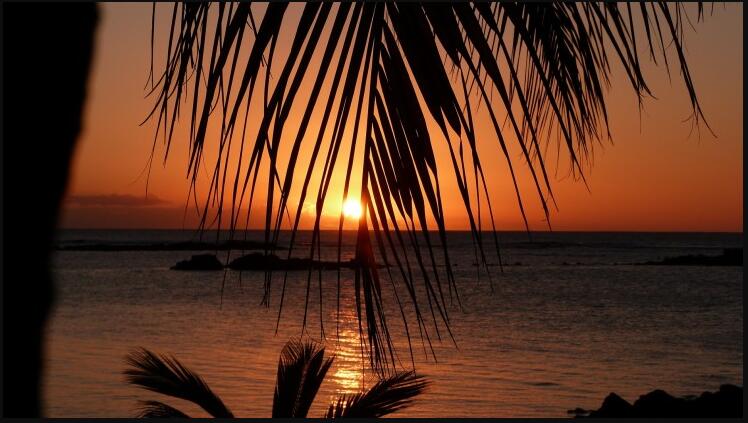 In the west of the island, hiking trips to the Black River Gorges National Park and the Colored Earth of Caramel are worthwhile.

Grand Bassin: In another extinct volcano, near Mare aux Vacoas, is one of the island’s two natural lakes, an important place of pilgrimage for the Hindu population.

Plaine Champagne: The highest point of the central plateau (740 m) offers a wonderful view of the Rivière Noire mountains and the Indian Ocean. Ornithologists can observe many native bird species here.

The Casela Bird Park is near the Rivière Noire. With patience you can find up to 140 different bird species from all five continents.

La Vanille Crocodile Park : at Rivière des Anguilles in a deeply cut river bed there is a crocodile farm where Nile crocodiles are bred. There are also animals that were previously native to Mauritius: giant turtles, geckos, fruit bats and more.

Domaine des Grands Bois: The approximately 800 hectare park with deer, monkeys and wild boar is located at Anse Jonchée, near Mahébourg in the southeast of Mauritius.

Beaches: Tamarin is a well-known beach near the Rivière Mountains in the west of Mauritius with a lagoon that flows into the Rivière Noire. Surfing is possible here, the necessary equipment can be rented. Grand Baie: In the north of Mauritius at Baie du Tombeau there are many wonderful beaches, e.g. Pointe aux Piments or Trou aux Biches. Further north is Mont Choisy with one of the most beautiful beaches in Mauritius. Grand Baie is not far away. The water skiing and surfing opportunities are very good due to a protected bay. Péreybère is a small bay with fine sand on the coastal road between Grand Baie and Cap Malheureux. Cap Malheureux: The village is located in the very north of Mauritius. The volcanic islands of Flat Island, Round Island and Gunner’s Quoin can be seen from here. Belle Mare has a snow-white sandy beach that stretches for several kilometers to the village of Trou d’Eau Douce. In Blue Bay there is also a beautiful sandy beach against the background of casuarina trees.

Mauritius was probably visited by Arabs and Malays in the Middle Ages. Portuguese seafarers reached the island in the 16th century. From 1598 to 1710 Mauritius was occupied by the Netherlands and named after Prince Moritz von Nassau (Maurice of Nassau). The French followed as rulers, calling the island Île de France. France established the first roads, a port infrastructure and the sugar industry under the Mahe de Labourdonnais government. Blacks from Africa and Madagascar were brought to the island as working slaves for the sugar cane fields. The British conquered in 1810 the island, in 1814 France recognized the sovereignty of Great Britain on Mauritius in the Treaty of Paris.

After the abolition of slavery in 1835, a wave of immigration from India changed the social structures of Mauritius, the country flourished with the increasing cultivation of sugar cane. The opening of the Suez Canal in 1869 heralded the decline of Mauritius. The island lost its position as a port of call for ships that had to circumnavigate the southern tip of Africa while traveling to South and East Asia. In the first half of the 20th century, instability in sugar prices brought, the main export product of Mauritius, unrest that led to economic, administrative and political reforms. Mauritius gained independence on March 12, 1968.

The impact of the Cyclones Claudette in 1979 and the fall in world sugar prices in the early 1980s prompted the government to launch an agricultural diversification program. In addition, imported goods should be processed further in order to be able to export these goods at a profit. The country became a republic within the Commonwealth in 1992.

Apart from the sugar cane industry, textile manufacturing and tourism are the leading industries in Mauritius. The primary school is free, the island has one of the highest literacy rates in sub-Saharan Africa.

The population of Mauritius is characterized by a complex ethnic mix: over 30% of the population are of African origin, the rest are mostly of Indian origin (both Hindus and Muslims). Political affiliations are defined by class and ethnicity.

In February 2002, Mauritius saw four presidents. Two of them resigned within a few days, each after refusing to sign a controversial counter-terrorism law that severely restricted suspect’s rights. The law endorsed by the prime minister was finally signed by the third interim president. At the end of February, Parliament appointed a fourth president, Karl Offman.