Currency exchange: US dollars, euros, British pounds and South African rand can be exchanged without any problems. It is advisable to take US dollars and sterling in cash.

Credit Cards: the major credit cards such as Visa, MasterCard, Diners Club and American Express are accepted in major hotels and restaurants in the capital (5% to 10% commission!). Cash can be withdrawn with a credit card in the Stanbic and National Bank and in some exchange offices.

Traveler’s checks: It is recommended that travelers checks be issued in US dollars. These can be redeemed at banks, exchange offices and hotels in larger cities. The original purchase receipt for the travel checks is required. Otherwise, almost exclusively cash payment is possible.

ATMs: International cards are accepted at Stanbic and National Bank ATMs. ATMs from these banks can be found in all major cities.

When entering from a yellow fever area, proof of a valid yellow fever vaccination is required. The Federal Foreign Office’s health service also recommends vaccinations against tetanus, diphtheria, polio and hepatitis A, and for longer stays also against hepatitis B, possibly meningococcal meningitis. For more frequent or longer trips in the country under simple conditions, a typhoid vaccination is useful. The preventive vaccination against rabies is recommended for special exposure (stay in the country, hunting, bush walks, jogging, dog owners, etc.).

STDs, and HIV / AIDS in particular, are widespread in the country and a danger to anyone who takes these infection risks. The use of a condom is essential.

Schistosomiasis, which is transmitted when wading and swimming in larvae infested water through the skin, can be found everywhere in Lake Malawi and in all fresh water in the country. Infections must therefore be expected when taking a bath in Lake Malawi.

Malaria risk exists all year round in all parts of the country. The predominant, more dangerous form Plasmodium falciparum is said to be strongly resistant to chloroquine and sulfadoxine / pyrimethamine.´ Consistent mosquito protection through covering clothing, repellents and mosquito nets are the basis of malaria prevention. Various prescription medications (e.g. malarone, doxycycline, Lariam) are available on the market for malaria prophylaxis.

Epidemic outbreaks of meningococcal meningitis can occur. To protect yourself, get vaccinated and avoid large crowds.

The plague occurs sporadically in the Nsanje district (Southern Region). Protection against rats and fleas through safe sleeping places and frequent changing of linen, as well as keeping away those who are already sick, reduce the risk of infection. When working in plague areas, the prophylactic use of antibiotics is recommended.

Rabies occurs in Malawi. Carriers include dogs, cats, forest animals and bats. Vaccination is recommended for backpackers, children, professional risk groups and for longer stays. Get medical attention as soon as possible in the event of bite wounds.

Health care: The standard of medical care cannot be compared with Europe. Emergency care is not guaranteed for traffic accidents outside of cities. Foreign health and travel return insurance are strongly recommended. An individual first aid kit should be taken with you.

Nationwide there is an increased risk of infection for various infectious diseases (e.g. hepatitis A, typhoid, Bacterial dysentery, amoebic dysentery, lambliasis, worm diseases), which are transmitted through contaminated food or beverages. Therefore, careful food and drinking water hygiene measures should always be carried out. In general, water should either be boiled or otherwise sterilized prior to use for drinking, brushing teeth, and making ice cubes. Milk is not pasteurized outside of urban areas and should also be boiled. Avoid dairy products from uncooked milk. Meat and fish dishes should only be cooked well and served hot. Avoid eating pork, raw salads and mayonnaise. Vegetables should be cooked and fruit peeled.

Ship: The Ilala ferry travels the entire Lake Malawi once a week. Several shipping companies offer tours on Lake Malawi. You can get more information from local travel agencies.

Rail: Malawi Railways are the operators of the rail network in Malawi. The Beira corridor near Mozambique has not been accessible for decades. The main line of the train connects Blantyre with Balaka. The trains are usually unpunctual, slow and crowded. Tourists rarely use trains.

Cars: All major and most of the smaller roads can also be used in the rainy season. The Malawi road network covers more than 13,500 km. The large north-south transit route to Karonga in northern Malawi is paved throughout.

There are good bus connections between all major cities. Shire Bus Lines luxury coaches also run between Blantyre, Lilongwe and Mzuzu. Rental cars are available in major cities across the country. It is also possible to rent the car with a chauffeur. Documents: An international driver’s license is not necessary, a national driver’s license is sufficient. Traffic regulations: left-hand traffic. Speed ​​limit 80 km / h, urban 60 km / h.

City traffic: Public buses run in all major cities. Taxi: There are taxis in cities, but they cannot be stopped on the street.

The Livingstonia mission is close to the Livingstonia cliff and the Manchewe waterfalls in wonderful surroundings. There is also a museum in Livingstonia. Mzuzu is a good starting point for tours to Nyika National Park and Nkhata Bay. Another park is the beautiful Vwasa Marsh Game Reserve.

Lake Malawi runs from northeast Malawi to Mangochi in the south of the country. The shores of the lake are mostly covered by the sandy beach. Crocodiles, tides or currents are no problem on the tourist-developed coasts. Water sports such as sailing, water skiing or surfing are possible on the beaches. Due to the richness of species of fish, the lake is a paradise for divers. Beautiful beaches on the island of Likoma are ideal for swimming. 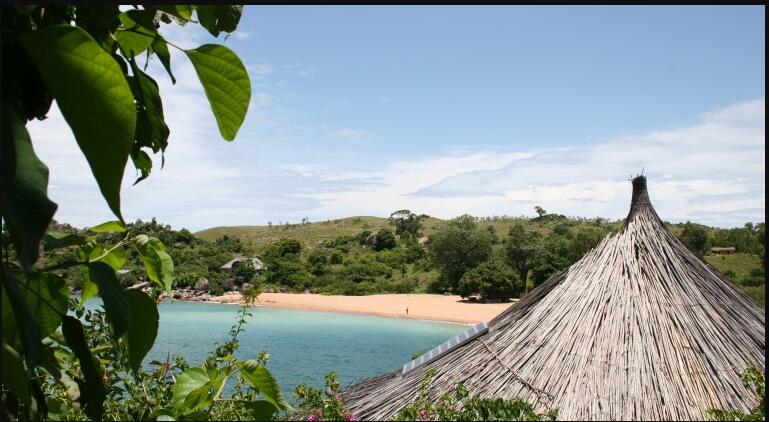 You can take a round trip with the Ilala II liner . It runs between Monkey Bay and Karonga in the north of Malawi. From March to May, the weather is the cheapest for the trip. The departure is on Fridays, the following Wednesday the ship berths again in Monkey Bay. In high season, it is advisable to book in advance.

Cape Maclear is in Lake Malawi National Park (see National Parks), Nkhata Bay is pleasantly quiet and secluded. Nkhotakota has historically been a slave trade center in southern Africa and one of the oldest market places in Africa.

Senga Bay is the most popular beach resort in Central Malawi with very good accommodations and campsites.
Lilongwe has replaced Zomba as the capital and is located in a large agricultural area in the center of the country. To the north of the capital lies the 2000 square kilometer Kasungu National Park – a huge area that is a habitat for many animal species (see National Parks).

Blantyre, the center of southern Malawi, actually consists of two places: Blantyre and Limbe. Both are about 7 km away and are separated by an industrial area. The National Museum is located between Blantyre and Limbe . Excursions are also worthwhile to St. Michael and All Angels Church and Mandala House, the oldest European building in Malawi.

Lengwe, the smallest national park in Malawi, is located southwest of Blantyre . The university town of Zomba is 60 km north of Blantyre with a very nice market. Huge tea growing areas stretch to the southeast, the Mulanje massif offers a magnificent background. At Sapitwa the highest peak rises above 3000 m. In the Mulanje massif you can go mountain climbing, hiking or fishing. Forest huts serve as overnight stops for hikes through the mountains.

Malawi has designated five national parks:
The Nyika National Park in the north is open all year round. The 2000-3000 m high park covers almost the entire Nyika plateau. Coniferous forests and hilly grasslands are typical of the park. Birds, butterflies and big game make a visit here unforgettable.

The Vwasa Marsh Game Reserve is located west of Mzuzu. Elephants, buffalos, rhinos and a variety of birds live here. The landscape consists mainly of forests, open grasslands and swamps. Kasungu National Park is 112 km from Lilongwe . It covers a forest area of ​​about 2000 square kilometers in the northwest of the central region. The park is known for the elephants that come to the river canals to drink in the early morning and evening. The grassland is a habitat for large herds of buffalo. The cheetahs, leopards and lions are very difficult to observe, while saber antelopes, zebras, kudus and reedbucks are very simple. Kasungu is open from early May to late December.

The Lengwe National Park in the southwest Malawi is 130 square kilometers and the northernmost habitat of the rare Nyala antelope. Bushbuck, kudu, impala, warthog and duiker also live in the park. These animals can be observed from observation stands.

The Liwonde National Park lies in the plains of the Shire Valley from Lake Malombe in northern Malawi to the city of Liwonde in the south. It is possible to ride in boats through the papyrus swamps and watch hippos and elephants. You can also see animals such as sable antelope, kudus, duiker and baboons. The park’s bird life is very diverse. The park is closed between November and May.
The Malawi Lake National Park covers the southern and central parts of the lake. Countless types of tropical fish are the biggest attraction. In the country you can watch springboks, bushbucks and Vervet monkeys. The park is open all year round. Campsites are available.

In addition to the national parks described, there are several nature and landscape conservation areas. There are currently no accommodation options for visitors here. The Majete game reserve, about 65 km north of Lengwe, is very remote and hardly accessible for tourists. It offers protection to numerous animal species, such as hippos, elephants and also big cats. The Mwabvi Game Reserve is located southeast of Lengwe. Few black rhinos, impalas, zebras and sable antelopes live here.

Seychelles, island state east of the African mainland in the Indian Ocean, east of Tanzania and Kenya, and northeast of Madagascar. Counted to Africa. Consists of 154 islands divided into two archipelagos in an ocean area of ​​approximately one million square kilometers. The capital is Victoria on the main island of Mahé. The Seychelles have […]

Money National currency: 1 cedi is divided into 100 pesewas. The name of the Ghanaian currency is derived from the cowrie shell, which was a currency in West Africa until the colonial era. Currency abbreviation: C, GHC – ABBREVIATIONFINDER.ORG There are banknotes worth 50, 20, 10, 5 and 1 cedi. Coins worth 1 cedi, 50, 20, […]

The Lumière brothers showed film in Alexandria as early as 1896. Aziza Emir produced the first major Egyptian cinema success Leila (1927) and even played the female lead. With the sound film in the 1930s, a significant film industry grew. Popular stars were Mohamed Abdel Wahab and Leila Mourad; singer About Kalsoum participated in several […]