Like other African countries, Malawi has a living oral tradition. The first books, in the 1930’s, were written on chewa and tumbuka. In the 1960’s, Aubrey Kachingwe, David Rubadiri and Legson Kayira published novels in English with topics such as prostitution, political corruption and cultural contradictions. Dramat fused inherited mask games with local fables and western elements. As the foremost playwright, Steve Chimombo can be mentioned. Among the poets are besides Rubadiri, Felix Mnthali, Jack Mapanje and Frank Chipazula. 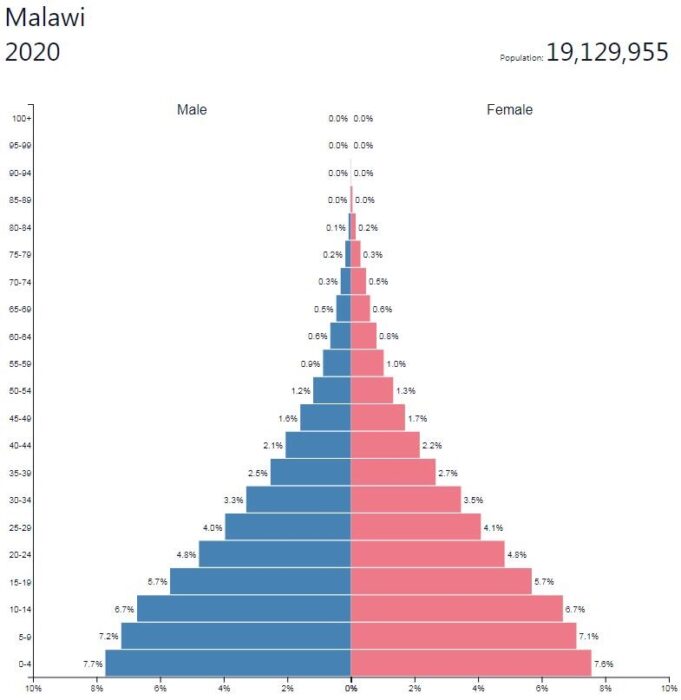 The severe censorship in Malawi has long been inhibiting for all literary genres. The opposition to President Banda’s dictatorship (1966–94) is addressed in the novel collection “Waiting for a Turn” (1981) by Ken Lipenga. For modern Malawian poetry, Anthony Nazombe played an important role, not least through the anthologies he had published.

Malawi’s different population groups are reflected in the changing music styles. Music and dance are functionally conditioned and include both didactic and religious aspects. The syncretistic churches that emerged from the mission utilize indigenous music practice in their rites. Musical instruments for both solo and ensemble plays consist of both drums and bass instruments as well as stringed instruments of both button and string type. The range of xylophones (ulimba or valimba) and mbira instruments (“tumpiano”) is unique to the continent.

From the end of the Second World War to the early 1960’s, the popular dance music was dominated by duos consisting of banjo and guitar. Song groups inspired by South African choirs such as The Manhattan Brothers were also popular. With guest workers returning from South Africa also came kwela, with tin whistle flute as the main instrument and Daniel Kachamba and his Kwela Band as the most well-known domestic group.

So-called jazz bands, which, despite the name, mainly play acoustic music without a close relationship with the American jazz, have been popular for a long time. An example is Alan Namoko and Chimvu Jazz. When electric instruments became commonplace in the 1970’s, AfroMa developed, a mix of traditional music and Western genres such as rock, soul and funk. One leading group was New Scene with singer Morson Phuka, who was previously a member of the Jazz Giants group, and guitarist Daniel Kachamba (1947–87). Other successful groups were Kalimba and Makasu.

In the 1980’s and 1990’s, kwasa kwasa, the local variant of the Congolese rum-based soukous, became popular. Malawian music was also influenced by Jamaican will and reggae. At this time, the musical development under Hastings Kamuzu Banda’s dictatorial rule was hampered and many musicians were attracted to state-funded orchestras linked to the army and police.

Gospel has been a central genre in Malawi ever since independence. The Alleluya Band, with brothers Paul and Lucius Banda, who have both been successful also as solo artists, has achieved great success with its electric version of gospel, where traditional rhythms and melodies are mixed with, among other things. reggae, soukous and jazz. There are also many popular gospel choirs in the country.

Among the country’s most successful artists are also Wambali Mkandawire (born 1952), Phungu Joseph Nkasa and Saleta Phiri. Since the 1990’s, hip-hop has become an important genre; one of the predecessor groups is Real Elements.