Officially, there is nine-year compulsory schooling in Madagascar, but since 1985, the percentage of children in school has declined. About 30 percent of the population over the age of 15 is illiterate.

Features of Malagasy architecture and visual arts show greater kinship with Southeast Asia than with Africa, except for wood sculptures influenced by East African culture.

Several sides of Malagasy culture show greater kinship with Asia, especially Southeast Asia, than with Africa. Madagascar’s many different cultural impulses are evident in art. The architecture is rectilinear, and has no African round house. The weaving art, on the other hand, shows impulses from several different teams, both Asian and African. Wood sculptures show kinship with East African culture.

The first mosque from the 13th century shows contact with the urban states along the East African coast. Through extensive trade, Madagascar received both Chinese ceramics and Middle Eastern bowls. Although Islam did not seem uninterrupted throughout the centuries, the arts show the influence of Arab culture. European influence also played an important role in Malagasy culture after 1500, when the Portuguese came to the island.

The mission played a crucial role from the 19th century. Paintings with motifs from Madagascan life were popular in the early 1900s, and were often sold for income from missionary activities.

Particularly typical of Malagasy sculpture are supports or obelisks in stone and wood ( kenotaphs ) and piles of wood (aloalo) associated with the tomb art. Aloalo is first and foremost associated with the Maha Valley people and is pillar sculptures with figurative representations of animals, birds, humans; in recent times also with representations of cyclists, aircraft and more. They are usually located at the burial site itself.

The kenotaphs (vatolahy), on the other hand, are memorials to the deceased placed by roads or other public places, and are especially related to the antandrophy people. The obelisks could have painted motifs related to the life of the deceased, or be undecorated. The kenotaphs are also made of a particularly hard wood, and can be very monumental. The pages are often decorated with abstract motifs, but also have animal representations.

Colorful tombs of silk were woven by the merina, betsileo and bara people. The Sakalava people make ikat-colored textiles with figurative and geometric patterns in brown, green and natural colors. Colorful silk merino fabrics became very popular with Europeans in the early 1900s. Many of these are now in museums. 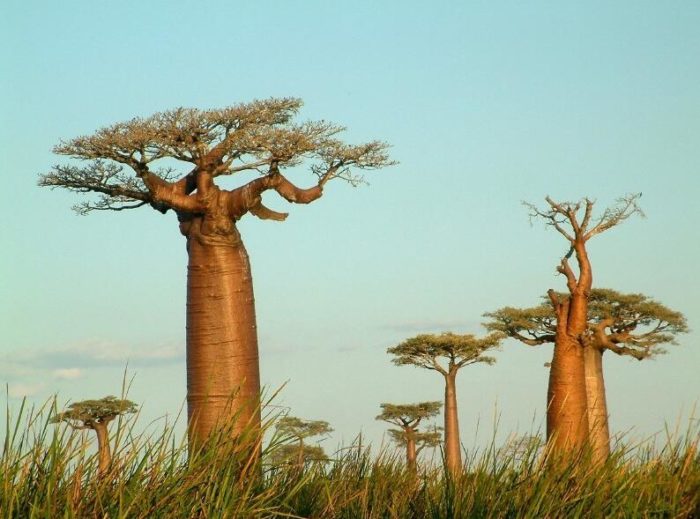 Until the end of the 18th century, a rich Malagasy music culture flourished, which probably has roots in Southeast Asia, but must have absorbed African and Arab elements early on. The Sakalava court was famous for its women’s choir. Christian influence from the 19th century has led to elements of European church music being included in folk music.

The polyphonic song style is sounding and often rhythmically complicated, while the singing dance has simpler rhythms. The distinctive valiha (bamboo pipe seats ), conch horns and taper drums are of Indonesian origin. Other drum types and animal horns testify to African influence.

Music has withstood Western influence more than other cultural elements. Modern instruments and dance forms are adapted to Madagascan rhythms. Much of the traditional instrumental music has been preserved, while the song repertoire has a significant element of Western church singing adapted to the Malagasy style of singing. Musical forms and styles vary somewhat among the different ethnic groups, and modern Arabic music is cultivated within Muslim environments.

In recent years, several Madagascan practitioners have received considerable international attention, among others. at concerts and festivals in a number of countries. Mention may be the valiha master Justin Vali and guitar virtuoso D’Gary.

Theater in Madagascar can be divided into traditional theater and a spoken theater in two languages, Madagascan and French. French language was a legacy from the 70s as a French colony. The traditional theater lives on to this day, and an important form is Hira-Gasy. It consists of performances with singing, dancing and improvised sketches that were originally part of the ceremonies. In the previous period of independence, this form was shown at the court as entertainment for European visitors, and they liked it so well that some people sometimes went along and danced with it.

The form has remained, and continues to show, ironically, differentiation by features that show who it is intended for, such as. the use of white stripes for soldiers and religious decorations for the missionaries. Some of these traditions survived the French colonial period and gained a new function during the post-colonial era that followed the Marxist revolution. This also helped lay the foundation for a speech theater that had its own playwrights as early as the 1920s. Belatra Rajonah and Arthur Rodlish, whose pieces became very popular.

What to Do if My Luggage is Damaged?

Even on a trip to relax, headaches can happen. So know what you should do if your luggage is damaged on the flight. Between comings and goings at the most different airports – whether international or national – there are the luggage of thousands of passengers. Screening is standard anywhere in the world: you dispatch it, it passes […]

FLIGHTS, ACCOMMODATION AND MOVEMENT IN MOMBASA

By plane to Mombasa According to DigoPaul, Mombasa has reasonably good air connections from Europe. When traveling from Finland, you have to make one or two stopovers. Flights cost between 800 and 1100 euros. From Moi International Airport, the journey to the coastal hotel areas takes about 40 minutes. The easiest way to fold a […]

Seychelles. Tourism is the main trade route in the Seychelles. The archipelago has many fine beaches and a tropical climate. Here from the island of La Dique. Seychelles consists of two archipelagos. The northern central group is made up of granites and is characterized by narrow coastal stripes with bright, beautiful beaches that surround a […]