In the 20th century, the Republic of Congo has been one of the countries of French-speaking Africa with the richest literary life. This is despite the fact that the country has a significantly smaller population than neighboring Congo-Kinshasa or the Democratic Republic of Congo (DR Congo).

The French-language literature is of relatively new date. It has primarily emerged after 1960, when the French colonial system disintegrated. Most French-speaking writers in the Republic of the Congo have received their education, in whole or in part, outside the country. Not least because of the political conditions in the home country, many have chosen to settle in Europe or in North America.

Some of the authors who were to mark the literature after independence were active already in the colonial period. One of the first was Pierre Tchicaya de Boempire (1894–1964). He was a Protestant theologian and translated the Bible into the African language vili. He also wrote poems and songs with religious and patriotic content.

The one usually regarded as the founder of Congolese fiction is Jean Malonga (1907–1985). He is best known for the novel Cœur d’Aryenne (1954, ” Aryan Heart”). The main character in this book is a ruthless representative of the colonial power who is convinced that the white race is superior to everyone else. But not all of his relatives think the same way. His wife is far more humane to the blacks, and his daughter defies his father and gets a dark-skinned boy as best friend. It’s often been said that Malonga treated conflicts between blacks and whites on a more problematising way than what the representatives of Negritude – the movement did.

In 1955, Martial Singa (born 1935) published the poem collection Premier chant de départ (“First song about parting”). This collection is considered the first French-language collection of poems of importance from the Republic of Congo. Singa later wrote dissertations on religious history topics and gradually became known as a politician. Theater has also been a popular genre in the Republic of Congo. Patrice Lhoni (1930–76) is considered the first French-language playwright in the country. He is especially known as a comedy writer.

The years after independence

In the period immediately after independence in 1960, most Congolese writers and intellectuals looked optimistically at the country. But many of them quickly lost their illusions. It made a strong impression on them that the liberation hero Patrice Lumumba was executed in 1961. They also felt that the Marxist-Leninist regime that took power shortly after liberation was characterized by camaraderie and arbitrariness and that it gave limited freedom to writers and other intellectuals. Therefore, many of them emigrated to Europe, primarily to France. Among the Congolese writers who lived outside their own country at this time are some of the most striking literary figures from French-speaking Africa in the period before the turn of the millennium.

One of the most famous figures of this generation is Tchicaya U’Tam’si (1931-1988). He too had had his breakthrough before independence. After the murder of Lumumba, the basic tone of Tchicaya’s poetry changed from revolutionary glow to pessimism and resignation. Tchicaya wrote both lyric, plays and novels. In his extensive writing, African and European impulses unite, and many well-known motifs from European literature have a typical African feel to him.

Another renowned lyricist from the same generation is Jean – Baptiste Tati-Loutard (1938–2009). He is still best known for the novel Le Récit de la mort (1987), “The story of death”. Tati-Loutard also wrote short stories, and he is not least remembered for his book on Congolese literature which is regarded as a standard work on the subject. Throughout his writing, he revolves around the idea of ​​death, both as a physical fact and as a picture of the stagnation in society.

Jean-Pierre Makouta-Mboukou (1929–2012) also characterized the country’s literary development at this time. He was active in many genres, and because he was so versatile, he was nicknamed “Congo Victor Hugo “. One of his best-known books is the novel Les Dents du destin (1984, “Teeth of Fate”). The same generation includes Guy Meng a (born 1935), who is also a playwright, as well as the many-sided Henri Lopès (born 1937). Emmanuel Dongala (born 1941), is known for the novel Vindmannen (Norwegian translation 1990). An important playwright from this period is Sylvain Bemba (1934–1995). He has also written novels, including Rêves portatifs(1979, “Portable Dreams”), about how modern media is used politically in New Africa, and Léopolis (1984), about the murder of Lumumba.

Franςois – Auguste Tchichellé, born 1940, was a military doctor and also held important political positions. Among other things, he was minister of culture from 1992 to 1997. He published several short story collections in the 1980s and the novel Les Fleurs des Lantanas ( “The Lantana Flower e”) in 1997. This too is a story of people who oppose a corrupt regime. Tchichelle was also active as a singer and composer. 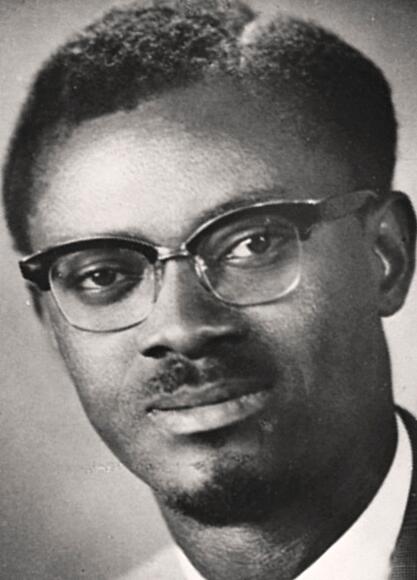