An extensive and diverse literature from ancient Egypt has been handed down: religious literature, wisdom literature, hymns, stories, fairy tales, myths, biographies, letters and love poems. The oldest literature dates from the Old Kingdom (c. 3000-c. 2155 BC) and is written in Egyptian. Read more about the literature in Literature in Ancient Egypt.

From the 300s AD the Egyptians went on to use Coptic as their written language. Coptic is the final stage in the development of the Egyptian language, and it is the language of Christian Egypt. Read more about literature on Coptic. 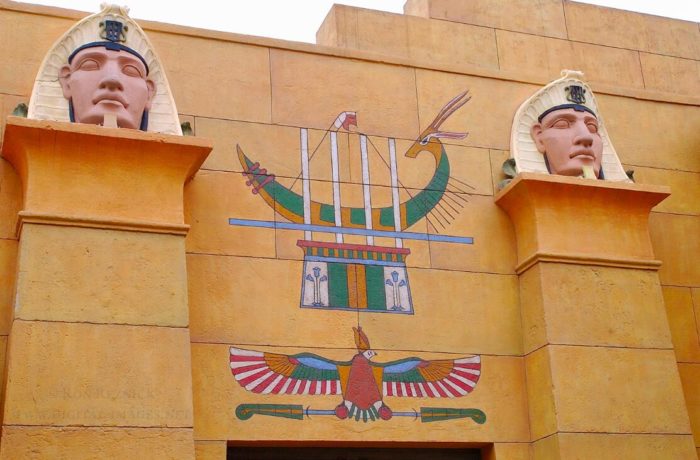 After the Arabs in 641 AD conquered Egypt, Arabic gradually became more and more used as a vernacular in the country and gradually displaced Coptic as the country’s language. During the Arab-Islamic Empire, Egypt’s culture was Arabized and Islamized, and not least the peculiar Arabic poetry was cultivated by local poets. The adventure collection Thousand and One Nights got its latest additions and its final form in the Egyptian environment in the 1100s-1300s. The romance of Sultan Baybars from the Mamelukk era is also well known and beloved folk poetry. Arabic literature experienced a real renaissance towards the end of the 19th century, and Egyptian writers have been a leader in the development of modern Arabic literature. In 1988, the Egyptian author Najib Mahfuz(1911-2006) as the first Arabic-language author awarded the Nobel Prize in Literature. See also Arabic literature.