The country had previously not made itself known in international film contexts when it presented at the Cannes 1981 festival with the hugely lavish “Battle of Tagrift”, whose action is played in 1928 when Libyan forces fought a heroic, victorious battle against the number of superior Italian invasion troops. The film was directed by Khalid Mustafa Khushaim and Mahmoud Ayad Drezah, and was state-produced for the stated purpose of portraying Libya’s struggle against colonialism as a model for the world’s oppressed people. 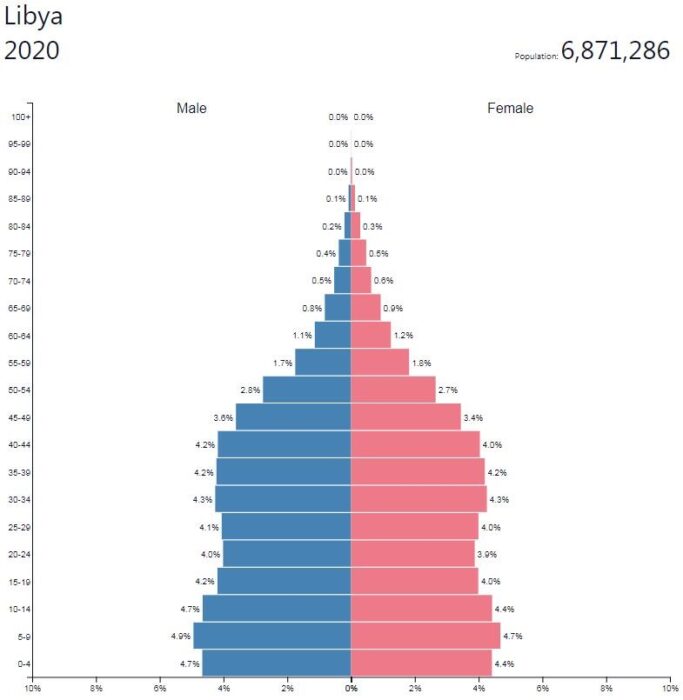 During the Khadafi regime there was no real film culture. There were a few movie theaters, and the films made were propagandistic. During Khadaffi’s time in power, six feature films and hundreds of documentaries were created, but few Libyans have seen these films. However, Khadaffi was involved as a financier of a couple of lavish films made by the Syrian producer and director Moustapha Akkad (1930-2005), which most Libyans have seen via TV. With Libyan money he created “Mohammed – the ruler” (1977), an epic about the birth of Islam that respected Islam’s prohibition on not portraying the Prophet Muhammad (his presence was resolved with other narratives), and “Lion of the Desert (1981), which is about the Libyan freedom hero Omar Mukhtar who fought against the Italians in the 1920’s. Both films had Anthony Quinn in leading roles.

Following the overthrow of Khadaffi, a modest film production has slowly begun, not least with the help of exiles in exile who have returned to their homeland.

The oldest preserved building monuments from the Islamic era in Libya are a palace ruin from the Fatimid era as well as the remains of a large mosque complex (900’s). Nearby are the ruins of the port city of Madina Sultan with residential neighborhoods and a mosque from the same period. The older mosque architecture in Libya is characterized by simple forms in the North African (Maghribic) style and in the later centuries of the Ottoman tradition. The oldest mosques have low, hypostyle prayer rooms with low domes, open courtyard with surrounding arcades and a slightly tapered or four-sided, low minaret. The oldest mosque in Tripoli is considered to be Jamaâ en-Naga, founded in the 13th century and rebuilt in the 17th century. During the Qaraman dynasty (18th century), large mosques in North African, Ottoman style were built, decorated with patterned tiles and richly ornamented gates of wood and metal,

In the cities there is a traditional handicraft with woven textiles, simpler woven rugs in strong colors, embroidered leather works, engraved copper and brass objects as well as silver and gold forging, mainly jewelry making. Libyan contemporary art shows Western influence. In the so-called Red Fort, Assaray al-Hamra, in Tripoli, there is the country’s national museum, Jamahiriya’s Museum, with collections and exhibitions from prehistoric times to contemporary high quality. The museum got its current design in the early 1980’s in collaboration with UNESCO.

Traditional music has its most important function in connection with weddings. Typical percussion instruments are the drum bow and the tambourine- like drum bendir. The wind instrument zukra is a type of bagpipe in the southern and western parts of the country but is played in the east without a bag. Other important instruments are the lute ud, the endblown edge flute nay and the cittran qanun. In the country’s Tuaregic minority there is the one-stringed fiddle inzad and drum tindé.

A central place occupies the genre maluf, also known as nuba, which was taken to Libya by Moors who fled from Andalusia in the 15th century when the Spanish monarchy conquered the area. The music has some ceremonial significance and traditional maluf is performed by ao. Sufis. A more modern version in which Western instruments are also used arose during the 1960’s with Hassan Araibi (1933–2009) as one of the pioneers.

Music life was hampered by the political situation that prevailed during Khadaffi’s long-standing dictatorship and many musicians emigrated. Popular music from the rest of North Africa has therefore been dominant and few Libyan musicians have achieved success abroad. The country’s most famous artist is Mohammed Hassan, who in addition to recording popular love songs also wrote tributes to Khadaffi.

Other important musicians are Nasser Mizdawi (born 1950), who was one of the first to mix European pop, African music and Arabic influences, and Ibrahim Fahmi, who wrote modern lyrics to popular rhythms, but was also inspired by Algerian rai and reggae. Ahmed Fakrun (born 1953) has created a unique style by drawing influences from all over the world. Hamid El Shari (born 1961) has, with Egypt as a base, become a star in the Arab world. Mention can also be made of Cheb Jilani (born 1976), who has achieved success in the 2000’s, Nuri Kamal and Salam Kadri.