Currency exchange: Money can be exchanged at the airport, in Forex offices and in banks. The exchange rates for US dollars are the cheapest. In addition, US dollars are often accepted as a method of payment.

Exchange rate for the Liberian dollar:

Credit Cards: are not accepted.

ATMs: there are none in Liberia.

Vaccination protection: According to the WHO, Liberia is a yellow fever infection area. A valid yellow fever vaccination is mandatory for all travelers except children under the age of one. The Federal Foreign Office’s health service also recommends vaccination protection against tetanus, diphtheria, especially poliomyelitis (poliomyelitis) and hepatitis A, and for long-term stays over 4 weeks, additional hepatitis B, rabies, typhoid and meningococcal meningitis (including type A and W).

Malaria: Malaria is one of the most important diseases in Liberia in terms of both disease rate and mortality. The transmission takes place through the bite of blood-sucking, nocturnal Anopheles mosquitoes. If left untreated, especially dangerous malaria tropica (> 90% of cases in Liberia!) Is often fatal in non-immune Europeans. The disease can break out weeks to months after your stay. If fever occurs during this time, it is necessary to inform the attending doctor about staying in a malaria area.

There is a high year-round risk of malaria across the country. Chemoprophylaxis (taking tablets) is recommended. For malaria prophylaxis, various medications (e.g., Malarone®, Doxycyclin, Lariam®) that are available in Germany are only partially available in local pharmacies. It is recommended to take a sufficient supply with you. The choice of medication and its personal adjustment as well as side effects or incompatibilities with other medications should be discussed with a tropical medicine / travel medicine before taking it.

HIV / AIDS: 100,000 cases of HIV / AIDS infections were estimated in 2003. 5.9% of the adult population were considered HIV positive. Current data are not available. Local doctors’ estimates are significantly higher. Through heterosexual and homosexual contacts, drug use (dirty syringes or cannulas) and blood transfusions there is always a high risk. Condom use is always recommended, especially on the occasion of acquaintances.

Diarrhea and cholera: Cholera occurs again and again in epidemics with up to several thousand cases per year, due to the refugee situation in 2003, almost 35,000.

A few basic rules: Drink only water of safe origin, e.g. bottled water, never tap water. In case of emergency, use filtered, disinfected or boiled water. Use only drinking water for washing dishes and brushing your teeth. The following applies to food: cooking, peeling or disinfecting. Be sure to keep flies away from your food. Wash your hands with soap as often as possible, but always after using the toilet and always before preparing food and before eating. Hand disinfection, where appropriate, use disposable towels.

Dengue fever occurs in Liberia. Dengue is transmitted by the diurnal mosquito Stegomyia aegypti. It cannot be differentiated from malaria based on symptoms alone. In individual cases, serious health problems can result in death. Mosquito repellent is the only precautionary measure.

Lassa fever: In Liberia, the Lassa fever infection is endemic, but there are always minor outbreaks, most recently in the Tubmanburg and Bopolu districts with 32 reported diseases in 2006. The route of transmission to humans is oral or inhalative Contact with food or aerosols contaminated by rat urine. Be especially careful when traveling inland under simple conditions.

The medical care in the country cannot be compared to Europe and is often technically, apparatusally and / or hygienically highly problematic. There is a marked lack of specialists. Medical care in Monrovia is currently very limited. Only if you have access to the UN clinics can it be considered sufficient. Doctors usually only speak English. German-speaking doctors are not known.

Operations should only be carried out in Europe. In the event of an emergency, only the UN Hospital or, if there is no access, a church hospital can be considered.

Bringing medication for a well-equipped first aid kit is necessary, especially for people who need special medication. There are few pharmacies in Monrovia that are acceptable. They have a very limited range of important standard medicines, including those of European origin. Counterfeit medicines with unsafe content occur.

The few travelers who come to Liberia should take out additional travel health insurance beforehand. People who want to stay in Liberia for a longer period of time should have private health insurance that covers treatment costs in Liberia, but also in Germany. It is recommended that you take out air rescue insurance from an air rescue organization.

Transport for traveling in Liberia

Airplane: There is no national air traffic in Liberia, however it is possible to arrange charter flights with Wesua Air.

Ship: There is a weekly ferry connection between Monrovia and Greenville (200 km southeast of Monrovia). Fishing boats sometimes carry passengers between the coastal towns. Canoes are used as local means of transport on many rivers in Liberia.

Rail: there is currently no rail traffic in Liberia.

Passenger Cars: Land travel outside of Monrovia is currently not recommended. Only a few main streets are paved. In the rainy season you have to count on impassable slopes, detours and delays are common. Right hand traffic. Frequent UN street posts. Buses, bush taxis and minibuses are the most popular means of transportation between the cities of Liberia. The main routes are used daily. Rental cars with and without a driver can be obtained from larger hotels in Monrovia. Documents: International driving license is recommended. A temporary driver’s license is issued upon presentation of the national driving license.

Liberia – What to see

The capital of Liberia, Monrovia, is a coastal town on a narrow peninsula with many night clubs, restaurants and bars. Most of the infrastructure and sights were destroyed during the civil war, but the atmosphere of reconstruction made up for it. The Waterside Market is a fine example of colorful West African markets. North and south of the city, some beautiful beaches invite you to swim, including Silver Beach or St. Martins Beach. 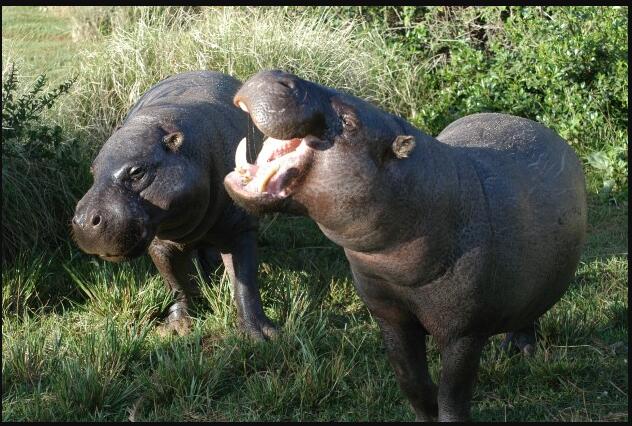 Lake Piso is 80 km from the capital and separates the mainland from Robertsport. Near the city are some of the most beautiful beaches in Liberia with very good surfing opportunities.

The Sapo National Park in Sinoe County is the biggest highlight in Liberia for nature lovers. In this national park you will find some of the last untouched rainforest areas in West Africa with many plants and animals (e.g. forest elephants, leopards and pygmy hippos). There are no organized tours to the park at the moment, but this will change in the foreseeable future.