Rock paintings performed during prehistoric and recent times by the San people (Bushmen) occur in Lesotho as well as in the rest of southern Africa. Residential construction shows common features, including: South African, Botswana and Zimbabwean tradition. Many women paint the exterior walls with harmonious geometric compositions in earth tones. This form of women’s art is vibrant and constantly evolving. Image weaves and textile crafts have been produced for export in recent decades. The domestic wool is popular for its high quality. 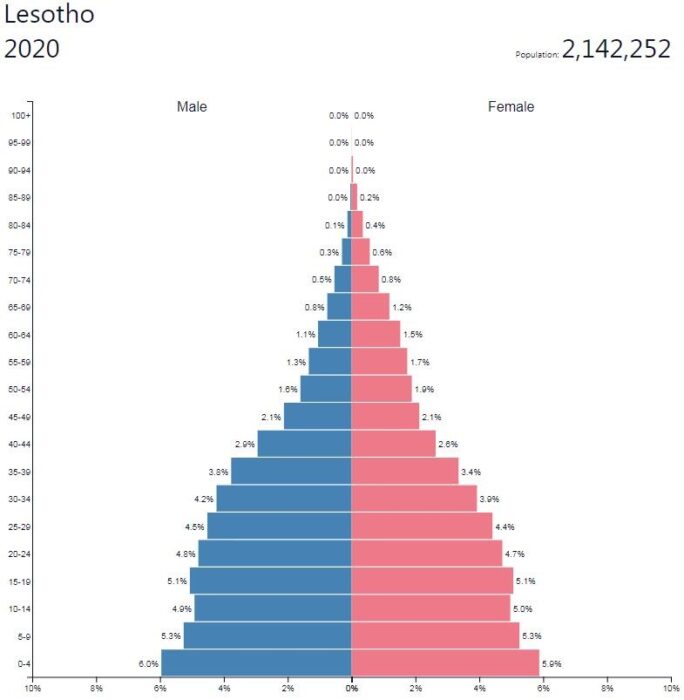 The music in Lesotho is closely related to the music of other folk groups in South Africa. Practically all musical performance is vocal, based on responsive patterns, where any instrumental participation – either in the form of smaller drum groups or individually traced musical instrument – plays an accompanying function. Traditional music is indispensable in ceremonies at important events in the life cycle of the individual and the collective.

In some Christian societies, hymns and liturgical music have emerged since the 1970’s, which to some extent are based on indigenous forms of music.

In contemporary jazz and popular music, elements from the indigenous tradition are found. Of course, in popular music, South African music has had a major impact and influence, among other things. the kwaito music style. From workers from Lesotho who worked in the South African mines in the 1920’s, it is today derived from the soot-speaking procedure very popular music style famo, whose song and cries are accompanied by accordion, drum and sometimes bass. The most prominent famo artist is Mosotho Chakela (born 1963).