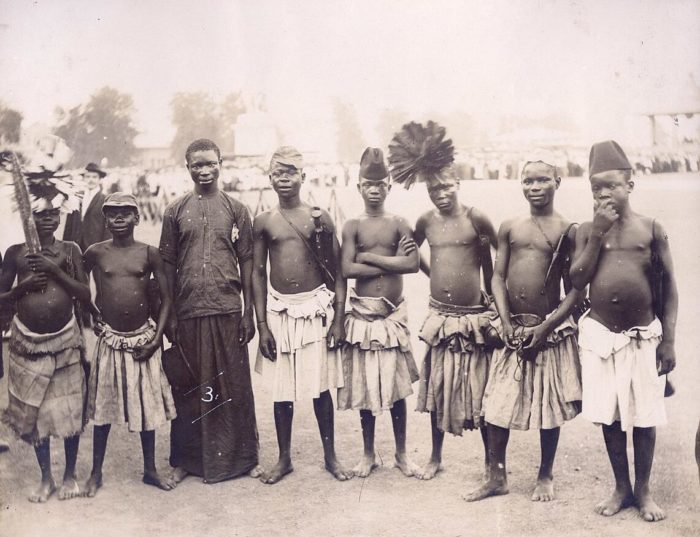 You do not know exactly when the first people settled in the area that is today Rwanda, but it was during the first 5000 years after the last ice age 10,000 years ago. The first inhabitants probably belonged to the Twa people.

The area was later populated by bantu, first farmers and then cattle owners, which is probably the origin of the distinction between Hutus and Tutsis. The first Tutsi reign was supposed to have been created by the mythical King Gihanga 1000 years ago, but there is no evidence that he actually existed. What is certain is that several bantust states were established in the area in the 1400s.

In the 19th century, Rwanda became a more centralized state under the king (mwami) and his aristocracy, which consisted mainly of Tutsis. Both Hutus and Tutsis served in the king’s army.

At a conference in Brussels in 1890, Rwanda and Burundi were assigned to Germany, while the British gained control of Uganda. The Germans ruled indirectly, through the existing bureaucracy. The Germans believed that the Tutsis were a better breed than the Hutu, and that the Tutsis came from Hamitic peoples on the Horn of Africa. In this way the colonial power helped to increase the divide between the two groups.

After World War I, Rwanda became a mandate under Belgian administration. The Belgians continued to favor Tutsis rather than hutus and tweets. All citizens had to go with identification cards, stating which ethnicity they belonged to. In 1959, Hutus revolted. Between 20,000 and 100,000 Tutsis were killed and more than 100,000 fled to neighboring countries.

In a 1961 referendum, Rwandans voted to abolish the monarchy. On July 1, 1962, the country became independent. Grégoire Kayibanda became the first president of the independent republic. Kayibanda pursued a policy aimed at rectifying past Hutu oppression, but the result was often discrimination against Tutsis. Several times, exile Tutsis attacked from abroad, and the Hutu responded with reprisals to Tutsis in Rwanda.

In 1973, Defense Minister Juvénal Habyarimana took power in a military coup. Under him, Rwanda became a military dictatorship.

Tutsis in exile had not given up their dream of returning. In 1990, the guerrilla army Rwandan Patriotic Front (RPF) entered Rwanda from Uganda, led by Paul Kagame. This was the start of a four-year civil war.

On April 6, 1994, a plane with President Juvénal Habyarimana and Burundi President Cyprien Ntaryamira on board was shot down over Kigali. This was the start of one of history’s most brutal and effective genocides. In three months, between 800,000 and a million Tutsis and politically moderate Hutus were killed. The genocide was halted when RPF captured Kigali in July of that year. Many believe that the international community has failed, since the killings were not stopped earlier. UN forces present in Rwanda did not have a mandate to intervene, but watched as the killings went on. 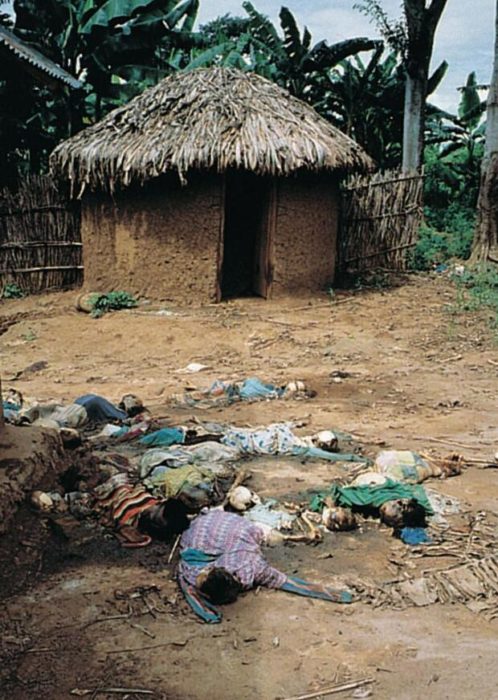 The 1994 genocide was the result of years of conflict between Hutus and Tutsis. Extreme groups within the Hutu movement carried out targeted massacres of the Tutsis. Between 500,000 and 1 million people were killed in three months, most of them Tutsis. The flow of refugees to Tanzania and Congo (Zaire) was enormous.

The genocide is the indirect cause of two wars in the Democratic Republic of Congo. In 1996, Rwanda invaded the neighboring country (then known as Zaire ) to capture several of the rearmen, who had fled across the border. Rwanda allied with Congolese rebel Laurent Kabila, and in 1997 they deposed Congo President Mobutu Sese Seko.

Kabila was appointed president of the Congo. In 1998, he asked Rwandan forces to leave the country, something Rwanda did not agree to. This was the run-up to the Second Congo War, which involved forces from a number of African countries. Uganda fought on Rwanda’s side, while Angola and Zimbabwe supported Kabila, among others. After peace talks led by South African President Thabo Mbeki, Rwandan forces withdrew in 2002.

Although the war is nominally over, Rwanda still has financial interests in eastern Congo and has supported several Congolese Tutsi militias.