The area that is today the Republic of Congo was originally populated by a hunter and sanctuary community. Around 2000 years ago, Bantu- speaking peoples migrated to the area, bringing with them an Iron Age culture. Over time, this culture became more centralized and small kingdoms gradually became large.

About 1000 years ago, the Kingdom of Congo emerged, which extended over much of today’s Republic of Congo and Angola, as well as a good part of the Democratic Republic of Congo. The Kingdom of the Congo consisted of six provinces and was to have at most between three and four million inhabitants. The capital Mbanza Congo was located in today’s Angola.

The Kingdom of Congo was all in luck, partly taken over by the Kingdom of Loango, as the Portuguese sailed down the coast of West Africa in the 1480s. They came to the mouth of the Congo River in 1482, and soon sent missionaries to Mbanza Congo. King Nzinga a Nkuwu of Congo was christened as Joâo 1 in 1491. But the relationship between the Portuguese and the Bakongos, as the people are called, quickly soured. 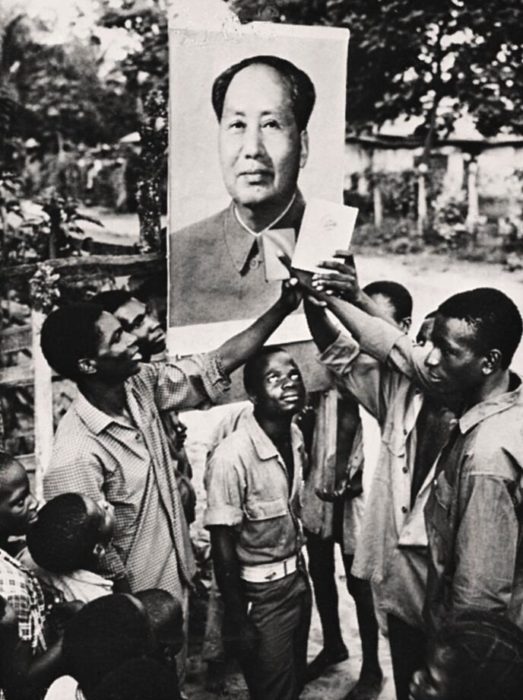 The Kingdom of Congo experienced both pressure from nearby kingdoms, such as Loango in the north, and Mbundu in the south, as well as unrest created by the slave trade that took off in the 16th century. Throughout the 1600s, several revolts came, and the Kingdom of Congo was reduced to a small state in present-day Angola. In today’s Republic of Congo, new kingdoms emerged; first Loango who had been a vassal state during the Congo, and then Teke.

It was not until the 19th century that Europeans continued up the Congo River. The French explorer Pierre Savorgnan de Brazza landed on the north bank of the Congo River at the village of Nkuna in 1880. There he made an agreement with the king of Teke, the macoko. The agreement gave France the northern bank of the Congo River. At Nkuna, the French founded the city of Brazzaville. During the Berlin Conference in 1884, France was awarded the area, which was named French Congo. This included areas that are currently Gabon and the Republic of Congo.

Demand in Europe for ivory, rubber and timber was high. To extract rubber, the French sent Congolese to forced labor. Brutal conditions were also there during the construction of the train line from Brazzaville to Pointe-Noire in the 1920s. As many as 17,000 Congolese died during this work. In 1928 the workers revolted. This rebellion, driven in part by a self-proclaimed prophet, lasted for three years, and is also known as the Congo-Wara War.

In 1960, the Republic of Congo became independent and Fulbert Youlou became president. However, he was forced to resign three years later following protests. Alphonse Massamba-Debat took over in 1963, he was oriented toward the Soviet Union and Cuba, the support of the latter was probably crucial for the president surviving an attempted coup in 1966. In 1968, however, Massamba-Debat was deposed by Marien Ngouabi. More unrest followed before Denis Sassou-Nguesso took power in 1979. Sassou-Nguesso strengthened ties to the Eastern Bloc, and the Republic of Congo, now called the People’s Republic of Congo, was built as a one-party state around the Labor Party under Sassou-Nguesso’s leadership, the Parti Congolais du Travail.

In 1992 elections were held, and Pascal Lissouba, who had served as prime minister during the Massamba debate, became the country’s first elected president. But unrest ravaged the country once again, Lisbon’s government survived a brief conflict in 1993-1994. Prior to the 1997 elections, Lissouba arrested Sassou-Nguesso, who was now opposition leader. This triggered a new conflict between groups that supported the two rivals. Among other things, Lissouba had intervened in the Angolan civil war supporting the UNITA rebel group, but the government of Angola, MPLA, now backed off by sending troops to help Sassou-Nguesso.

In 1999, this conflict was over too, and Denis Sassou-Nguesso led the country until new elections could be held in 2002. Sassou-Nguesso won this election, but several of his rivals were prevented from posing. The president was re-elected in 2009, and in 2015 had amendments to the constitution, so that he can also stand for a third term.