In 1952, King Farouk was overthrown by the military, after which Egypt became a republic the following year. An agreement with the United Kingdom in 1936 formally ended the British occupation of the country, but gave British forces access to the Channel Zone (Suez Canal) for another 20 years. During World War II, Egypt became a battleground between German and Allied forces during the fighting in North Africa, and the country was again of vital strategic importance as a British base in the Middle East. 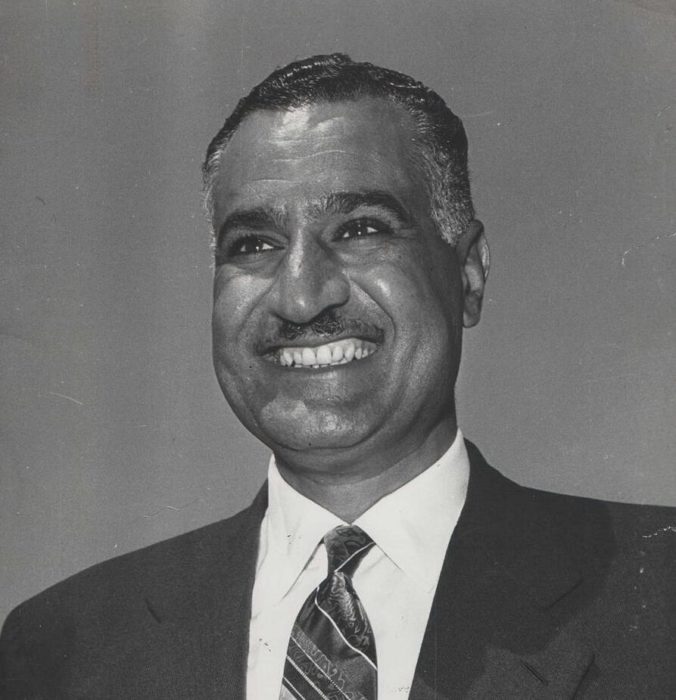 Old Abdel Nasser, Egyptian officer and politician. He participated in the war against Israel in 1948 and became a colonel. Later he was one of the leaders of the coup against King Farouk in 1952.

Egypt’s strategic importance was emphasized during World War II, and continued during the ensuing Cold War – and the emerging Middle East conflict. The country’s geographical location and its control of the Suez Canal were one reason for its strategic value; another was Egypt’s importance as the greatest of the Arab states and its political, radicalizing, influence after the 1952 revolution.

Egypt has remained a leading Arab state, and as early as 1945 was active in forming the Arab League, whose headquarters were added to Cairo. Egypt was one of the founders of the UN that year.

As a dominant state in the political and military development of the Middle East, Egypt also played a key role in the establishment of the new state of Israel in 1948 – as a result of Britain’s decision in 1947 to abolish its mandate regime over Palestine. The Arab states, through the Arab League, opposed the United Nations mandate-sharing plan in the fall of 1947, and when the Zionist leadership in Palestine declared the establishment of Israel on May 14, 1948, Egypt joined Jordan, Lebanon and Syria, as well as Iraq for military action. against the new state – in the first Arab-Israeli war. 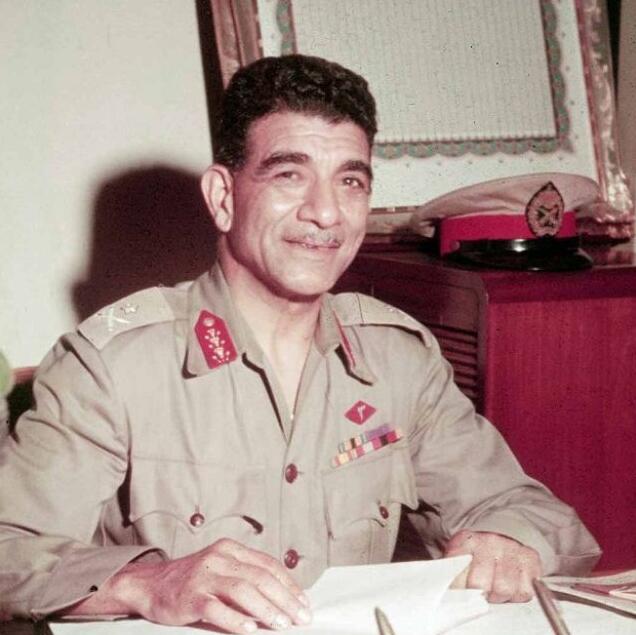 Muhammad Naguib was named commander-in-chief of the armed forces in 1952, led the coup against King Farouk in July of that year, took over the leadership of the new regime and proclaimed the republic in June 1953. He himself became president, prime minister and chairman of the Revolutionary Council.

Opposition to the monarchy

Egypt was ill-prepared for the war, which ended in defeat by the Arab forces. The war contributed to the king’s popularity dwindling, while the support for opposition groups grew. The most important of these were the Muslim Brotherhood (Ikhwan al-Muslim) formed in 1928, and Young Egypt (Misr al-Fatah), formed in 1933. The first was an Islamist group, the second a right-wing organization with fascist overtones. The Egyptian Communist Party, formed in 1922, also increased its support after World War II.

After the war against Israel, Egyptian guerrilla groups were behind attacks on British forces in the Channel Zone, in an attempt to push the British out of there. On January 25, 1952, British forces surrounded a police station in Ismailia, and opened fire when police refused to surrender. 40 policemen were killed and the incident sparked a riot in Cairo, where British property was set alight. The Cairo rebellion marked the end of the liberal experiment in Egypt, where parliament and politicians in the eyes of many had proved incapable of ruling. The social conditions in the country increased the dissatisfaction with the regime.

The growing opposition to the monarchy took place in a political climate of rising nationalism – and a political-cultural awareness in the Arab world, with the rise of pan-Arabism. Not least, the dissatisfaction with the monarchy in the Egyptian officer corps grew. In 1949, some of these formed the loosely organized movement “The Free Officers”, which would reform and modernize Egypt without having a common ideology. Several of the most prominent officers in the officer movement had experience of the Palestine campaign, including Gamal Abdel Nasser and Muhammad Naguib. Nasser was the leading officer in the movement and was elected chairman of the Committee for the Free Officers’ Movement in 1950. Another future Egyptian leader who joined from the start was Anwar al-Sadat. 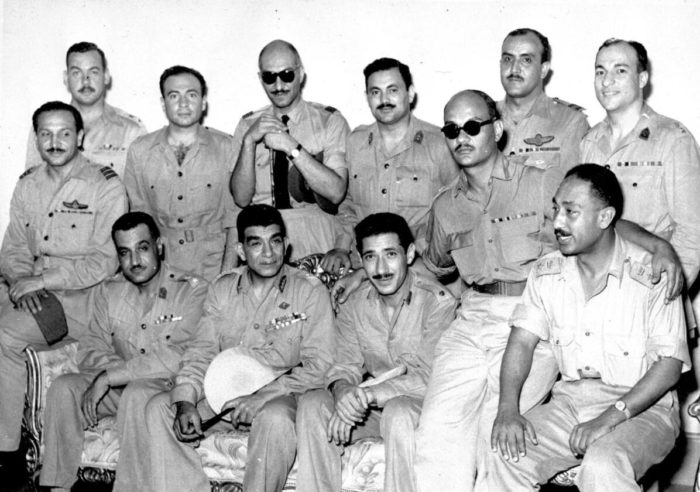 The Free Officers supported the King in several areas, and in July 1952 they learned that King Farouk intended to arrest some of the leaders. Nasser decided to act immediately, and on July 23, 1952, the officer group seized power in Egypt through a military coup. General Naguib became the leader of the Revolutionary Council, which took over the governance of the country. The king was forced to abdicate, and went into exile on July 26, while proclaiming his six-month-old son a new king by the name of Ahmed Fuad 2.

In discussions about Egypt’s future form of government in the Revolutionary Council, Naguib advocated a transition to democratic rule, but he was eventually pushed aside in favor of Nasser. In June 1953, the monarchy was formally abolished and Egypt made a republic. Naguib became president and prime minister, Nasser the deputy prime minister. In February 1954, Nasser took over as prime minister, a position he held for several periods; in November he also became president. With the revolution, Egypt had, for the first time in over 2000 years, been given Egyptian leaders, and with the officers’ coup, the country had gained institutionalized military rule.

One of the military regime’s first reforms was to limit land ownership, with an upper limit on how much a single person could own. Egypt and the United Kingdom agreed in 1953 on a solution to the Sudan question, and Sudan achieved full independence from 1956.

The main objective of the officers was to free Egypt from the last remnant of British rule. Negotiations with Britain for an evacuation of the Channel Zone began in 1953, and an agreement signed in October 1954 meant full British withdrawal by June 1956. In October 1954, Nasser was subjected to an assassination attempt in Alexandria. The shots were fired by a member of the Muslim Brotherhood, and Nasser then arrested several thousand members of the Brotherhood.