The history of ancient Egypt encompasses a period of almost 3000 years, and is traditionally reckoned from the collection of the kingdom around 3100 BCE. until the Roman conquest in the year 30 BCE. However, the foundations of Ancient Egypt were laid long before the kingdom was gathered and continuous settlement has been demonstrated in the Nile Valley at least through 200,000 to 300,000 years.

History is usually divided according to the dynasties of the ruling kings. In addition, we often distinguish between golden ages, or “realms,” and more fragmented transitional periods.

Ancient Egypt’s history includes the Nile Valley, the Nile Delta, and the northeastern part of Africa. Throughout history, the Egyptians also had contact with civilizations and territories outside Egypt through war, trade and diplomacy; including Nubia and Cush, Libya, Syria, Palestine, Anatolia, Assyria, Babylonia, Persia and Greece.

The history of Ancient Egypt after the reign of the empire is usually divided into 30 dynasties. This division is taken from the historical work of Aegyptiaka written by the Egyptian priest Manetho in the third century BCE. The work has been lost, but is partly known through fragments and quotations by other ancient authors.

Manetho’s information is not always reliable, and has therefore been adjusted through a comparison with several ancient Egyptian sources, especially the so-called royal lists. Especially important is the Torinolist, a papyrus from the new kingdom with an overview of the kings up to the new kingdom. Another important royal list is the Palermost Stone, a stealth fragment from the 5th Dynasty. This stele gives an overview of the kings until the 5th dynasty.

The Egyptian sources can in many cases be compared with sources from contemporary cultures. For example, the peace agreement between Ramses 2 and the Hittites is known from both Egyptian and Hittite sources. In the Sendynastic and Greco-Roman times, we can also compare with Assyrian and eventually Greek and Roman sources.

In some rare cases, it is also possible to make dates based on references to astronomical phenomena, especially observations of the star Sirius ( Soped in Egyptian ). Archaeological dating methods are also important for understanding the chronology of Ancient Egypt.

The differences between the dynasties are not always clear and can be slippery transitions rather than significant breaks. The division into realms and transitional periods can also be misleading, and does not necessarily reflect social and cultural developments. However, the division into dynasties and kingdoms has become an important method for Egyptology to understand the political evolution of Ancient Egypt, especially for periods when we have secure dates. 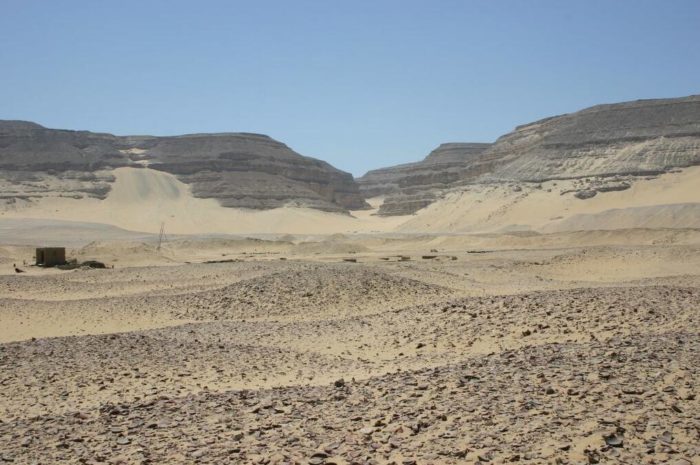 An overview of the dynasties, kingdoms, transitional periods and names of the most important monarchs can be found in Ancient Egypt – chronological overview.

The northeastern part of Africa has lived for hundreds of thousands of years. Continuous settlement has been proven in the Nile Valley at least for 200,000 to 300,000 years.

Paleolithic time (older part of the Stone Age ) was characterized by a hunting and fishing culture with settlements that were inhabited for short periods as the seasons and the annual flood of the Nile came and went. The period was characterized by climate change and alternated between periods that were more rainy than in our days and dry periods.

Several tools from the Middle Paleolithic period (approximately 250,000-70,000 BCE) have been made. The culture of this period has its roots in the acheulene cultures, and is characterized by the introduction of the levalloisia technique for making flint implements.

Fewer finds have been made from the Upper Paleolithic period (ca. 70,000–22,000 BCE), with the exception of a flint quarry at Nazlet Khader in Upper Egypt. From younger Paleolithic times (about 22,000–8000 BCE), rich finds have again been made. This was a very dry period. A central location is a settlement at Wadi Kubbaniya in Upper Egypt, which was located on a seasonal lake. The archaeological finds clearly show how the utilization of the settlement varied with the seasons.

From the end of the Paleolithic period (approx. 8000-5000 BCE) few finds have again been made.

Crucial to Egypt’s earliest history was the development of a more settled agricultural culture. The transition to Neolithic times and agriculture seems to have occurred gradually and somewhat later than, for example, in the Levant. The transition may be due to a worsening climate that has forced people in the desert areas to move towards the Nile to begin food production.

The earliest traces of agriculture in the Nile Valley come from the Faiyum area and Merimda in Lower Egypt. Here we find bones from livestock and pits or silos to store grain. At Merimda, remains of a village of camp cabins have been uncovered.

In the last two periods of the Naqada culture (Naqada 2 and 3) there is a clear change. First, there is a clear stratification in society. This is especially noticeable in that some graves are richer equipped than others. During this period, larger centers, such as Hierakonpolis, are also emerging. Secondly, the culture spreads to all of Egypt, and in Lower Egypt, the slightly simpler Maadi culture is replaced by Naqada culture.

In Naqada 3, the kingdom finally seems to have been gathered under one ruler (about 3100 BCE). According to Manetho and several of the royalists, the first king was named Menes. However, it is difficult to know whether Menes was a historical or mythical figure. Some of the early kings are known through contemporary depictions and titles, such as Narmer and King “Scorpio” (named after the hieroglyph used as his emblem).

The collection seems to have happened with acts of war. A palette of stone from this time shows Narmer slaying an enemy. On a decorated club head in stone belonging to King Scorpio are depicted war victims.

Visa requirements Passport: is generally required for travel in Angola. The passport must be valid for at least 6 months after the length of stay and contain two blank pages. Visa: is generally required, except for Cape Verde nationals. Here you can download the visa application for Angola. Transit: Transit travelers who fly on the […]

Visa requirements Passport: is generally required for trips to Guinea-Bissau, passports must be valid for at least 6 months. Visa: Generally required. Transit: Transit travelers who fly on to the next connection, have valid documents for the onward journey as well as reserved seats and do not leave the transit room do not need a […]

Current visa requirements for the DR Congo Military clashes occur repeatedly in the east and northeast of the Democratic Republic. The entry requirements and security conditions in the Congo can therefore change at short notice. You can get more information from the embassies (see Congo – important addresses). Passport: is generally required for travel to […]