In Guinea-Bissau’s art history, the folk group Bidyogo’s arts and crafts have been particularly noted, among others. anthropomorphic wooden sculptures, characterized by the lower part of the sculpture forming a pallet. Bidyogo also produces zoomorfa wooden masks that depict e.g. oxen, sharks and swordfish in a mainly naturalistic form. The masks, which appear at initiation ceremonies, are often painted in black, white and red and are decorated with horns, shells and plant fibers. Masks can also be found at the balance and low peoples. The folk group in the south dominating the fulani is known for its characteristic jewelery, metal and leather work. 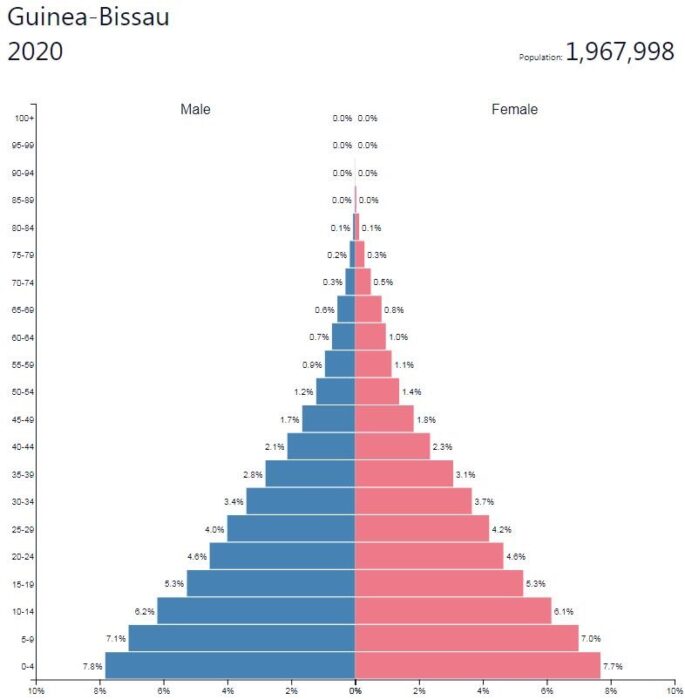 In the coastal area, where the population used to live under the double pressure of immigration of surrounding peoples and European slave traders, you still live today in compact farms with large houses, where almost everyone, including the livestock, lives under the same roof. The house core is built of thick clay walls with ceilings of clay and thatched roof on top. On the outermost islands there are also ring yards with enclosed porch and a water tank that collects rainwater from the roof.

Further inland, where fulani and malinke live, they build lighter and simpler houses with grass and bamboo as wall and ceiling material. When moving around with their livestock, these houses are easy to tear down and rebuild. Piles and beams are taken to the next settlement, while grass is everywhere on the savannah. Fulani has developed a special house type which consists of a round bamboo basket which you later cover with clay. The yard consists of several such houses and is fenced with a bamboo fence.