Contrary to the oral tradition of the native languages, the written English-language literature in Ghana is of late date. Its growth is strongly influenced by political factors. Dramat received special support after the country’s independence in 1957. Mention should be made of Efua Sutherland’s experiment to combine classical literary themes with both folk storytelling tradition and African music and dance, while Ama Ata Aidoo represents a more literary drama focusing on psychological character. 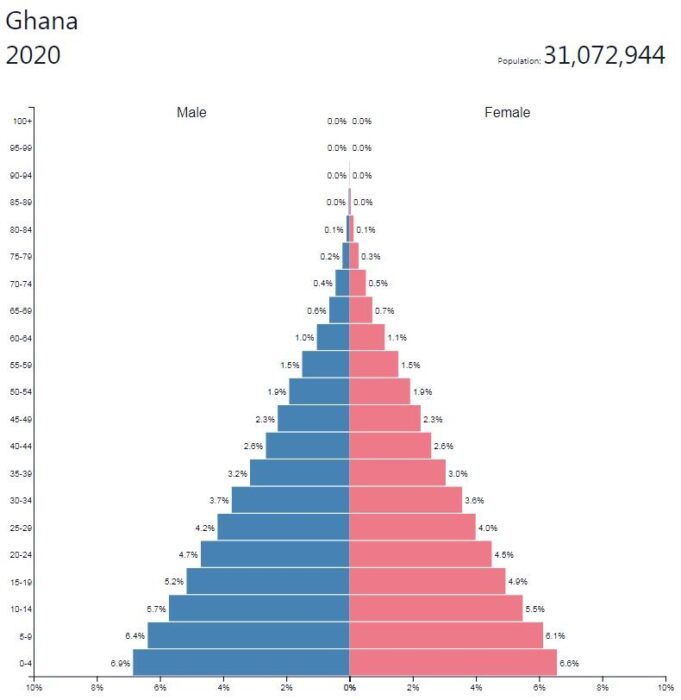 Poetry has emerged from the tension between English poetry forms, the rhythms of the African drum and the oral performance of the lamentation, which appears in eg. Kofi Awoonors dictates. During Nkrumah’s time, the lyric was characterized by war pictures, while at a later stage explored the motif of the Ghanaian abroad and his difficulties in returning home, for example. in John Atukwei Okai’s work. A later significant poet is Kobena Eyi Acquah, who has portrayed the brutality of repression in lyric, which carries traces of, among other things. popular poetry.

Nkrumah’s censorship meant that there were hardly any Ghanaian novels until after 1966, when for a few years a sudden flood occurred, which then ebbed under other political pressure in the 1970’s. The foremost writers are Ayi Kwei Armah and Kofi Awoonor, whose literary creation brought them into exile or prison.

The Akan people in southern Ghana have a prominent position in the country’s art history, especially the Ashanti people group. Ashanti’s traditional arts and crafts are strongly related to the oral tradition and largely consist of royal and ceremonial objects. These important artifacts are often decorated with gold. Other characteristic items are the sculpted gold weights found in several of the southern Ghanaian communities and the anthropomorphic sculptures of wood, akua ba, which are also today manufactured for the tourist market. At ashanti and ewe are seeing significant textile production.

The traditional architecture of Ghana is best represented in Kumasi, the capital of the ancient Ashanti kingdom. The typical buildings are farmhouses consisting of four simple rooms around a courtyard. The farmhouse is the basic module for other building types, such as temples and royal palaces. However, these are more decorated and consist of several farms. Originally, the houses were built of bamboo with clay clay and palm leaves as roofing material. The farmhouses as a house type still exist among modern buildings in Kumasi.

After World War II, Kumasi Technical College was built as a good example of modern university architecture in Africa. The core of the new college, inaugurated in 1952, was an existing teacher’s college that was moved to Kumasi. A British architect’s office, James Cubbitt Scott and Partners, designed the area and designed the first group of buildings, consisting of lecture blocks, laboratories and drawing rooms for engineers and architects. These buildings, erected with modern materials such as glass, steel and concrete, are located in a park area. The architects managed to adapt their buildings to the tropical climate by using sun-proof concrete slats and large roof overhangs. The new architectural style was imitated in several parts of Africa.

The traditional music in Ghana is linked to African religion and both to royal ceremonies and to everyday forms of socializing. In the latter, both the individual and collective life and annual life cycle are treated in musical dramatic forms. Vocal music is largely controlled by the tonal and rhythmic nature of the vernacular, which is expressed in both unison and parallel multi-voice singing, highlighted by instrumental participation and dance.

Since the post-war period, both domestic and western music have served as an impulse donor and developed popular music with highlife as the most well-known style of music. Furthermore, Through the initiative of the composer JHK Nketia, indigenous art music has emerged and gained prominence in both worldly and Christian contexts.

Among the foreground figures in highlife from the time of independence in 1957 are ET Mensah (1919-96), leader of the band The Tempos, who played music inspired by American swing jazz. The orchestra also contributed with its tours to spread the interest in highlife to ia. Nigeria. From the 1950’s, guitar-based, with time, electricity-enhanced highlife grew stronger; the most important of these bands was led by guitarist EK Nyame (1927–77).

During the 1960’s, influences were derived from, among other things, Congolese music but perhaps mainly from American soul. By this time, the political and economic situation in the country was deteriorating and many musicians emigrated to Nigeria or Europe, including the core of the band Osibisa, which had great success in the UK in the 1970’s. During the 1980’s, many people moved instead to, among other things. Germany, where musicians like George Darko (born 1951) recorded music that under the name burgher highlife became popular in the home country. The music scene in Ghana has been largely dominated by gospel and reggae since the 1980’s. Amakye Dede (born 1957) has become one of the country’s biggest stars with its reggae highlife.

Inspired by American hip hop, in the 1990’s a hybrid developed between this music form and highlife called hiplife, a term coined by one of the genre’s pioneers, Reggie Rockstone (born 1960). In parallel, interest in traditional music has again grown stronger. One example is Hewale Sounds, an orchestra that uses a variety of traditional instruments, among them the bamboo flute atenteben.