The bedrock consists mainly of Precambrian bedrock with gneisses and granites. Towards southwest Cambrian sedimentary rocks. Within the approx. The 340 km long coastline is a swampy terrain with many lagoons and wide estuaries. The only higher landscape is on the Sierra Leone Peninsula. Here are wooded mountains that reach into approx. 890 masl The peninsula differs markedly from the country within which consists of a broad lowland zone with grassland, savanna-covered plateaus and ridge lands. The area is intersected by a number of relatively short rivers that flow from the northeast to the southwest and flow into the Atlantic Ocean. In the interior, towards the border with Guinea, are mountain masses that reach their highest point in the Loma Mountains (1945 masl).

Precambrian granite and green stone are found throughout most of Sierra Leone. Along the coast are marine slates. The bedrock consists of archaic and Proterozoic granite / greenstone rocks that form the edge of the West African craton. These essentially archaic rocks can be divided into infra-crustal gneisses and granitids, supracrustal greenstones and shale and intrusive basal and ultrabasic basalts. Above the bedrock are along a 50 km wide coastal strip of tertiary and quaternary slate. These sediments were deposited in marine to estuarine environments.

Mineral deposits including gold are found in Kambui schists.

Plant and Wildlife in Sierra Leone

The original vegetation is largely replaced by secondary vegetation. This applies to both the forest and the savannah, where overgrazing is a growing problem. Along the coast, mangrove forest grows.

Large mammals such as elephants, coffee buffalo, lion and leopard have declined sharply in numbers. Many squirrels, porcupines, shellfish, sneakers, brush pigs and small antelopes are common. The primates include senegal galago, collar mangabe, dianamarecat, red and green kolobus, as well as vervetape and red baboon on the savannah. Crocodiles, hippos and the rare dwarf hippopotamus are located by the rivers. The rivers are fishy, ​​and the coastal waters include. sharks and many crustaceans. The bird fauna is rich in species. Among the over 650 species are many pigeons, turacos, birds of prey, hornbills, weavers and sunbirds, as well as over 40 species of hawks and falcons. 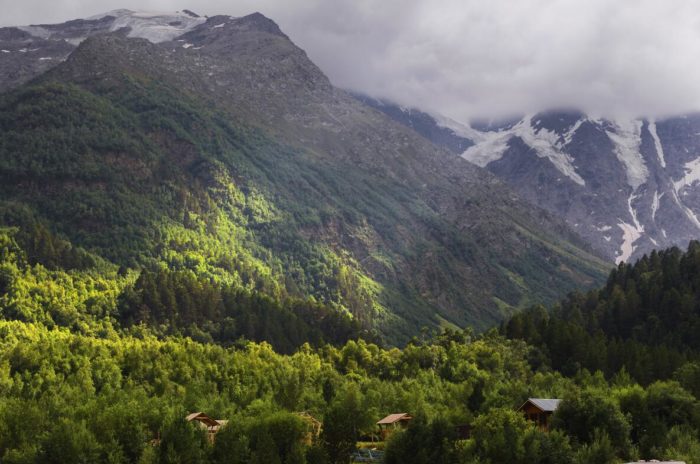 The country is about one and a half times larger than Finnmark county. Within the approximately 340 kilometer long coastline, which is strongly cut apart from the south, there is a swamp landscape with many lagoons and short and wide river outlets. Inland, an approximately 150 kilometer wide lowland is intersected by many rivers running southwest to the Atlantic Ocean.

The northern parts of Sierra Leone are covered by a savanna highland (Bolilands) while the southern areas are forested. To the east, the terrain rises to a wooded plateau. About 30 percent of the land is covered by forest. Near the border with Guinea, some mountain peaks in the Loma Mountains reach more than 1900 meters above sea level. The highest point is Mount Bintumani (Loma Mansa), 1945 meters above sea level.

Sierra Leone has a tropical rain climate. The annual rainfall is about 2000-4000 millimeters, some places on the coast more than 5000 millimeters. It’s rainy season from May to November and drier from December to May, as cool and dry winds (hamattan) blow in from the Sahara ; there is no actual drying time. Average temperature is 25-28 degrees Celsius ( o C ). There are small variations between the warmest and coldest months.

Much of the forest is cut and the savannah is characterized by overgrazing. Along the coast, mangrove forest grows.

The country has nearly 2900 species of vultures, 147 mammal species, 626 bird species, 67 reptile species and 35 amphibian species. Large mammals such as elephant, lion and leopard have declined in number. Small antelopes, sneakers, shellfish, brush pigs and hollow stick pigs are common. Primates include, among other things, diamonds, catfish and red tape. In the rivers live hippopotamus, dwarf hippopotamus and crocodile. 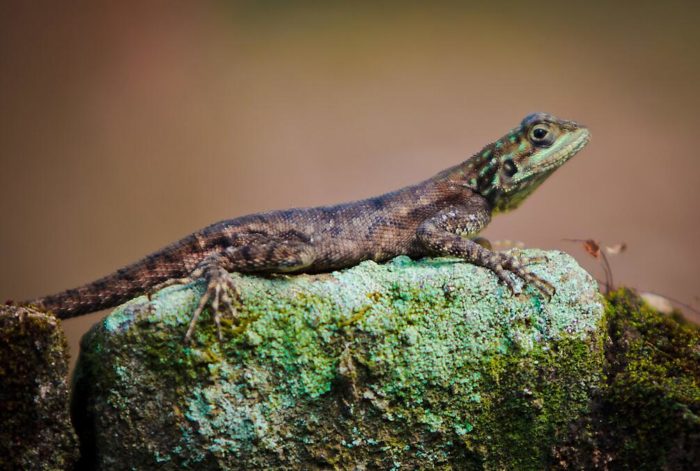