Most of Senegal consists of lowland covered with sedimentary rocks from Cretaceous, Tertiary and Quaternary. At the far west is the Cap Vert headland, the capital of Dakar. In this volcanic terrain, where the bedrock mostly consists of basalt, there are a number of smaller, hard and angular plateaus. Within the headland is a large lowland pool, which is intersected by a number of rivers. Farthest to the southeast, the terrain reaches the outer edges of the mountain massifs in Mali and Guinea. The Atlantic coast is sandy and marked by the great surf. South of the mouth of the Saloum River, the coast consists of a number of rias. The coastal land itself consists of mangrove marshes. The Senegal River, Saloum and Casamance form indents in the otherwise smooth coast. 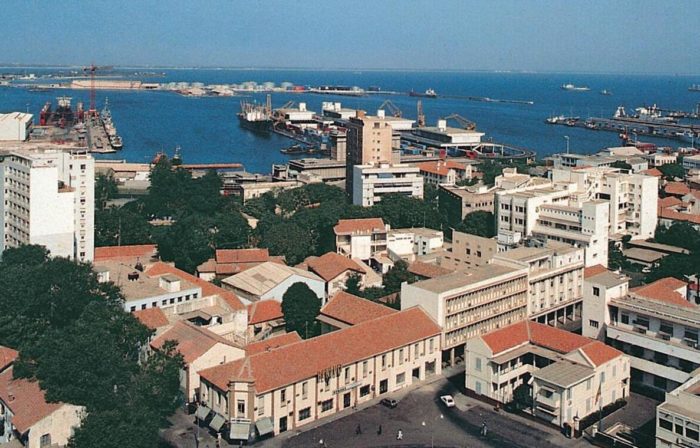 Senegal has tropical rainy climate in the south, steppe climate in the north. The northern part belongs to the Sahel Belt. The rainy season lasts from July to October in the north with annual rainfall below 400 millimeters. The rainy season in the south lasts from May / June to October with an annual rainfall of about 1500 millimeters. However, the rainfall is unstable and the country is frequently haunted by periods of drought. The average temperature is 30–35 ° C inland, slightly below 30 ° C on the coast. The coldest period of the year is December – February with monthly average temperatures of 20–24 ° C. The warmest period is at the beginning of the rainy season inland and at the end of the rainy season off the coast.

Plant and wildlife in Senegal

Most large mammals have disappeared from the western part of the country. In the east there are still elephant, antelope, lion, leopard and hyenas. Jackal, sneak cats and monkeys (guinea baboon, patas monkey, kolobusaper etc.) can be found throughout most of the country. Crocodiles, hippos and turtles live in the rivers. Many lizards and snakes exist, including python, cobra and mamba. More than 650 bird species, including guinea fowl, frankolins, beetles, sunbirds and weavers. The bloodstream weaver causes great damage to grain crops.

One of West Africa’s richest areas for large mammals, the Niokolo Koba National Park in the Southeast, houses 84 mammals and more than 300 bird species. 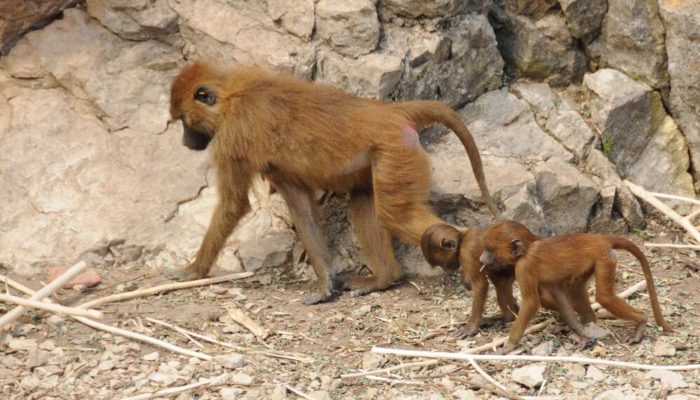 Most of Senegal consists of small hilly lowland areas intersected by a number of rivers. Only the Cape Vert- Oden area, which consists of volcanic rocks and is the westernmost point of the African continent, as well as eastern and southeastern parts of the country, reach over 100 meters above sea level; the highest point is a nameless site southwest of Kedougou, 581 meters above sea level.

The Atlantic coast is sandy and has surf. The Senegal rivers (border rivers in the north), Saloum and Casamance have carved out wide valleys and formed inlets in a relatively smooth coastline.

There is tropical rainy climate in the south and steppe climate in the north and northeast. Temperatures are lower on the coast than inland. In the south, there is rainy season from May / June to October and an annual rainfall of about 1500 millimeters. In the north, it is rainy season from July to October and annual rainfall is below 400 millimeters. The average summer temperature on the coast is slightly below 30 ° C and the average winter temperature below 20 ° C. Inland, the corresponding temperatures are about 24 ° C and 33 ° C. The heating period inland is at the beginning of the rainy season and at the coast at the end of the rainy season.

There is dry savannah and steppe in the north and northeast, and desert in the border area towards Mali. In the south there is moist savanna. About a quarter of the land is wooded; among other things, there are forests along the rivers. Farther southwest is the tropical rainforest, and along the coast here are mangrove swamps.

Senegal has several monkeys, and in the east there are elephants, antelopes, hyenas, leopards and warthogs. In the rivers live turtles, crocodiles and hippos, and there are many species of lizards and snakes. Many of the large mammals are threatened by overpopulation and hunting. There are 664 bird species, including beetles, sunbirds, frankolins, guinea fowl and weavers ; Bleeding tissues can cause major damage to crops.