The Niger bedrock consists mostly of sedimentary rocks from chalk and tertiary, interrupted by granite and basalt plateaus in Aïr (Idoukal-en-Taghès, 2022 masl). Against the Chad Sea, quaternary deposits dominate. The landscape is very flat over large stretches. The Niger River crosses the country in a creek furthest to the west. In the north there are systems of elongated sand dunes. Approximately 2/3 of the country is desert with barren soil except for some oases. By the Niger River, the soil is rich and fertile.

Read more about Plant and wildlife in Nicaragua.

The weather type is characterized by the subtropical high pressure belt and its offset with the season. The northern part of the country belongs to the Sahara and has annual rainfall below 50 mm. The temperature is highest in April – May with average temperatures 33–34 ° C, lowest in January with 18–22 ° C. Further south is the steep climate with rainy season June – September. The southernmost part has savanna climate with average rainfall up to approx. 700 mm. Only approx. 10% of the country has annual precipitation above or around 500 mm. The annual temperature in the savanna region is around 28 ° C, while the average temperature in January drops to 22–25 ° C. Both the daily and annual temperature fluctuations are large. Niamey has e.g. an annual amplitude of 10 ° C and a daily mean amplitude of 16 ° C.

Detailed climate information about Niamey (the capital) on the website of the World Meteorological Organization.

Plant and Wildlife in Niger

Hunting and climate degradation have significantly reduced the formerly rich wildlife. The mammalian fauna comprises well over 130 species. On the savannah farthest to the south lives, among other things. elephant, giraffe, antelopes, warthogs and land swine. Hippos and crocodiles occur in the Niger River. Many of the 60 reptile species live in desert and semi-desert areas. There are also dorcas and damagaselle, golden jackal, pale reef and desert reef or fennel. 500 bird species have been observed, but fewer than half breed. Of these may be mentioned black-headed, ear- and hood-grab, brown-belly, dot and sahelsand hen, long-billed and desert-clay. The savannah lives, among other things. blue-necked, avian, beetles, beetles, and weaver birds.

Niger is divided into two climatic zones, in the north and east is the Sahara, while in the southwest, around Niamey, is a more fertile zone suitable for agriculture. Throughout the fertile part of the country, Niger flows. The river originates in Guinea, West Africa and flows through Mali and Niger before entering the sea off the coast of Nigeria. Niger is Africa’s third longest river, but unlike the longest, the Nile, and the second longest, the Congo, it is not very watery. Large parts of Niger flow through dry areas.

Niger is one of Africa’s driest and hottest countries in the world and about two-thirds of the country’s land is desert. But Niger has several seasons, from May to October it is rainy season, followed by a colder and drier season, called harmattan. The cold and dry Harmattan winds are a phenomenon all over West Africa, and then it blows from the Sahara northeast of Niger to the south and west. 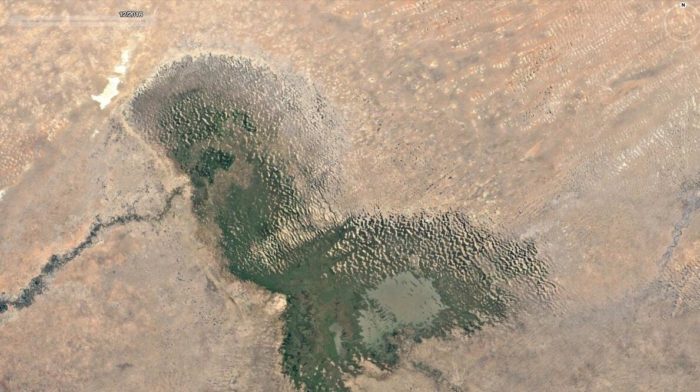