Eritrea is divided into two of the African Rift Valley, and is mainly divided into three ecological zones. The temperate highlands reach up to 3000 meters above sea level and form part of the Northern Ethiopian Plateau ( Ethiopian Highlands ). The highlands in the north extend almost all the way to the coast of the Red Sea. The desert-like lowland plains lie east of the highlands and extend naturally to the coast of the Red Sea. In the north, a narrow strip of plain meets mountains that rise almost vertically up to the plateau. The lowland to the south is part of the Danakil Desert, or the Danakil Triangle which is partly below sea level. Eritrea has a coastline of 1347 km and over 350 islands. The most important of these are the Dahlak Archipelago and the Hanish Islands, and coral reefs. The highest mountain is Emba Soira, 3018 meters above sea level.

The lowland areas are very hot. The annual temperature is above 30 °C, and the temperature occasionally rises to almost 50 °C. In the highlands, the climate is more moderate. In Asmara (2320 m asl), the average temperature for the whole year is 16 °C, with very small seasonal variations. The lowlands and the Daniak desert receive very little and occasional rainfall, where there is almost no vegetation. The rainfall in the highlands is higher in the highlands, and Asmara receives 560 mm of precipitation a year, most in July-August.

In the lowlands of the east there is treeless steppe and desert vegetation, the highlands also have steppe vegetation which is strongly influenced by human activity. In the lower regions against Sudan grows tresavanne with akasiearter and areas with open timber that traps the leaves in the dry season.

The wildlife in Eritrea is very similar to what we find in neighboring areas of Ethiopia, but the number of species is not that high and some of the Ethiopian endemisms are missing. The most common mammals include rodents, small cats, jackals, warthogs and gazelles. 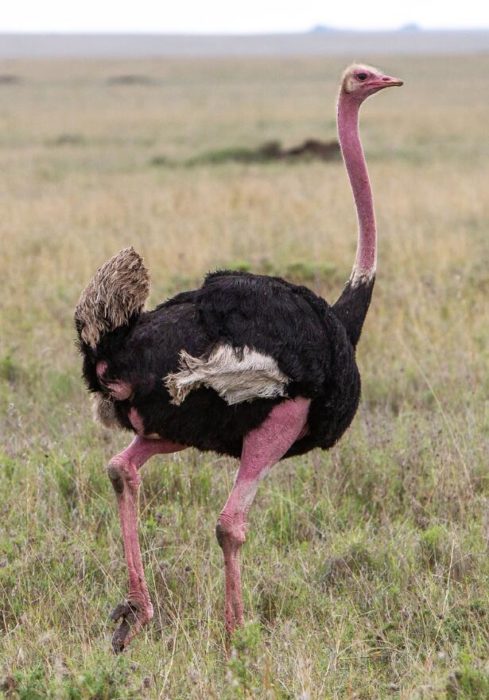 The Red Sea coast has coral reefs and the presence of dugong (a sea cow) and sea ​​turtles.