Currency exchange: Euros are the easiest to exchange, worse exchange rates are offered for US dollars. All CFAs should be changed before leaving the Central African CFA zone as this currency is very difficult to exchange. The CFA is pegged to the euro at a fixed exchange rate.

Credit Cards: MasterCard and Visa are only accepted in upscale hotels.

Traveler’s checks: should be best issued in euros, travelers’ checks are almost only accepted in the capital.

ATMs: only in Libreville, only Visa cards are accepted.

The medical care in Gabon is not sufficient for heavier disease or injury and often technically, in terms of apparatus and / or hygienically very problematic. Well-trained doctors are also often lacking. Serious diseases must therefore be treated in Europe or South Africa.

The Health Service of the Federal Foreign Office recommends as a reasonable vaccination protection: protection against tetanus, diphtheria, polio, hepatitis A and hepatitis B, as well as meningococcal meningitis. In the event of special exposure (e.g. longer stays in rural areas, hunting, jogging etc.), vaccination against rabies, typhoid and cholera can be very useful.

An internationally valid yellow fever vaccination is mandatory for entry into Gabon. Proof of cholera vaccination is sometimes required at the border upon entry.

HIV / AIDS is a serious problem in Gabon and a great risk for everyone who runs the risk of infection. Sexual contact, dirty syringes or cannulas and blood transfusions can pose significant dangers.

There is a high risk of malaria throughout Gabon.

Various prescription medications (e.g. malarone, doxycycline, Lariam) are available on the market for malaria prophylaxis. The selection and personal adaptation as well as side effects or intolerance to other medications should be discussed with a tropical or travel doctor before taking chemoprophylaxis.

In Gabon there are numerous other diseases such as: hepatitis A, hepatitis B and C, polio, typhoid, cholera, filariasis, loa loa, chikungunya, meningococcal meningitis, tuberculosis, schistosomiasis, rabies, Ebola fever.

Careful eating and drinking hygiene (only boiled food, nothing warmed up warmly) and consistent mosquito repellent (repellents, mosquito net, light-covering clothing, adapted behavior) mean that most of the dangerous diarrhea and many infectious diseases can be completely avoided. This includes dengue fever and malaria.

It is strongly advised to take out foreign health and travel return insurance.

Travel in the country

Airplane: Due to the dense rainforest, large regions of Gabon are not accessible by roads. In contrast, aircraft can land at over 60 airports. Domestic air traffic is served by Air Service and SCD Aviation, among others.

Rail: The 683 km Trans-Gabon Railway runs from Libreville (train station in Owendo, 8 km south of Libreville) to Lastoursville (Bonda), Lopé and Franceville. Traveling by train is a cheap and relatively convenient way of traveling through Gabon. However, delays must be expected. It is advisable to buy tickets in advance, double the fare is required on the train.

There are only about 800 km of paved roads in Gabon, the rest are slopes that run through the rainforest. In the rainy season, these slopes can only be difficult or impossible to cross. Port Gentil has no road links to Libreville or other regions and can only be reached by boat.

The transportation in the country is carried out by taxi-brousse (bush taxis), minibuses and pickup trucks. There are daily connections between Libreville and Lambaréné, Cocobeach and Oyem. Most vehicles start when all places are occupied, it is best to arrive early in the morning.

Rental cars can be rented in larger hotels in Libreville and at the airport; the rented vehicle is almost always available with a driver. International providers include Avis and Hertz. Documents: the international driving license is recommended.

The city traffic is determined by taxis traveling in larger cities of Gabon. The fares are generally cheap. Taxis are more expensive, the price should be negotiated before the trip. 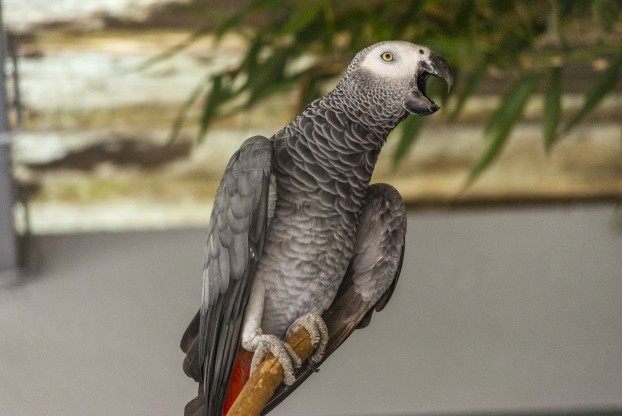 Libreville is located directly on the Atlantic Ocean and is Gabon’s modern heart in the rainforest. Expensive beach hotels and wide boulevards contrast sharply with the rest of the country. The city is relatively expensive and it is certainly more interesting to spend more time in the other parts of Gabon. However, the Musée des Art et Traditions, in which several of the most beautiful wood carvings in Africa are exhibited, is worthwhile. The art of the Fang people influenced, among other things, the sculptures and busts by Picasso.

During the weekend boats leave from Libreville to Point Deniz, where there are beautiful beaches.

Lambaréne was made famous by the Nobel Peace Prize winner Albert Schweitzer. In 1924 he founded an infirmary here, which is still in use today. This hospital can be visited, medical equipment, photos and personal belongings by Albert Schweitzer can be seen.

A beautiful and atypical national park is the Loango National Park on the coast of the Atlantic Ocean. In addition to hippos in the ocean surf, there are whales, dolphins, buffalos and elephants.

The most famous national park in Gabon is the Reserve de la Lopé, which consists of a mixture of savannah and rainforest. Elephants, buffalos and mandrills are found here.

In Mikongo it is possible to observe animals together with pygmy (Bwiti) guides. On the way to Mikongo you come through the Bwiti village of Makoghe.

In the Ivindo National Park live among other things forest elephants, lowland gorillas and Sitatungas (moor antelope), which can be observed on Bais (clearings) in the rainforest. It’s expensive (over $ 300 all inclusive per night) but a once in a lifetime experience.

Mayumba in the south offers Gabon’s most beautiful beaches. You can also see whales (July to September) and sea turtles (November to January) in the right season.

Art Burkina Faso is a land of masks. Most of the larger groups of people use masks, except gurma and lobi. Marka’s masks in wood and leaves produce forest sand (do) and are worn in the dance during purification ceremonies and burials. In his art, Kurumba confines itself to a few forms, primarily an antelope […]