A large part of the traditional arts and crafts in Gabon is linked to secret societies. The ancestral cult is important and is reflected in the sculptures, masks and shrines of the folk groups. Many folk groups usually store revered ancestors’ relics in special containers usually with a figurine placed on top. These so-called guard figures depict anthropomorphic figures in a largely stylized form. The guard figures are made of wood and in many folk groups they are decorated with, among other things. copper, brass and leather details. A number of Gabonese people make masks with the heart-shaped and white-colored face typical of the region. Many of today’s artists have a strong relationship with traditional art and crafts, eg. Koumba Gratien, Zephyrin Lendogno and Marcellin Minkoe-Minza. 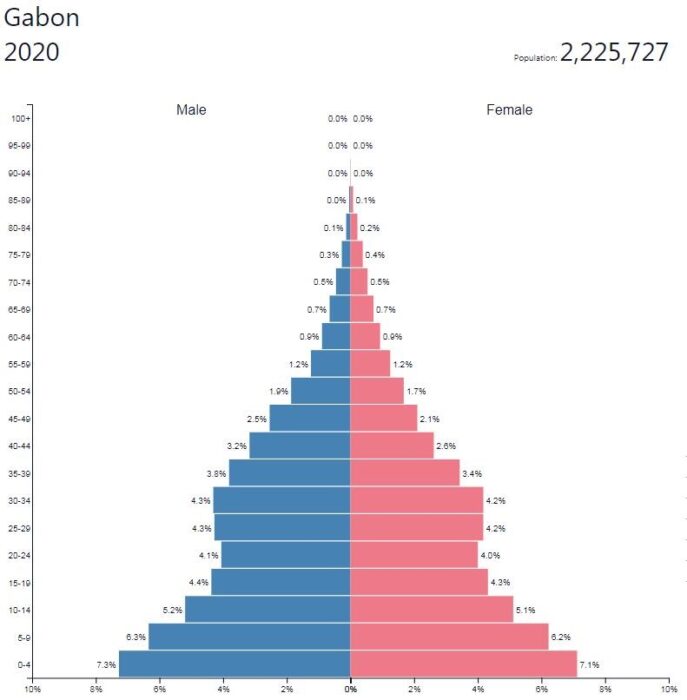 All folk music in Gabon is basically vocal based. Short melodic phrases, in alternating ascending and descending movements with mainly quarter, quint and septima intervals, are usually based on diatonal stores of 5–6 tones. In addition, a question-and-answer type singing technique creates a counterpoint of a counterpoint function. In addition to drums of various kinds, string instruments are prominent. A peculiar one is mvet, a so-called harp citrus with 3-4 strings. when performing epic.

Early Gabonese popular music was heavily influenced by soukous, the Congolese variety of rumba. A central position in the country’s musical life is Pierre Akendengué (born 1943), who, after living in France for several years, returned to his home country and subsequently became a cultural adviser to the president. In his music he mixes both French and indigenous languages ​​as well as Western and traditional instruments. He has also traveled around the country to record traditional music among other things. pygmy population.

Among the dominant artists in the period after independence were Hilarion N’Guema (born 1943), who with the Afro-Succès orchestra played music that drew inspiration from both indigenous tradition and neighboring countries as well as Europe and Latin America. Mention can also be made of Mackjoss (really Jean-Christian Makaya; born 1946) and his band Negro-Tropical.

Until the one-party system in the country was abolished in 1990, it was common for musicians to apply to orchestras affiliated with either the military or the police. During this time, modern recording studios also attracted artists from abroad to Gabon. President Omar Bongo supported the music scene and Patience Dabany (actually Joséphine Dabany; born 1944), who was married to Bongo in 1986, has later achieved success as a singer. From the late 1980’s, Afro-zouk, the African variant of the Caribbean genre zouk, became popular, among other things. through “Bané” which was a big hit with Oliver N’Goma (1959–2010). Vicko’s Ekondo is one of the country’s most successful artists.

Examples of artists who have had success during the 2000’s are Annie-Flore Batchiellilys (born 1967), Landry Ifouta (born 1969) and Kacky Disco (born 1964). with music linked to the popular dance styles cranning and riengo. As in many other African countries, reggae and hip hop are popular genres in Gabon.