Ethiopian literature originated in the translation of the Bible from Greek and Syriac to geez (giiz) in the 400’s and 500’s. From the Aksum period, a number of important dogmatic and liturgical texts have also been preserved. In the 1300’s, the literature was enriched with translations and editions of Arabic texts as well as original works on geez. Of particular interest is “Kibre Negest” (“The Glory of the Kings”) – which includes contains the story of Queen Sola’s visit to King Solomon and their son Minilik, the origin of “the Solomon dynasty” in Ethiopia – and the Ethiopian law book “Fitha Negest”. The epic depiction of King Amde Siyon’s 1329 war train is an early highlight of Ethiopian chronicle literature. In the 15th century, the literature was further developed, among other things. in the form of hagiographical writings and King Zera Yaʻiqob’s “Meshafe Birhan” (‘The Book of Light’), which contains the King’s admonitions to his people regarding the Reformation of the Church. Amharic was used at the earliest in tribute songs to kings like Amde Siyon. The first Chronicles of Amharic came in the middle of the 19th century. 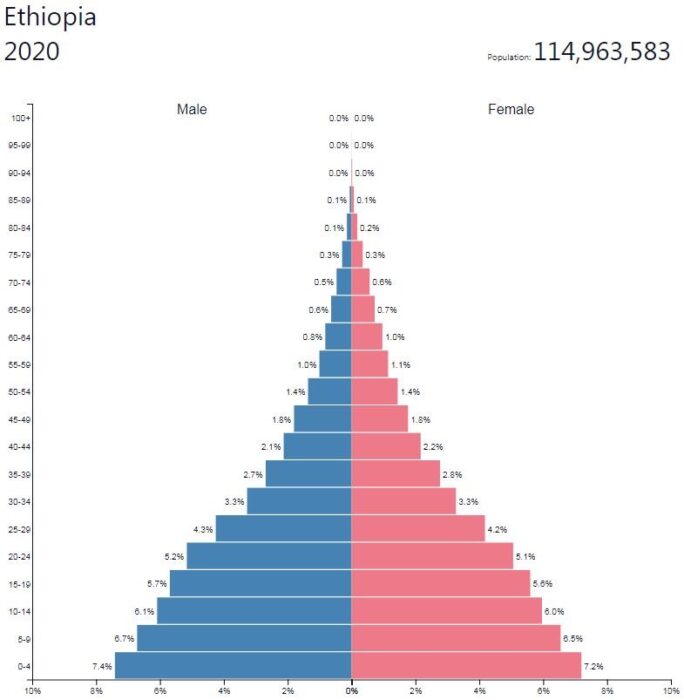 An Ethiopian fiction in the modern sense was first created in the 20th century. The pioneer was Afe Werq Gebre Iyyesus, who chose to call his novel “Libb-welled tarik” (“History Born from the Heart”, 1908), which is at the same time the Ethiopian term for fiction. The politician, diplomat and writer Hiruy Welde Sillase has written historical and biographical works as well as the popular allegorical work “Wedaje libbe” (‘My heart is my friend’). After the war of 1935–45, much of the Ethiopian novel literature dealt with topics such as changes in traditional morality, education, power structure, and ownership. Among more important authors are Mekonnin Indalkachew, Taddese Liben, Abbe Gobeñña, Birhanu Zeryihun, Daññachew Werqu and Be’alu Girma.

Ethiopia’s modern theater has its origins in the singing and dance troupes that subtly performed patriotic resistance songs, poems and dances during the Italian occupation (1936–41). There are theories of an ancient theater tradition, but evidence is lacking. The Ethiopian drama derives its substance from popular narrative tradition and, above all, from Biblical and Ethiopian history. The tragedy “Tewodros”, for example, about the fight against the British in the 19th century, was written by Girmachew Tekle Hawaryat circa 1950 and used as a weapon in the current resistance to Britain.

In Addis Ababa there are four large theaters with fixed ensembles. In Amharic, dramas are performed by native writers, but also by classic European writers such as Shakespeare, Molière and Gogol. Since parts of a feudal structure are still present in Ethiopia, these classic works vividly reflect contemporary Ethiopian society. Combined with newly written, contemporary Ethiopian plays, they form a rich, popular and very popular repertoire. The companies tour all over the country and in country towns there are amateur ensembles under professional management. Artistic and technical staff are trained at Addis Ababa University’s stage school. In addition to Girmachew Tekle Hawaryat, Ethiopian dramatists include Mengistu Lemma, Tsegaye Ghebre Medhin, Mammo Taddese, Tesfaye Gessese and Alemsehay Wedajo.

Ethiopian art has developed in the church fence. The book painting has often attracted attention, but church paintings and icons are equally valuable from the aesthetic and cultural-historical point of view. Round sculpture is rare and reliefs are rare.

Ethiopian painting is unique in character; figures and pixels are produced in saturated, powerful colors; Frequent dark contour lines reinforce the impression that each element is significant. The kinship with the art of the Eastern churches can be seen in the frontality of the images and stereotypical figures.

The book illustrations are made on parchments by anonymous masters, usually at one of the country’s many monasteries, where for centuries the systematic copies of the sacred scriptures have been systematically copied. 1300’s and 1400’s images from gospels are considered to be of particularly high artistic quality, as are 1600’s and 1700’s paintings made during the Gonder period. During the later flowering period, the artists were influenced by European Renaissance art. The faces and the costumes of the pictures were painted with elements of light and dark shades that gave the feeling of volume. Some popular motifs from this era have been drawn with European graphic magazines as a model.

The development of the folk painting took off at the end of the 19th century. As in pictures from earlier times, one can see several pictures painted in series in one and the same composition to be read consecutively. There are also single-subject images with, among other things, battles from Ethiopian history, royal hospitality and picturesque depictions of Ethiopian everyday life.

During the 20th century, interest in modern extra-curricular art grew. A state art school was founded in the 1950’s. There, most of Ethiopia’s modern visual artists and sculptors have been trained. Among the country’s established artists can be mentioned the school’s first leader Alefelege Selam (born 1924), the former head painter Afewerk Tekle (born 1932) and the modernist Gebre Kristos (1932-80).

Church building in Ethiopia follows traditions dating back to the 300’s AD. Distinctive are the many rock churches, and most notable are the churches in Lalibela from the early 13th century, which are considered unique in the Christian church architecture and which have been declared by UNESCO as a world heritage. These buildings with varying floor shapes have been completely or partially cut out of the massive rough cliff. The ornaments can be traced to Aksum, a religious center known from the century BC, where a number of stones of stone, the highest over 30 m high, exhibit the same ornamental forms as the rock churches of Lalibela. The main church in today’s Aksum is the Sion Cathedral from the 1650’s, built under Portuguese influence at the site of the old shrine. Church buildings from later centuries generally follow tukulnscentral type with conical roof. The façade articulation varies widely from traditional clay wall to European classicist tradition.

During the 1600’s, Gonder became the capital of a kingdom under King Fasiledes (1632-67). His palace, which was gradually built by his successors, bears traces of both Portuguese and Arab influence and is characterized by his dome-covered towers of great expressiveness and beauty.

Today’s Ethiopian cities consist of a mixture of traditional Ethiopian settlement and Western architecture from the 19th and 20th centuries, primarily of British, Italian and American origin. In northern and eastern Ethiopia, Islamic features are highly noticeable.

Ethiopian music is characterized by the music of the Ethiopian Orthodox Church, the differentiated traditional music of the country’s over 70 different language and cultural groups, where Arabic, Jewish and African cultural influences are found, as well as Western influence in popular and art music. The Ethiopian church’s music consists of unanimous songs, often performed as alternating songs, with rhythmic accompaniment of senasil (sistrum), kebero (cylindrical drum) and mekwamiya (ornate prayer bar thrown into the floor).

The song also includes clapping and liturgical dance. A church singer, debating, must undergo a long and varied education, to a considerable extent based on oral tradition, to learn the extensive repertoire recorded in an Ethiopian church-specific notation.

Other Ethiopian instruments are jars (six-stringed lyre) and the flute instrument washint, an edge flute with four finger holes. Vocal and instrumental vocabulary are pentatonic, where micro-intervals can also occur. The rhythm is usually metrically based, sometimes with polyrhythmic features.

Traditional music has also exerted great influence on popular music as well. Successful singers such as Tlahoun Gessesse (born 1940) and Mahmoud Ahmed (born 1941) have throughout their careers had both modern and traditional material on the repertoire. A unique position occupies Mulatu Astatke (born 1943), the originator of the special genre commonly called Ethio jazz. Another prominent instrumentalist is saxophonist Getachew Mekurya (born 1937).

Ethiopian popular music has not yet reached the same heights as during the so-called golden era of the 1960’s and 1970’s. The development was hampered by Haile Mariam Mengistu’s dictatorial rule (1974–91) with its harsh censorship. Many Ethiopian musicians therefore chose to emigrate while it was still possible, including singer Aster Aweke (born 1961), who was one of the first to reach an audience outside Ethiopia. From the second half of the 1980’s, Neway Debebe (born 1961) emerged as one of the biggest stars. Another successful artist recently is Netsanet Mellesse.

Despite Emperor Haile Sellassie’s central position in reggae music, there is no real connection between this genre and Ethiopian music.