Eritrea disengaged from Ethiopia in 1991 after a long liberation struggle, and became formally independent in 1993. A newly formed transitional government was commissioned to establish political structures, write new constitution and conduct national and local elections. The Constitution was ratified in 1997, but has never been implemented. Local and regional elections were held in 1999 and 2004, while national elections have never been held. The National Assembly met last time in 2002. People’s Front for Democracy and Justice (PFDJ) / People Movement for Democracy and Justice, which is identical to the former liberation movement EPLF, the party that ruled this development, with Isaias Afwerki as party leader and as the country’s president. In other words, Eritrea has moved in an increasingly totalitarian direction with the PFDJ as the only legal party. The country has also become more and more closed, making it difficult to get a clear picture of the political situation.

The National Assembly is the supreme legislative authority and consists of 104 members. Of these, 64 are appointed, while 40 are reserved for the PFDJ Central Committee. The National Assembly has one chamber, and the President of the Assembly is also the head of state. The executive rests with the president, a position that Isaias Afewerki has held since the liberation of Eritrea. The president also appoints his own government, which has 18 ministries.

As mentioned, national elections have never been held, and the country is gradually moving towards a one-party state. These developments began to take effect during the 1990s, but became evident after the arrests of the so-called G15 group that opposed the president in 2001, and after the riots that followed the defeat in the war against Ethiopia (1998-2000).

Eritrea is divided into six regions: Anseba, Gash-Barka, the Northern region, the Central region, the Northern Red Sea region, the Southern Red Sea region, and the Southern region. These regions are again divided into 58 districts. The regions are led by state-appointed administrators, but have their own regional assemblies where members are elected through direct elections. The last time local elections were held was in 2004. 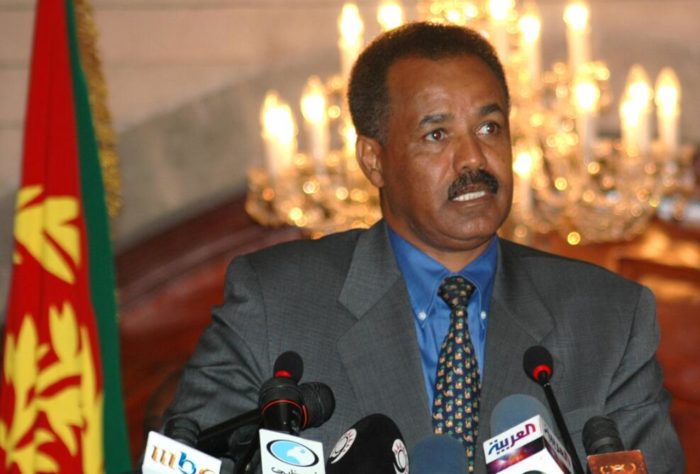 The Eritrean judiciary is under organization. It is during the transitional period based on the laws of the liberation front passed before and after independence, as well as on elements of customary and Islamic law. The courts are formally dependent on the legislative and executive power, but have in practice been strongly influenced by the dominant PFDJ. The judiciary is divided into three levels, with local courts, regional courts and a national Supreme Court. The local courts are based on customary law, and judges at this level are usually village elders. It is estimated to be approx. 680 such local courts. In addition, there are Islamic Sharia courts with legal authority in the field of personal and family law.

In addition, there is the so-called Special Court. Initially, this was to deal with corruption cases, but has gradually secured extensive – and unclear – legal authority. The accused is not entitled to representation. Since the President is the one who directly finances and staffs the Special Court, it is obvious that it is subject to the executive power.

South Sudan or officially the Republic of South Sudan, is the youngest nation in the world, having only emerged in 2011 after a long civil strife. Its capital is Juba, with approximately 250,000 residents, while the total population is about eight million residents. Most of the population is engaged in subsistence agriculture, but the country’s main wealth is oil, from which it produces […]

Languages ​​and Literature in Ancient Egypt

Three Kushite and Meroitic kingdoms, including the Napata and the Ballana culture, were established in the north and center of the territory that is now Sudan since ancient times; the region was also called as the Kingdom of Nubia and those civilizations flourished mainly on the river Nile from the first to the sixth cataract. These kingdoms were influenced by Ancient Egypt, and then they influenced the Egyptians. […]