Egypt is a republic in the northeast of Africa, partly in southwest Asia (the Sinai Peninsula ). The country borders Libya, Sudan, Palestine ( Gaza ) and Israel. In the north, the country has a coastal strip towards the Mediterranean and in the east towards the Red Sea. The population of over 100 million (2018) is the largest in the Arab world, and rapidly growing. The official language is Arabic.

Egypt has a documented history dating back to ancient times, and has played an important role in the region for several periods. This has contributed to the country’s political role and the people’s cultural self-awareness. In recent times, Egypt, by virtue of its history, size and location, has taken a leadership role in the Arab world – and in the Middle East conflict. 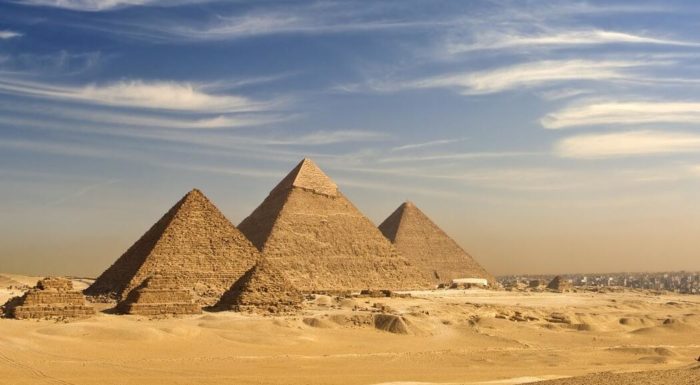 Egypt covers a land area of ​​one million square kilometers. The nature is largely desert, and the vast majority of the inhabitants live along the Nile, in the Nile Delta and along the Suez Canal in the north of the country.

The Nile, Africa’s longest river, flows throughout Egypt and into the Mediterranean. It divides the desert plateau that dominates the country into four main geographical regions: the West Desert, the Eastern Desert, the Nile Valley and the Nile Delta, as well as the Sinai Peninsula.

Egypt belongs to the same animal geographic region as Europe and most of Asia, but wildlife is relatively poor in species. Plant life varies greatly between the desert areas and the oases and the areas around the Nile Delta. Egypt has a mainly dry and warm desert climate with little rainfall.

In 2015, plans were presented to build a new administrative capital 45 kilometers east of today’s capital, Cairo.

Egypt is the most populous state in the Arab world, and it has the third highest population in Africa. The population of about 100 million is growing by almost 2.5 per cent (about 2.5 million people) per year. Egypt is one of Africa’s most urbanized countries, and a lack of suitable agricultural land leads to a strong relocation, especially to the major cities of Cairo and Alexandria. Unemployment is high, especially among young people. It has contributed to political discontent, which among other things resulted in the uprising in 2011-12. Living is difficult for many; there is widespread poverty both in cities and in rural areas.

The population consists essentially of Egyptian Arabs and African Nubians. There are still nomadic or semi-nomadic groups with their own ethnic characteristics in several of the desert areas. Islam is the dominant religion, with about 90 percent of the population professing to Islam ( Sunni ); the rest are mainly Christian (most of whom are Coptic ). Militant Islamists have been active in Egypt for many years, including attacking Coptic churches.

The language of Ancient Egypt was Egyptian (Ancient Egyptian). It died out from the 7th century, supplanted by Arabic.

Egypt has been a republic since 1953, after the monarchy was abolished through a military coup in 1952. Since then, military leaders have had a great influence on the governance of the country. For a long time, this took place, among other things, through a dominant state-bearing party.

The legislative power lies in the National Assembly. Both this and the president have been elected in recent years. The President appoints the Prime Minister and the Government. Egypt has restricted freedom of organization and expression, and has long had restrictions on which parties and candidates have been able to stand for election. Human rights violations have increased in recent years, after the military leadership took power in 2013.

In 2011, during the Arab Spring, Egypt experienced an uprising that led to reforms in the regime, which forced the departure of President Hosni Mubarak. After him ruled a military council until the presidential elections were held in 2012. It was won by Mohamed Morsi of the Muslim Brotherhood. After new, comprehensive demonstrations, he was himself deposed by the top military leadership in July 2013. A new constitution was approved in a referendum in 2012, but suspended at the same time as Morsi was deposed. A new constitution was passed in January 2014, after which a new presidential election was held. Resigned General Abdel Fattah al-Sisi was then elected, and in 2018 he was re-elected.

Egypt’s history spans three millennia during the Pharaoh dynasties, before being subject to foreign rule and becoming part of the Arab culture; later with Islam as a central social force. Egypt was ruled by Britain from 1882 to 1922, with full independence only after World War II.

The country is rich in ancient monuments. The Pyramids at Giza and the Valley of the Kings at Thebes are part of the world’s cultural heritage, and are among the foremost attractions in Egypt’s economically important tourism industry.

Egypt has been a center of power in the region since ancient times. Due to its history and size, the country has maintained a strong position in recent times as well. This is due in particular to the role of Egypt under young and radical officers, with Gamal Abdel Nasser as the central leader, playing with his pan-Arabism as inspiration for other parts of the Arab world after the 1952 revolution. Egypt took a leadership role in the fight against Israel and as supporter of the Palestinian liberation struggle but suffered defeat in the wars against Israel in 1956, 1967 and 1973. Under Anwar al-Sadat as president, Egypt in the late 1970s radically changed its foreign policy by approaching the United States, at the expense ofSoviet Union . Following the US- led Camp David negotiations, Egypt signed a peace treaty with Israel in 1979 . The country was then isolated for a period in the Arab world, but has later regained its leading position.

Egypt has remained a close ally of the United States, but from the mid-2010s has also strengthened relations with Russia. In the Middle East, after the revolution in 1952, Egypt had particularly close relations with Syria, and the two countries were united in a political union in 1958–61; United Arab Republic. Egypt then competed with Iraq to be the panarabic leader. Egypt participated in the coalition that attacked Iraq ( the Second Gulf War ) in 1991, but has refrained from engaging militarily in the Syria war of 2012. Egypt has expressed political support for the Syrian government.

In the 2010s, a local part of the Islamic State (IS) has established a foothold on the Sinai Peninsula. In the fight against IS, Egypt has received military support from Israel. A multinational force, with Norwegian participation, the Multinational Force and Observers (MFO) is stationed in Sinai, to monitor the peace agreement with Israel.

Egypt is North Africa’s largest economy, with a complex business and a significant modern sector. Agriculture plays an important role in employment and value creation, while at the same time the industry and the service sector are significant. Taxes from the Suez Canal are also an important source of income.

Agriculture is traditionally the most important trade route, and consists of both modern operations and traditional small farms, with production including cotton for export and food for local consumption. Limited access to land and water, environmental problems and population growth means that Egypt is not self-sufficient in food. The service sector includes the important tourism industry, which is one of the country’s leading sources of revenue. It is vulnerable to political turmoil and has been characterized by crisis during periods, especially after cases of terrorist attacks.

Egypt has significant oil and gas deposits, but has a relatively modest production, especially in the Middle East context. The energy resources, including hydropower from the Aswan dams in the south, have contributed to industrialization. Egypt is investing in solar energy development. The containment of the Nile by Aswan has been important to agriculture, and a political conflict has arisen with Ethiopia, after this country itself began the containment of the Blue Nile.

After a period of planning economics from the revolution in 1952, economic policy was shifted towards greater market orientation in the 1980s and 1990s, a trend that has continued ever since.

Egypt has a rich cultural history and has also played a central cultural role in the region in modern times. The country has several internationally renowned writers, and Egyptian films and TV productions are widespread in the Arab world. Even in ancient times, Egypt had a rich literature, partly in stone and partly in papyrus; from early on mediated through hieroglyphs. Among the earliest, best-known works is the history of Sinuhe – a story of life in Egypt around 1350 BCE.

From modern times, Naguib Mahfuz (1911–2006) is among the internationally best known writers; he was awarded the Nobel Prize for Literature in 1988. Egyptian cultural life has been characterized by political restrictions in recent times, but has just as well had better conditions than in some other Arab states. Among other things, the country has several major newspapers. Freedom of speech is equally limited, and has been further reduced under President Sisi.

The school and education system in Egypt is relatively well developed. Nine-year schooling is compulsory, and further education was previously encouraged with a guaranteed position in the public sector. Egypt has several universities, with the world’s oldest still operating: the al-Azhar religious doctrine in Cairo. 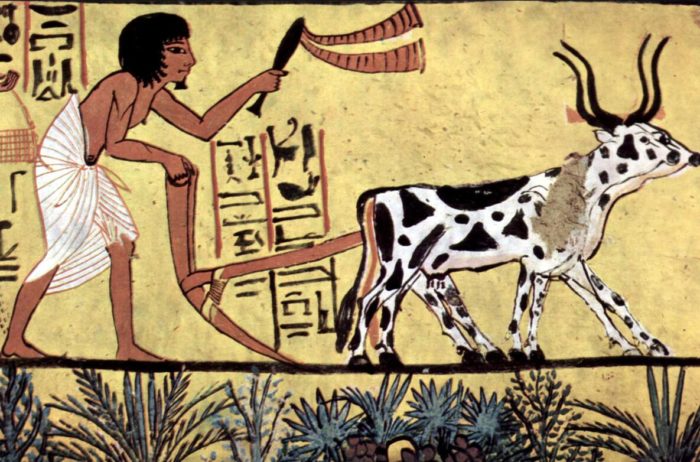 Society in Ancient Egypt was largely hierarchical and stratified. At the bottom stood farmers and workers who also made up the majority of the population.