Egypt has some exciting vacation destinations that will invite you on an unforgettable trip. The land of the pharaohs welcomes between 300,000 and 800,000 visitors from all over the world every month, depending on the season. According to statista, 826,000 visitors were registered in Egyptian accommodations in October 2017. No wonder! Because there is hardly a vacation that can be as varied as a vacation in Egypt. From a wonderful beach holiday with impressive diving and snorkeling excursions underwater to desert tours on which you can immerse yourself in the 5,000-year history of the ancient Egyptians, but also practice modern sports such as quad biking, everything is possible. Find out below briefly and compactly what distinguishes the most popular holiday destinations in Egypt ! 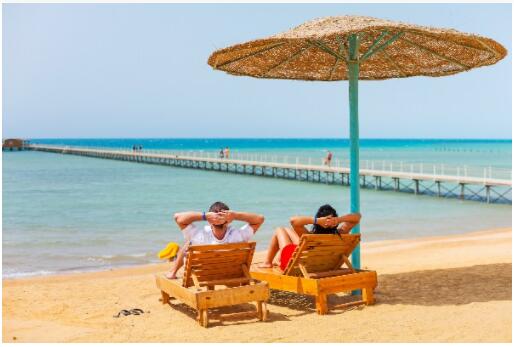 The most popular vacation spot in Egypt is Hurghada. The city around the Bay of Hurghada, which has grown year after year with the crowds of tourists, offers everything a vacationer’s heart desires. There are numerous hotels in Hurghada, mostly with an extensive all-inclusive offer and a beach with a colorful reef right in front of the door. You will also find many tour operators in Hurghada who can easily and quickly organize excursions, and an airport that is only a few kilometers from the city center. If you want to go on a little excursion, you can easily order a taxi from the hotel and, for example, to the new marina in Hurghada drive. In addition to numerous shops, you will find various restaurants and bars here. The marina with its luxury yachts and the well-tended promenade is one of the most beautiful places in Hurghada. Safety is also very important here alongside cleanliness. Everyone who wants to enter the marina has to pass a control station at the entrance. In my Hurghada tips in the travel magazine you can get more information about the most popular seaside resort in Egypt. 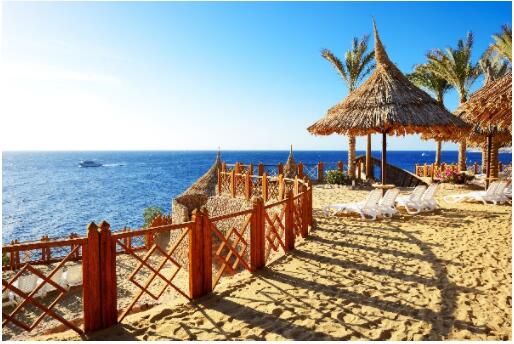 In addition to Hurghada, Sharm el Sheikh on Naama Bay is one of the most popular travel destinations in Egypt. Other names for Sharm el Sheikh are “Sharm El-Sheikh” or “Sharm el Sheikh”. Located in the south of the Sinai Peninsula, with its international airport and numerous restaurants and bars, it is also perfectly geared to holidaymakers from all over the world. Similar to Soma Bay, it scores with numerous upscale hotel chains. There are some professional golf clubs in the suburbs and in the nearby town of Naama Bay there are even a few casinos – an absolute novelty for the otherwise rather conservative Egypt. In addition to typical excursions such as quad tours and camel rides in the desert, Sharm el Sheikh is particularly enthusiastic about the colorful underwater world. The high security measures may unsettle or deter some holidaymakers, but unfortunately they are incessant due to the partial travel warning in Egypt, which was issued for parts of the Sinai Peninsula. Try to see the police officers in the resorts as friends and helpers who take care of your safety. Then nothing should stand in the way of a great vacation. 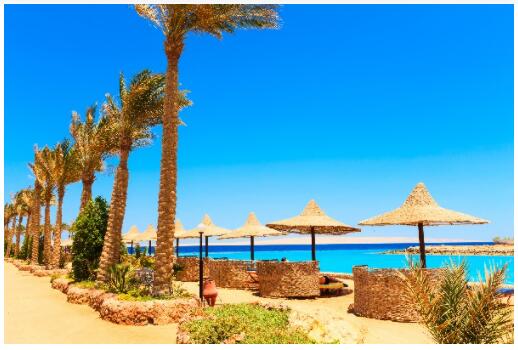 With El Gouna I would like to introduce you to a holiday destination in Egypt that few of you have known so far. With its seawater desalination plant and high level of environmental awareness, the lagoon city is one of the pioneers of sustainable tourism in Egypt. The independent city is clean and looks really idyllic with its numerous canals, along which colorful houses and hotels are lined up. Unlike, for example, in Hurghada or Sharm el Sheikh, Egyptians also live and vacation in El Gouna, which contributes to the fact that the city is not a pure tourist construct. You will of course also find plenty of hotels for every budget here. In addition to the activities typical of Egypt, you can also take part in wine tastings in El Gouna and play a game or two of golf. Numerous restaurants participating in an innovative Dine Around program take part, bring culinary diversity to your all-inclusive vacation, and the modern marina invites you to stroll and shop. In contrast to other holiday destinations in Egypt, you are not harassed or harassed by sellers in El Gouna, so you can stroll through the shops in peace. By the way, El Gouna doesn’t do things by halves when it comes to security either and has the entrances to the lagoon city guarded by security guards and barriers. 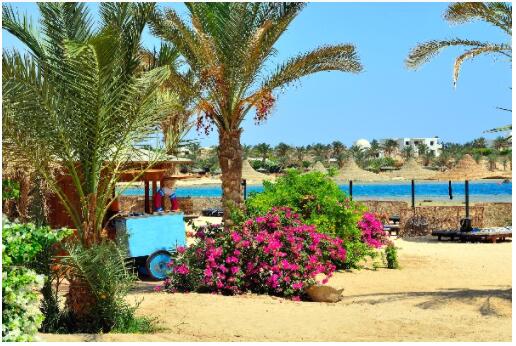 Marsa Alam is just under 300 kilometers south of Hurghada. The small coastal town has a small airport that is around 70 kilometers away. First and foremost, the Marsa Alam is an Eldorado for underwater sports enthusiasts. The reefs off the coast are largely intact and lure with an underwater world that you will probably not find a second time in Egypt. Dolphins, sea turtles, dugongs, moray eels and colorful fish cavort in the reefs and caves and make every dive unforgettable. The fact that the underwater world off Marsa Alam is still so intact has something to do with the fact that the coastal town has so far been visited by few holidaymakers. So that it stays that way for a long time, you should do your diving or Snorkeling trip in the Red Sea make sure that you only undertake it with a reputable provider who cares about the protection of the unique underwater world. In this way you too can contribute to protecting the corals! In addition to diving and boat tours, you can also take a trip to Wadi-al-Gamal National Park or to Luxor in Marsa Alam. 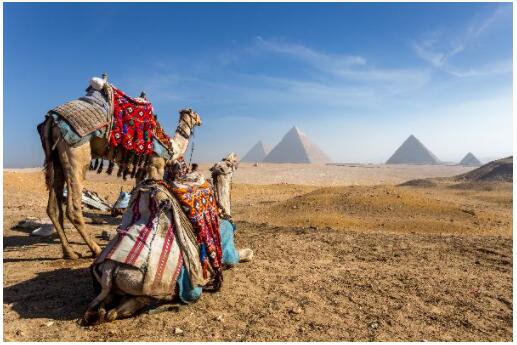 The Egyptian capital Cairo lies on the Nile. It is particularly worth a visit for the culture enthusiasts among you. In the heart of the city you ‘ll find the Egyptian Museum, which exhibits 5,000-year-old artefacts from Egyptian history and royal mummies. In the center of Cairo is also Tahrir Square, which has been a symbol of the Egyptian revolution since the political upheaval in Egypt in 2011 applies. The government buildings and many well-known sights are lined up here. The Muhammad Ali Mosque is also worth seeing in Cairo. The medieval citadel is located on a hilltop above the city and impresses in the Ottoman style. Below the church is the Islamic center of Cairo. Here you can stroll along the winding streets and stroll in the largest bazaar in Africa, the Chan el-Chalili. If you want to get a great panoramic view of Cairo, climb the 187 meter high television tower. It is located in the green Zamalek district on the island of Gezira. Thanks to its proximity to the smaller neighboring city of Giza, Cairo is also ideal for trips to the Giza pyramids and very popular with the Sphinx. Many tour operators offer tours that visit both cities. 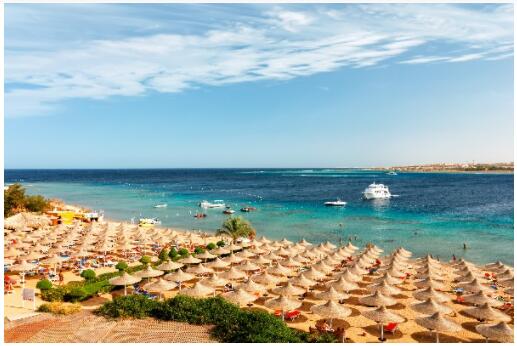 The small resort of Makadi Bay is located around 30 kilometers south of Hurghada. The bay is located on the Egyptian Riviera on the Red Sea. Although there are fewer hotels here than in Hurghada, this seaside resort is still very touristy. In the center of Makadi Bay there is a gently sloping sandy beach that invites you to swim. The Arabian desert begins behind the hotel complex. In front of the bay are some coral reefs and Giftun Island. If you want to spend a relaxing holiday and discover other seaside resorts than Hurghada, this bay is just right for you.

Soma Bay is about 15 kilometers to the south on a peninsula. What makes them special is that you will find more and more luxury hotels here. Because this exclusive resort was created artificially. It belongs to the Red Sea Riviera and is fully adapted to the needs of those seeking relaxation. From diving, kite surfing and golf to pleasant wellness treatments and thalassotherapy, everything is possible here. If you value an exclusive vacation on the Red Sea, Soma Bay is the right place for you.

The End of African Slave Trafficking was motivated by economic, humanitarian and religious reasons. Throughout the nineteenth century several European nations banned the slave trade and abolished slavery in their colonies due to a change in mentality and the mode of production. Abstract With the consolidation of the Enlightenment and liberalism, the ideas that judged black Africans […]

The architecture of the so-called “paleoetiopic” period (last centuries before Christ-VII century AD) is characterized by massive constructions whose function has not yet been clarified (religious, civil or funeral), springs on a high podium (approx. 5 m) of limestone blocks with access steps. According to a2zgov, nothing remains of the elevated walls, built with the […]

Rwanda is located a little south of the equator in the transition from East Africa to Central Africa. The landscape is taken up by a plateau. The west with the large Kiwu Lake belongs to the area of ​​the Central African Rift. In the north rise the Virunga volcanoes with the 4507 m high Karisimbi […]