Egypt has been a republic since 1953. The legislative power lies in the National Assembly. The country’s head of state is the president, who appoints the prime minister and government.

A great deal of power is gathered in the hands of the President. After the uprising in Egypt in 2011, constitutional issues have long been a key issue in the country. Among the most important issues have been the role of religion in legislation, the position of the military, civil rights and the organization of the regime. 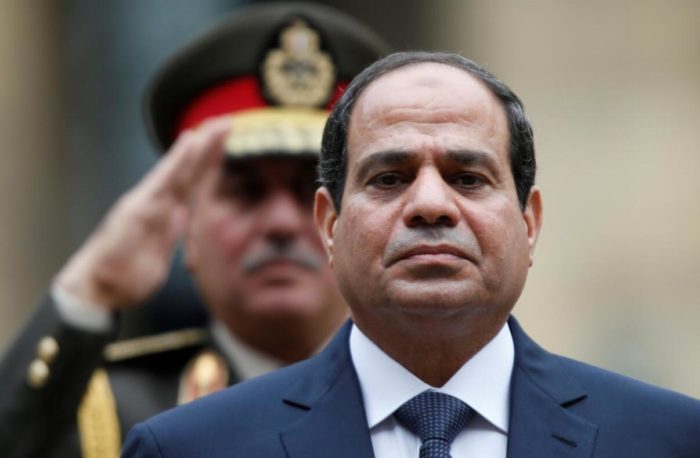 Egypt’s current constitution dates from 2014. It replaced the constitution introduced in 2012, when President Mohamed Morsi of the Muslim Brotherhood sat in power. Critics felt that the 2012 Constitution gave religion a more prominent role than had been the case before. President Morsi was deposed in a military coup carried out in July 2013, and in January 2014 the new government presented a new constitutional proposal that was presented as more secularly oriented than the previous one. This was passed through a referendum in which 98 per cent of those present voted in favor of the new constitutional proposal.

The current constitution is based on the constitution that was introduced in 1971, and proposes a political system in which the head of state is the president. The 2014 Constitution differs from previous amendments in that Parliament is given the opportunity to vote in distrust of the president, and by two-thirds majority forcing through new elections.

When the new constitution was introduced, it announced that the president could be elected for a maximum of two presidential terms of four years. However, this was changed after Parliament passed amendments that were then approved in a referendum in spring 2019. The changes extended President Abdel Fattah al-Sisi’s second four-year term to six years, and allowed him to propose a third term, including this one. six years. Both formal and informal obstacles place clear restrictions on who can stand for election, and in the 2018 presidential election, only one candidate challenged incumbent President al-Sisi. Al-Sisi won the election with over 97 percent of the vote.

Egypt’s Legislative Assembly is called Majlis al-Nuwwab, the Assembly of Representatives. The composition of the Assembly was changed with the 2014 Constitution. The Assembly today consists of 596 representatives, of whom 448 are elected as individual candidates, 120 are elected through a party list system, and 28 representatives are appointed by the President. First elections under the new provisions were held in the fall of 2015.

However, Parliament’s authority is limited, and the Assembly is today completely dominated by supporters of the sitting regime. Until the 2014 Constitution was implemented, Parliament also consisted of an advisory assembly ( Majlis al-Shura ).

The role of religion

The role of Islam and religion in legislation has been the subject of considerable debate in Egypt. Section 2 of the 2014 Constitution states that principles of Sharia law are the main source of legislation, but a controversial provision of the 2012 Constitution, which allowed for stricter interpretation of Sharia, has been removed. In addition, a previously abolished ban on religiously based political parties has been reintroduced – a ban that, among other things, strikes the Muslim Brotherhood’s Freedom and Justice Party. However, the Salafist- inspired Nour party, which supports President al-Sisi’s regime, is still allowed.

Administratively, Egypt is divided into 27 governorate-controlled provinces and these again into local units, formally governed by elected councils. Egypt’s policies have traditionally been heavily centralized, but since 1975 the authority has been to some extent decentralized, primarily for the benefit of the governors.

The judiciary is characterized by both French and Islamic law. The courts are more independent than in many other Arab countries. The Constitution establishes the independence of the judges and that judges cannot be dismissed. This independence reflects the strong position of the legal profession in the country. Between 1876 and 1949, Egypt had a system of so-called “mixed courts”, manned by both European and Egyptian judges, who dealt with cases that affected foreign interests in Egypt.

As the supreme court, the highest administrative court acts. The prosecuting authority is managed by a public prosecutor and a prosecutor. A government minister has jurisdiction in cases involving administrative disputes and disciplinary cases within the judiciary. A Supreme Council of Ministers shall ensure the independence of the courts. It is also consulted when laws governing the judiciary are to be adopted.